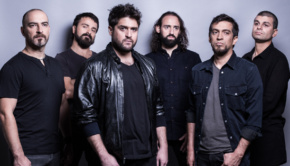 From Chile, Aisles released their latest album, Hawaii, a few months ago and are about to tour Europe during the... Read More →

Aisles are a Chilean prog rock band formed a number of years ago and 4:45 am is their third release, issued in... Read More →