I had seen him perform a number of times before, although the very first show I was supposed to attend was called off: just before the gig, the message came that his regular keyboard player had died just a few days before. Obviously, the show was cancelled. After that I went to an open air festival, somewhere in the mid-2000s especially for him, where he was set to play early in the schedule. But not so early that some renowned guitarists who would later appear on the stage as headliners, like Steve Lukather (Toto) and Steve Rothery (Marillion), stood in the wings breathlessly watching the legendary veteran’s performance; a true ‘musician’s musician’. Later, to my unspeakable pleasure, I saw him perform at the Boerderij in Zoetermeer, Holland, where he played an integral version of his iconic live album from the mid-seventies, together with his son.

He looked quite different; how could it be otherwise? We are almost 50 years later. The long curly hair had disappeared and a balding skull was clearly visible. The flashy stage outfit had also been exchanged for a simple shirt and jeans, much more appropriate in the theatres where he was playing now. The days of sold-out football stadiums and the adoration of a largely young audience now lay far behind him. But what remained, this boyish, sympathetic appearance and – last but not least – that great, extremely recognisable guitar playing of his. And his voice, of course, which had lost none of its strength. It didn’t seem to bother him, the changed circumstances, the smaller venues and audiences. He still went for it every time, with heart and soul. Which added to the appeal: touchable, even cuddly, nothing like the Hall of Fame star from the past. He could even joke about it, as is also apparent from his humorous autobiography Do You Feel Like I Do?, which is highly recommended by the way. 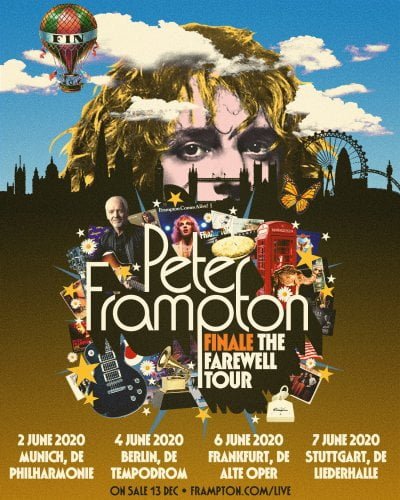 I was somewhat emotional when the news of his illness came out. He suffers from the incurable muscle disease Inclusion Body Myositis (IBM), already at an advanced stage. He will not be able to continue to perform in the near future, his muscles and fine motor skills, vital for any musician, are slowly but surely failing. When the farewell tour was announced, I immediately tried to book tickets; unfortunately, I was too late for the only Dutch performance, in Haarlem of all places. So I looked for the nearest alternative, which turned out to be the Cirque Royal theatre in Brussels, in the centre of the Belgian capital. An old theatre, dating from 1878, a round, seated venue in need of some refurbishment. A fitting environment for the ancient warrior.

Why go to his farewell and not to Genesis/Collins (deliberately), much more up my (prog) alley? A good question that I couldn’t answer right away. The circumstances are roughly the same; both are physically handicapped, at the end of their career and chances that they will ever perform live again are slim, maybe nil. It’s probably the X factor, sympathy for the real rocker, ready to die with his boots on.

I can be brief about the gig itself: it was exactly what I’m used to from him. Brilliant catchy songs with a hook, passionate vocals and heavenly guitar playing on that distinctive black ’54 Gibson Les Paul Custom, nicknamed ‘Phenix’. Seated on a chair throughout the entire performance, just like his band, but still with the same energetic attitude, to produce the best possible show, whether handicapped or not. The farewell was emotional, his ‘No goodbye, so long’ sounded optimistic, against his better judgment. After all, the title of the tour was Finale: The Farewell Tour.

Thanks Peter, for showing me the way, I truly feel like you do. Shine on!! 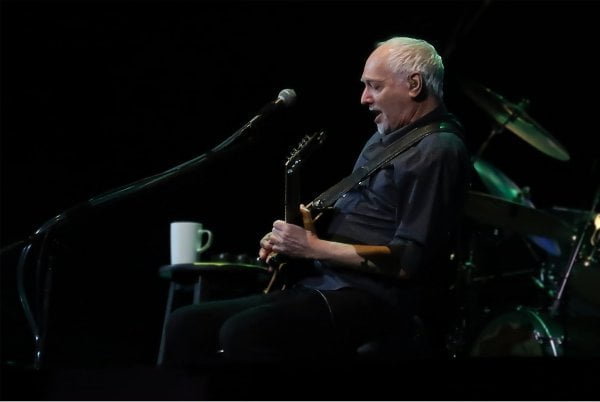