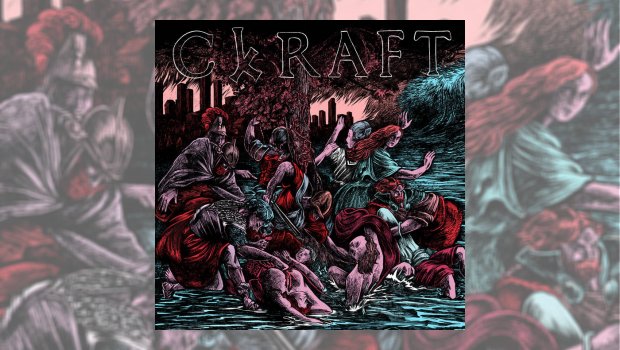 An Englishman, an Irishman and a Frenchman walk into a pub…

Englishers are famously a reserved lot. Some learn to play musical instruments but hide themselves away, worried that someone might hear them before they become competent and smash their instrument like Bluto at an Animal House party. This would be easy in England, as it is unlikely to be an accordion, an instrument which seems far more resistant to being smashed against walls than the go-to instrument which the English have all but adopted as their own – though perhaps more vulnerable to being stabbed. In reality, it is far more likely that the family and friend to whom they play their guitar (as it is very likely a guitar) will give them nothing but encouragement.

Ever been to Ireland?

The Irish are not shy people when it comes to grabbing an accordion and playing it in public, no matter how good the player, and certainly the audience is genuinely delighted and happy to give anyone playing one all the support and praise they could ever want.

There’s also an assumed external perception that the French like to do things their own way. Just look at their cars! Beautiful and adventurous engineering solutions, like the self-levelling suspension in a 2CV, or everything related to a mid-1950s DS. The French are also famous for their love of the accordion, but their approach to the instrument is unlike that of the Irish. Indeed, one might even say that it’s unique and quirky. And one cannot accuse the French of being held back by preconceptions of what instruments belong in which genre. Hence, Djent Accordion augmented with synths in a Jazz Metal construct? “D’accord, pourquoi pas”.

But the accordion is not to everyone’s taste. I am famously guilty in some circles of making jokes at the instrument’s expense (Did you hear about the man who left an accordion in his unlocked car? When he returned there were two accordions). Some even less tolerant and more discouraging folk might find the accordion has similar properties to the bagpipes, or the harmonica, or the sound of chalk on an old fashioned chalk board. And this is why I am (probably) so very wrong about it.

Don’t misunderstand me, this is not an accordion album. I just wanted to show the unique approach and lengths to which the French and indeed CKRAFT are prepared to go in order to make something new and unique and somewhat daring to my prejudiced ears and show that I’d given myself a jolly good thinking to.

So, is it prog? The titles are pretentious enough, but once you’ve got past the titles, you will forgive them. As Gertrude Stein said as part of the 1913 poem Sacred Anteater:-

“An echidna is an echidna by any other name.”

Spoken aloud in the French tongue, even if it is planted firmly in CKRAFTs’ collective Parisian cheeks, I dare say the titles sound wonderful, because… French! But then, CKRAFT has the potential to move you to move.

So, is it easy listening? If you’re asking this question, then what are you even reading this for? No. It’s Gregorian Jazz Metal, silly! But even though CKRAFT claim to be Gregorian Jazz Metal, a genre I presume they’ve invented, I believe the characteristic a cappella monophonic vocal element must refer to the Djent underpinnings, relying more on relentless single note, rhythmical playing, rather than the sacred Latin songs of the 9th Century Roman Catholic Church.

No, this is elementally as multi-genre as the made-up name suggests.

Occasionally the jazz elements are easy to overlook, but sometimes the spirits of the heaviest of the late-seventies jazz-rock bands are conjured up. I can imagine how, if djent had been around when your average four-piece was upright bass, drums, piano and a trumpet, then this music would be easily identifiable as jazz. The stabbing pseudo-brass section made of sax fused with synth-like augmented accordion, from players who could seamlessly sit in with the more seventies orientated and swing-era bands, stamp “JAZZ” all over it. The inventive, driving, clinically powerful drums glue it all together – just like Buddy was the rock solid foundation of his Big Band…

The metal elements are easy to identify. This is because this music is properly bloody me(n)tal heavy. Whilst the djentiest of progressive metal, always experimental, executed with mathematical precision, with guitar and bass that could come from Karnivool or Periphery, this music actually makes the air around you heavier with the sound of it. Even the more restrained interludes make so-called traditional heavy bands feel as light as the band who performed the Postman Pat theme tune.

CKRAFT are the glorious antithesis of prog. Like balky musical nippers, they seemingly revel in producing output you can’t whistle along to. But, my word, can you do the head-bob thing to it! So, no, it’s not easy listening. But if you like music that takes hold of you by the curiosity glands and makes your brain do things, then you probably should get this album. I like it a lot.

Oh, and the accordion sounds FANTASTIC!