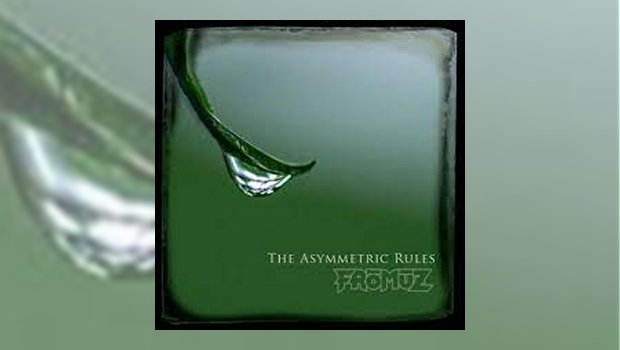 Just over a decade ago I discovered a band called From.uz who, perhaps unsurprisingly given their name, hail from Uzbekistan. They had just released an album called Quartus Artifactus, which I imagine is probably Latin for fourth artefact. Regardless, this was the fourth release from the band, and perhaps the best introduction to them I could have had as it gathered up tracks from the previous three albums and reimagined them. Certainly most of the tracks chosen for Quartus Artifactus I would probably agree to be their “greatest hits”, and definitely they led me to investigate and inevitably purchase the band’s three previous releases. Unfortunately, it appeared that, as I so often seem to manage to do, I discovered the band as they had already come to an end. Released in the same year as Quartus Artifactus was a single titled No More… and it did seem to be the case that there was no more… Until now! Somewhere between then and now, From.uz have lost the punctuation in their name, but their new album shows the band name in the familiar font, and now fashioned more simply as Fromuz. The new album – the first in a decade – is titled The Asymmetric Rules.

Fromuz have always been an eclectic band that have shown themselves willing to change things up for each new release, so I really was completely unsure what to expect from a new album, and even more so when it was so long since I had last heard anything from them. Their debut album was a live album where their sound might probably be best described as jazz-fusion – though more because it was as close as anything came to being the dominant style, rather than because it easily fitted that label. The following album, Overlook, would probably not be described as jazz fusion, but whatever it is, it is probably still my favourite release from Fromuz. However, The Asymmetric Rules definitely comes close to toppling it. This is a phenomenal come-back album, and quite possibly the best thing Fromuz have released yet. The first time I heard it, I was almost wrong-footed by the first song, which is surely the most conventional the band has ever sounded (for about two minutes) – but I really should have known better.

Like every album so far, Fromuz present for our entertainment an incredibly eclectic mix of styles, that seem to draw influences from all eras and genres. It is music without any firm sense of time, and that stops it from falling into the trap so many so-called retro prog bands encounter, where the music sounds dated, uninspired or unoriginal. The music of Fromuz draws from pop, rock, soul, funk, jazz, blues and classical. As well as feeling like music without any firm sense of time, it feels like it has no firm sense of place either, drawing inspiration and sounds from varying regions. All of this adds up to a combination that should sound like a complete mess (and quite possibly might for some listeners), but despite the stylistic leaps and jumps, never feels jarring or forced. I absolutely love the completely different directions Fromuz take in their compositions, often completely contrary to where I expect them to go. With Fromuz, I expect the unexpected, and to be delightfully surprised on my first listen to any release from them – but there was one aspect of this new album that was more surprising to me than any other.

While Fromuz began as an almost wholly instrumental band, No More… suggested that vocals could play a stronger part in the band’s composition, and The Asymmetric Rules shows this to be true. I definitely wasn’t expecting there to be so many vocals on this album, and once I realised that was the case, I definitely wasn’t expecting to enjoy them as much as I do. Generally speaking, when a (mostly) instrumental band introduces vocals, I find it detracts and distracts from what attracted me to the band in the first place. But the vocals on The Asymmetric Rules are great, and I actually can’t imagine the album without them. Quite cleverly, the vocals also provide the asymmetry of the album, as the first lines of Round and Round are reflected in the final lines of No End. But rather than bookending the album with a nice sense of symmetry, there is still one final song to come. Wings of the Fast Lane is the longest track on the album, and has five distinct named passages, one of which is the title of the album. Of course, in what is surely a deliberate case of irony, Wings… has greater compositional symmetry than the album it concludes.

Like previous Fromuz albums, the main tracks are all lengthy, but The Asymmetric Rules does have more shorter tracks than I am used to, or was expecting. The album is basically structured as five main pieces, and five shorter contextual pieces. The track listing shows this, too, as only the main tracks are numbered, and these are shown in larger type than the shorter tracks. This might lead some to think of them as filler, but I wouldn’t be without them, and they are a huge improvement (to my mind) on the “similar” (but completely different) shorter tracks of Seventh Story. They also, depending on which songs you “attach” them to, provide either symmetry or asymmetry to the album. In my head, I think of Overture to No End as being one act or suite, with R-and-G Time being an interlude between that and the second act or suite, the epic Wings of the Fast Lane. But however you take it, this is an absolutely stellar return from Fromuz, and I sincerely hope it is not another ten years before I get to hear the next album.