The Joy Of Being Back On The Road Again

For several years, now, Steve Hackett has been alone in flying the flag for the early material of prog legends Genesis. His annual Genesis Revisited shows have highlighted what, for many die-hard fans, is the essential catalogue of classic 1970s Genesis albums. Steve Hackett’s guitar was crucial to the musical texture and success of Genesis from 1971 to 1977 before he left to further explore his own musical ambitions.

Before the global pandemic struck, Steve had planned for his band to perform, in its entirety, the classic Genesis 1977 double live album Seconds Out. Twelve months on, Steve and his band are back on the road with the tour, delayed by 12 months, Seconds Out + More! I caught up with Steve on the morning after his show at Newcastle’s O2 City Hall to find out what it was like to finally get back on stage after the shut down of the last 18 months.

“Oh, it’s been brilliant! It’s been wonderful, probably our best tour ever!” he exclaimed. “I’ve realised why we do it, all over again. It’s the feeling, there’s something that only a live gig can do. I’m very, very proud of the band, with the team the crack regiment that it’s become. We’ve had fantastic audiences throughout the UK.”

That’s what most musicians love, the energy they get back from a live audience and that shared experience.

“Oh yes and, as the gigs have been progressing, the crowds have got whipped up more as the team has gained more confidence to play with the material, more, and horse around. All of that is very entertaining, it’s become very humorous.” 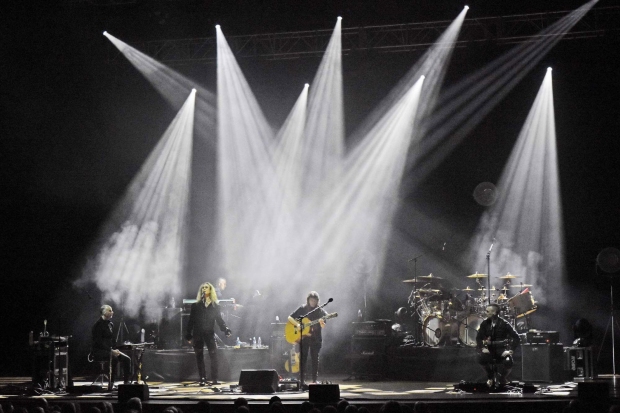 By the time we spoke, Steve was already heading towards the end of the tour. After three consecutive Northern dates: Carlisle, Stockton and Newcastle, he was heading south before returning for the final scheduled gig at The Royal Hall, Harrogate (Friday 22 October) and a rearranged date at Dundee’s Caird Hall the following night.

“Yes,” Steve explained, “they continued to use the (Dundee) venue as a vaccination centre, I believe. We weren’t able to do it on the earlier part of the tour but we’ve added it to the end of the tour. I look forward to doing every gig, I really do, every gig is an opportunity to do something extraordinary.

“We’ve done a lot of zooming about the country but, you know, the time has gone very quickly. We’ve been almost two months on the road, it’s been the most extensive tour I’ve ever done in the UK and we hope to reach Ireland, next year. The team have been looking forward to doing live gigs for quite some time, there’s nothing like having your favourite toy back after it’s been taken away from you!

“It’s been great, too, for the crew, great for all of us to get back to work, an amazing feeling after a long layoff. There’s been a lot of the banter that goes on within the band. There’s this great sense of humour that runs throughout the thing, the band tend to insult each other very creatively!” he laughs. “It’s quite fun, some of the stuff is printable – some of it is not!”

It may be great to get back to a perceived normality again but a major worry for any band heading out on the road, following the pandemic, is the fear of having to cancel dates with the virus still out there in the community. 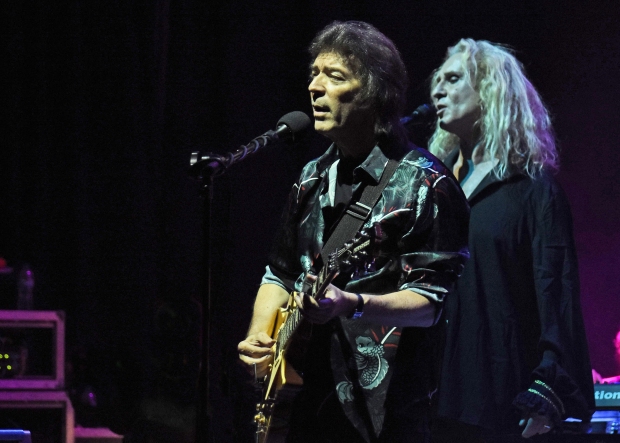 “We couldn’t get Covid insurance for it,” Steve adds, “we’ve undertaken it at huge risk but, I think, the risk has been well worth it, purely in emotional terms, let alone anything else. As I said, you realise why you wanted to do this as a kid all over again.

“You start out the tour, at the beginning, and you hope that everyone remembers everything. Then you get beyond that and it turns into something else, all these little variations, while we’re doing these authentic versions of recorded stuff but there are plenty of things that are spontaneous, so every show is very different to its predecessor. It’s been a complete blast!”

It’s two years since Steve Hackett’s last UK tour, performing the whole of the classic Genesis Selling England By The Pound album and highlights from Steve’s 1979 solo outing Spectral Mornings. When the global crisis struck, in 2020, Steve and the band were in the middle the American leg of the tour and were forced to make a swift exit, leaving behind all their equipment which was returned by sea.

“We were half way through an American tour when Covid struck and everything closed down. We got the last flight back from Philadelphia, literally, by the skin of our teeth. I then got into a whole round of recording and writing. I got the chance to finish off the autobiography, do a live album from the previous Selling England/Spectral Mornings tour, then the acoustic album and a lot of lockdown videos. I wanted to be able to contact the audience that had bought tickets to various things, so we did 16 ‘track-chats’ in quick succession, new things and favourites that people had written in and asked me to talk about, just sitting at home and playing the stuff and talking over it. Surrender Of Silence, the latest rock album, (released in September) has gone down very, very well and, luckily, that turned into a chart album. 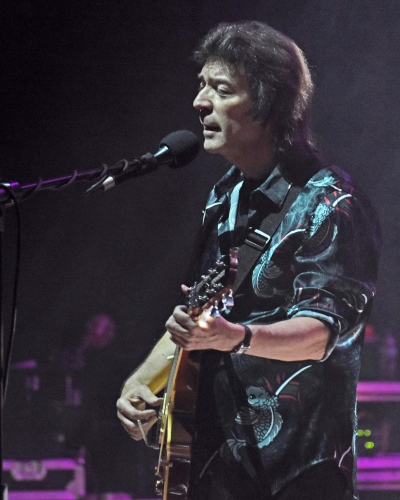 “We had promised, for this tour, we were going to do the whole of Seconds Out which is what we are still delivering. There’s the new as well, it’s not just the old favourites, and the new stuff has been very well received, The Devil’s Cathedral track and Hole In The Shadows. It’s been wonderful to do that and to reinvigorate Clocks, it’s just been quite something.”

“The first set is shorter and concentrates on my solo highlights but then we have a 30-minute interval that venues have asked for. You have to remember that it’s not only the bands and the crews that have taken a hammering, so have the theatres and they need to maximise on selling their drinks to make up the shortfall. So, we have a longer interval and then we go straight through Seconds Out from 1977. I’m really, really happy with it. A splendid time is guaranteed for all.”