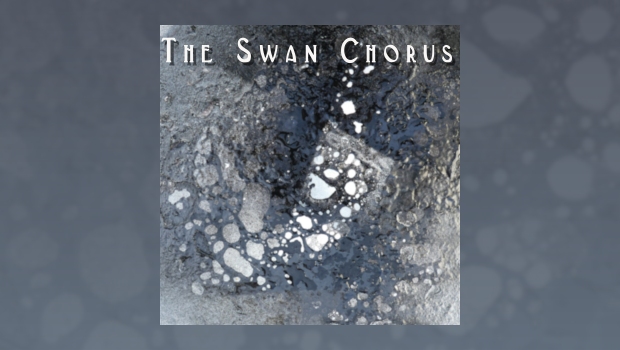 The Swan Chorus are a six-piece progressive rock group of seasoned musicians from the Liverpool-area. Formed as a result of the reunion of the song-writing duo of David Knowles (keyboards) and Colin McKay in 2015, they soon recruited a number of talented local musicians, including vocalist John Wilkinson and bassist Dave Jones (both members of popular Genesis-tribute band ‘Mama’ and more recently Tim Bowness’s fictitious band project, Moonshot). Along with Peter Dover on drums and Les Norton and Eddie Devlin on guitars they released their eponymous debut back in 2018.

Like so many hard-working progressive rock bands, it is so often the case that quality music releases that deserve a wider audience just ‘fall through the cracks.’ I was personally unaware of their existence until a fellow TPA reviewer asked me to have a listen to them a week or so ago. I’m very pleased I did!

Over 10 tracks, including several of an extended length, you get some very enjoyable prog-pop to dive into. Music that is both vibrant, melodic, accessible, and song-orientated; yet also instrumentally progressive. Powerful, confident vocals and a deeper lyrical content throughout. This is infectious prog that needs to be spread to a wider audience.

Describing their style and sound is not straightforward, as the band have created their own soundscape, whilst signalling their influences across their diverse collection of tracks. There is, not surprisingly, a strong later-period Genesis feel – largely related to John’s impressive Collins-like vocals and David’s melodic, later-period Banks-style compositional structure. However, David is not afraid to add a layer of classic-era keyboards and synthesisers when appropriate.

Overall, though, I hear the ’80s shiny prog-pop of It Bites the most, along with echoes of the likes of Jellyfish, A.C.T., Unitopia, Southern Empire, Saga, lighter-style Marillion and Frost*, later-period BJH, Spock’s Beard, I Am The Manic Whale and even Mr Mister, perhaps. Whilst the ‘sounds like…’ approach of an album review remains a useful way to draw a reader into exploring a band further, it should never underplay the quality of the song-writing and the synergy the musicians have created between them.

The Hilary Step starts the album with an upbeat, chiming rhythm and pop sensibilities – yet David’s symphonic keyboard chords add nice proggy touches (especially towards the end) and John’s clear vocals send out a hard-hitting statement of American politics over a mountaineering analogy – “When I get to the bottom, I am never going up again!” Light and shade for sure. Don’t Talk About is all ’80s-style shiny pop on the surface, but the keyboards and guitar chords create a nice contrast and when simple guitar notes signal a change in tempo, it is an effective respite before the main tune reappears. Powerful guitar riffing by Les, over soaring keyboards begin The Dark Passenger, before Dave’s hypnotic bass line introduces some biting, acerbic lyrics which echo the feel of Marillion’s The Uninvited Guest.

The Check is all clean, powerful, neo-prog instrumentation and flowing vocal harmonies. The diatribe against television evangelism might be similar to that sung by Phil Collins in Jesus He Knows Me, but I think this prog take on the subject works even better. Acoustic guitar over retro-’70s organ begins Stand Together – one of the album highlights. However, the track soon gains pace and power, with some lovely, well-pitched guitar soloing followed by atmospheric keyboards. Politically-charged lyrics provide a real edge as well. It is where you will find the comparison with ’80s Genesis most obvious, but frankly, if this had appeared on Genesis or Invisible Touch I might have listened to those albums more than I did at the time!

Pure Fate Star Shadow starts with haunting, ethereal voices before a very melodic theme takes over. The vocals now have a Fish-style to them, and the Moon Safari-like harmonised vocals and futuristic synthesizers work very well. The lyrics express aspects of Daoist metaphysics and philosophy and the interpretation of trigrams, all sung against a ridiculously catchy It Bites drum and bass rhythm provided by Peter and Dave. Another album highlight for sure. Performance Anxiety drives along nicely with a lyrical content you’d expect from I Am The Manic Whale. The House That Jack Built – the second longest track – might start off with a Police-style guitar riff and some mainstream rock themes, but there is plenty of room for some of the most progressive instrumentation on the album. Lush retro-keyboards and guitar noodlings run through to a resonating conclusion, but all wrapped around contemplative and intelligent lyrics. Poster Boy might be the most catchy, accessible, pop song on the album, but the dark lyrics (“I’m planning my revenge on the world, I’m becoming a poster-boy for raging paranoia”) provide the sort of juxtaposition that John Mitchell has been so successful in creating in recent years in his many projects.

At over 17-minutes, Walk the Same Road is the band declaring their prog credentials alongside their more pop-orientated output. It is something that both eras of It Bites did with some success, and their ambition deserves to be recognised. The smooth harmonies at the start have a touch of Barclay James Harvest and even hints of Big Big Train and The Beatles, before the music opens up into Genesis-style progressive themes and quirky time signature changes. An echo of Spock’s Beard Go the Way You Go prior to the mid-way change in tempo, perhaps. A sleepy interlude provides a refreshing contrast, although I felt it drifted on for a little longer than it needed to. Some smooth guitar runs lift the mood, and we eventually regain the musical power and momentum from earlier. The track looks all set for a New Jerusalem/Afterglow prog climax with the uplifting, intertwining lyrics of separation and reconciliation, but it never quite catches fire and instead gently fades away – although it does it rather well still with subtle acoustic guitar from Les.

For followers of the prog-pop of the ’80s from Collins-era Genesis and Dunnery-era It Bites, where melodic, pop-orientated music could sit comfortably with full-blown progressive rock elements, the 2018 debut release from Merseyside’s The Swan Chorus is well worth tracking down via Bandcamp. The extended period of lockdown and some personal health issues have delayed progress on a second album and curtailed any possible live performances, but the recent posting of a new ‘work in progress’ demo hopefully suggest that this will not be a one-off project for these talented musicians. They definitely deserve your support.