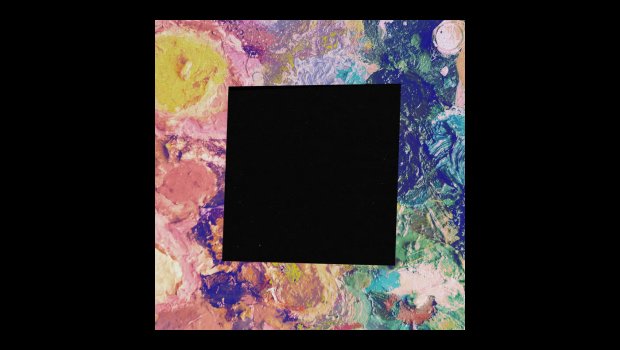 Hungary has really been pulling above its weight in recent years when it comes to original and highly enjoyable music. I’ve added Sauropoda and their debut release Pangaea to my growing list of absolutely magical Hungarian albums. I’m not sure, but Sauropoda may well have invented their own subgenre. Paleo diets seem to be one of the latest fads, so let’s call this ‘Paleo-Jazz’ (it’s probably more palatable than a paleo diet, too). I should note, though, that jazz is just one style I could have used in my Paleo label. It seems to be the logical one, but Pangea includes elements of ambient, raga rock, psychedelia, industrial, and post rock as well. I suppose this makes sense, given that Pangea was a supercontinent, assembled from earlier continents, and so allowing otherwise disparate global elements to merge. In that sense, Pangea is already a roaring success.

The album begins with Prometheus, which has a delightfully plodding beat that couldn’t be more perfect for a band named Sauropoda, before picking up in the fifth minute. This is such a fantastic opening number that goes through many different (and sometimes startling) movements. As Pangea is an instrumental album, it’s a guessing game as to what the song titles signify, but it’s notable that the first two tracks, while they might have meanings that immediately spring to mind, are both named for asteroids. Maybe I’m reading too much into it, but I love the idea of Prometheus and Altamira both being associated with ancient human history while at the same time being the kind of astronomical object that may well have seen the end of the dinosaurs.

Like Prometheus, one never quite knows what to expect with Altamira. Sauropoda is as at ease with languid and beautiful jazzy and ambient passages as sudden densely-textured and crushing movements. There are some beautiful acoustic moments, almost flamenco in nature, that presumably pay homage to the geography of Altamira, and squalls of Frippian frenzy that are just as delightful to the ear, even if not so traditionally beautiful. By the time Quality Control begins, it’s clear that Sauropoda are a band in no such need. They flow effortlessly from one mood or style to another, or combine them at will, making strange melodies and complex rhythms seem natural and normal. Sauropoda is one of the most impressive bands I’ve come across this year, caught somewhere between being a power trio and a jazz trio.

What I keep coming back to, no matter how often I listen to this album, is how well Sauropoda (as they claim on their Bandcamp page) take us “back to prehistoric times, the times of primordial giants”. They say a picture paints a thousand words. Well then, music paints a thousand pictures. I find it pretty much impossible not to envisage ancient worlds inhabited by titanic reptiles when listening to this music. But, as if to remind us that dinosaurs still inhabit our world, the short introductory track, Inheritors contains only birdsong. Sauropoda walked the Earth from the late Triassic to the late Cretaceous, but as with all other non-avian dinosaurs alive at the time, Sauropoda died out in the extinction event. Birds are, indeed, the inheritors.

Inheritors segues into Giant Lizard, which makes me wonder if there is actually a timeline of sorts to the album. As aforementioned, the first two tracks imply more recent, and more human, origins. Are we travelling back in time? In which case, we’ve now reached the time of the titanosaurs, and Giant Lizard is suitably monstrous. Is this my favourite track on the album? Quite possibly. The way it balances delicacy with heaviness is amazing. The contrast between the rhythm section and the guitar is incredibly well played – at times almost sounding as if they are playing different pieces, so that when they come together it’s even more impressive.

After willingly being trampled under the heavy feet of Giant Lizard, the gentle beginnings of Unfinished provide a welcome respite. The tune takes a turn in the second minute, and it’s delicious. We’re in for another great ride. I can never quite tell if the second half of this album is stronger than the first (and the first half is very strong anyway), or if it’s just that I’m fully invested and immersed in the music by this stage. I can’t bring myself to listen to the tracks out of order, either, to test that theory. If Giant Lizard is my favourite track, then Unfinished is probably my second favourite – but I can’t imagine not listening to the two together, nor as anything other than part of the whole. Outro definitely fits this pattern too, and it sounds more or less what you might expect a piece titled as such to sound. It’s a short (too short) and beautiful piece that I wish could be expanded upon in the manner of some of the other tracks on Pangea.

What Outro does do, though, is leave me wanting more. Pangea is an astoundingly good debut album from Sauropoda, that will probably not see the acclaim it deserves. I wish the band a great deal of success, and hope that my review prompts at least a few people to check out their album – not least because, selfishly, I want to hear more from the band. Keep on plodding, Sauropoda! I’m ready to be trampled once more…