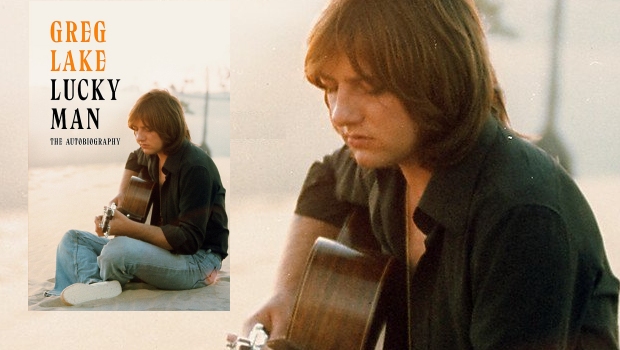 In 2017, the long-awaited autobiography of singer/bassist/composer/producer Greg Lake was finally released. Unfortunately, too late for the protagonist to experience himself: “Gregory Stuart Lake died of cancer on Wednesday December 7, 2016 at the age of 69, a few months before the release of his biography.” I myself was able to write an obituary about the man, who was so important in the creation and popularisation of two legendary bands: King Crimson and Emerson, Lake & Palmer.

Lake tells his story in a polite, typically English way, and as much as possible without harming others or shocking people. It is the famous story of a young man who is completely under the spell of music and does not seem suitable for anything else. Fortunately, he can earn a living with his music and more than that, he is destined to play a role in musical history. Strangely enough, he skips through his childhood quite quickly, the usual school bands and the tough learning curve of touring get a bit more attention. In that sense there is not much difference from other rock biographies.

It starts to get more interesting when the creation of King Crimson, with his good friend and fellow guitar-school student Robert Fripp, is discussed. And then, of course, the founding of ELP, together with the other two icons. The excesses remain relatively untouched, although we have quite a different picture of that period from other sources (see: Emerson’s autobiography Pictures of an Exhibitionist). Much attention is paid to the period in which they collaborated with a full-scale symphony orchestra and all the money that went with it, eventually leading to near bankruptcy.

The commercially less successful period that followed, the solo years and collaborations with others are also a topic. It wouldn’t hurt him much, c’est la vie. The chapter about the death of fellow musician/band member Keith Emerson is touching, as is the report on his own impending end due to terminal pancreatic cancer. Also worth mentioning is the eulogy of manager and lifelong friend Stewart Young, after the death of the protagonist.

Lake’s writing style is a bit like the man himself: kind, almost gentle, contemplative, articulate, and always polite. Whether that is actually his true character remains a bit of a mystery. In the aforementioned Keith Emerson autobiography, he comes across as more businesslike and ambitious than in his own story, perhaps the truth lies somewhere in the middle. The story is entertainingly written and Lake manages to hold the attention for the full 230 pages, without being earth-shattering. Just like the author himself.

You can read Alex Driessen’s review of the The Anthology: A Musical Journey double album HERE.