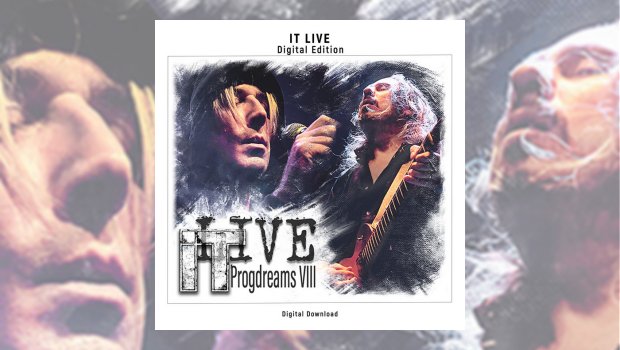 IT – Live at ProgDreams VIII

Although Live at ProgDreams VIII is an audio and video release, this review concentrates on the audio. While I could easily use the excuse that this is because I have only the audio for review, the truth is I probably still wouldn’t be watching the accompanying visuals. Don’t get me wrong, I love to watch a live performance – when I’m there! I just can’t get into watching a live performance on a screen. But I’ve definitely been eager to hear this live performance since it was announced. While IT’s debut is an enjoyable enough listen, Departure and We’re All In This Together (from which the tracks that make up this live performance are pulled) are phenomenal albums.

But while excited, knowing the track list, I had reservations too. Both Departure and …Together are incredibly well sequenced, and the position the songs have in relation to each other really enhances the listening experience. In addition, some of my most favourite tracks were not performed, while some of my least favourite were. But from the moment I put this album on, all doubts dissipated. The only criticism I could possibly make is that I want to hear more! Overall, the tracks chosen for the performance give a great introduction to the sound of IT, for those who’ve not heard them before (which is probably what is needed in a performance at a festival where not all the audience may be familiar with the band). That sound is, to completely and overly simplify, a mix of Steven Wilson and Roger Waters. The band never sounds entirely like either, and is definitely never derivative (which would be even worse), but I’d be very surprised if these two musicians were not key influences.

The performance begins with Born Into Debt, which is the second track from …Together, but boy, does it make for an amazing opener. I think Power probably still works better for the album, but in a live setting, this was definitely the right choice! Speaking with Nick Jackson recently, I had made the comment that Born Into Debt is simply fabulous, and its only shortcoming is that it’s too short. I stand by that. Before coming back to Power, Killing Me from Departure makes an appearance. It’s a great song, which has a bit of a Porcupine Tree vibe to it. And then we have Power which is, appropriately, a powerful opening number on …Together. In cricketing terms, though it makes a great third batsman. It’s a top order song, and once the opening pairing has taken the shine off the new ball, Power can come in and really make an impact. Just as with the studio version, I love the “long way from home” bridge, and even more, the groovy and funky breakdown that follows.

[Video for the single Killing Me from Departure]

What I really found apparent, though, was how much the quieter songs of IT work better live. The Working Man is not one of my favourites at all (although I love the chorus, and it’s one of those that can stick in your head and remain as an earworm for the rest of the day), but it really works live. I like this song far more live than the album version. It’s probably just me, but as the song nears the end, it starts to remind me of Duran Duran. That’s a comparison I have certainly never made when listening to the studio version, so I might have to go back and listen again. (I should also point out that I mean that as no criticism, as I love Duran Duran.)

When speaking with Nick, and answering a question he posed to me regarding stand out tracks from …Together, I initially answered that I didn’t think there were any. Front-to-back, …Together is just solid. However, after talking through the album with Nick, I took it back, because Last Chance and Voices are absolutely stand out tracks. Both utilise voice recordings that have real impact, and really hit home. If you can listen to these songs, and not think about the mess we’re in, then you’re one of those people that complain that Tom Morello and Roger Waters should stick to music, not politics. Those two songs also bookend my favourite sequence on the album. And neither of them are part of this performance. But the track sandwiched between, Gamble the Dream, is. And it’s just as marvellous. Weirdly, it feels like it’s slower than the album version, but is still full of energy and drive.

After Gamble…, Stand Back (Parts One and Two) provide a nice pull back in pace. It works, and in the song’s favour. I say that, because the two parts of Stand Back are easily my least favourite songs on Departure. But they definitely are more enjoyable here in this live setting. However, whether because of my not being such a fan, Stand Back doesn’t quite seem to fit the “feel” of the rest of the concert. It’s not as out of place as say the gospel and blues inspired Fighting for Freedom would be (which, by the way, I absolutely love), but still, it just doesn’t seem to gel as well. I can’t help but feel Car Crash or Safe might have worked better, but this is probably more of a subjective thing and I’m sure a lot of IT fans will love this.

But from one (or two, depending on how you want to look at it) of my least favourite IT tracks, it’s straight into one of my most favourite – The Path of Least Resistance. What can I say? This is an epic, and not one minute of its length feels wasted or redundant. There’s some wicked guitar solos throughout …Together, but my favourite is probably in Path…. The almost ambient mid-section is just beautiful, and the jump back into the song is almost a jump scare. It’s deliciously menacing. There’s some scratchy guitar, then an urgent and imploring funky passage, before returning to the main theme. The song is even better live. The mid-section is especially brilliant. The jump back isn’t as dramatic, which surprised me a little, but it actually works better, and is still just as menacing. The show, and album, could have ended here, and I’d probably be happy enough.

Revolution is next. It has an insistent groove, and as it was released as a single, I assume it should be more appealing than I found it on …Together (where it closes the album). That said, the second half of the song is far more interesting and enjoyable than the first half, and makes for a really nice finish to …Together. I can say without any doubt, though, that Revolution absolutely works better live. Bizarrely, while this may be not be anywhere near being a favourite track on …Together, it’s definitely one of my favourite on this live album. It’s rawer, rougher, and sounds more like a revolution should sound. Save the sharpness and polish for the guillotine…

I guess as Revolution is the closing number for …Together, that makes the following two songs in the live album an encore of sorts (even if the band has not left the stage). I’m more than happy with the selection, too. Earlier I mentioned that the main influences I infer from listening to IT are Steven Wilson and Roger Waters. And if I said Killing Me had a Steven Wilson vibe, then God is Dead definitely is the Roger Waters. I have to admit that I do kind of miss the female backing vocals from the album version, but otherwise this is just as good. Slightly different, but just as good. And just as on Departure, God is Dead segues straight into the title track. It makes a wonderful opening couplet on that album, and just as an effective closing duo for this live performance. I’ve wanted to see IT live for some time now, and have never managed to make a gig (work or family commitments have always got in the way). This album just makes me want to see them more. I just hope I will get that opportunity. The twin perils of COVID-19 and Brexit do make this seem less and less likely. At least I will always have this album… 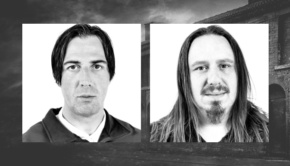