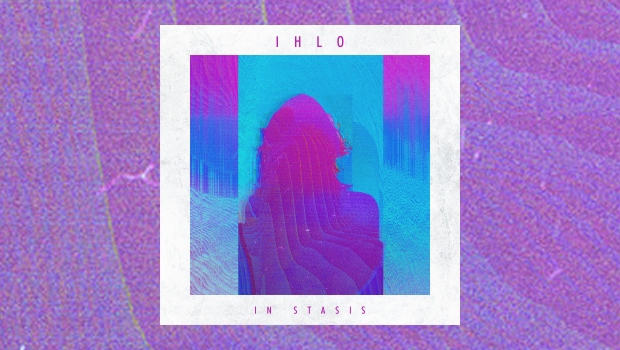 Young British band Ihlo burst onto the scene last year, and immediately polarised opinion. If ever there were a Marmite band it seemed to be Ihlo. Most criticism, in my opinion quite unfounded, was that they were merely copycats. The main reason I don’t really believe this to be true, is that there was very little agreement as to who the band were copying. These bands include Haken, Karnivool, Leprous and TesseracT, among others. Now there are similarities between those bands, but each of them have their own original sound, and I definitely feel Ihlo do, too. I can honestly say I’ve never thought any Ihlo song sounds much like any one other band. There are influences, for sure, but they are varied, and not at all derivative. If I were to pick just two main influences that stand out more to me, they would be a mix of Leprous and Dream Theater. I guess that is where the Haken comparisons might come in, but I don’t really hear Haken at all. Another band that Ihlo remind me of a little, that I’m not sure I’ve ever seen mentioned, is Pure Reason Revolution.

The band have just released an interim live EP, In Stasis, while a second album is completed. The EP has its official release as part of The Progspace Online Festival, and I don’t think it would be exaggerating to say that Ihlo was the highlight of the festival – at no other point were there so many viewers, or so many comments. The chat went wild, and it was near impossible to keep up with the constant feed. To say it blew up would not be a wild exaggeration. The hype was real, and the band lived up to it. The video for In Stasis remains exclusive to The Progspace for the moment, and you can catch Ihlo’s performance just before 56 minutes in:

I can say that, as much as I enjoyed the band’s debut album, Union, I did go into the livestream unsure what to expect. Some of the criticism levelled against Ihlo was down to a perception that they were a studio band. The trio responsible for the album couldn’t reproduce it live without additional members. The band were honest about the drum programming and vocal tweaking that took place. But this doesn’t mean that Clarke McMenemy can’t play wicked drums, and that Andy Robison isn’t an awesome vocalist. This live performance (even if it was still studio based) was a chance for the band to show it had the chops for real, and they didn’t just meet expectations – they exceeded them! And their enjoyment was obvious. I’m not sure Clarke ever stopped grinning. The socially distanced interplay between Phil Monro and Rob Mair on guitar was tight, and Michael Roberts played a mean bass.

The set opened with the EP’s title track, a short introductory piece that was described by Andy as a Union B-side. It’s a shame it was left off Union, as it provides a perfect introduction to Starseeker, and on the album would have also provided some more of the quiet/loud dynamic that worked so well on the second half of Union, but was somewhat absent on the first half. The In Stasis version of Starseeker sets out the stall for the EP – a sound still quite polished, but rawer and more real. I have seen Andy since suggest he’s not entirely happy with it, but I far prefer it. Andy sounds great, maybe not as perfect as on Union, but better because of that. And Clarke’s drumming is amazing and crisp. The guitars are chunky. The keys vibrant. Everything about this live incarnation of Ihlo is better than the studio. I was unsure while watching it live whether this was just because I was caught in the moment, but I have listened to the EP several times and I’m still impressed. Even without the visuals (and goddamn, it was a visually stunning set), In Stasis is an incredible experience. It’s no wonder Ihlo stole the show.

The next song of the set was the one everyone who knew the band was waiting for. If the band could pull off Hollow live, they could pull off anything. If I’m to go back to what I said suggested earlier, Hollow is the start of the second half of Union, which plays far more with dynamics, atmospheres, moods and textures. There’s a lot more space in a song like Hollow, and it works wonderfully. The more expansive and minimal sections give so much more impact to the peaks, and the two collide breathtakingly and beautifully at one point in the song. As that point grew nearer in the livestream, you could see the anticipation building in the chat. It almost felt like a collective holding of breath, and the release when Andy hit those notes was palpable.

The good news is that with the final track of the EP, Replica, it would appear that Ihlo are going to be continuing to explore the interplay, off-kilter and more ambient moments with crushing heaviness. Replica is the sole new track on the EP, and will appear on the forthcoming sophomore album. Although I say new, it is not entirely new – as many pointed out in the livestream chat – having been played before at a previous Ihlo gig, and featuring in a YouTube videos from that gig. But it was new to most of us, and I definitely hadn’t heard it before. It shows a lot of musical growth, which I think was inevitable, given the youthfulness of the band. Union was a phenomenal album, but at times seemed too sterile, too “produced” or “programmed”. Based on this live performance, the music need not sound that way. Whether or not that translates into the new studio album, when it’s released, remains to be heard. I rather hope it retains some of the feel of this performance. Starseeker and Hollow alone prove how much greater those songs sound with a full band, and without unnecessary programming.