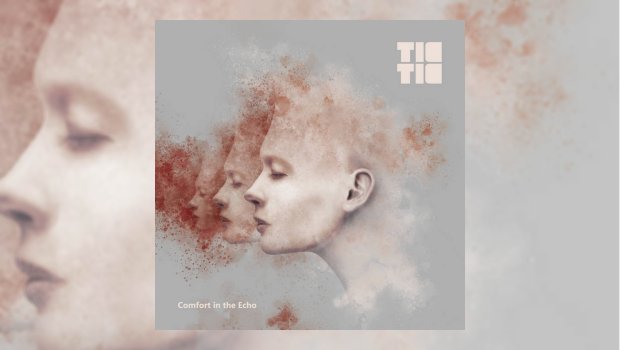 Tic Tic – Comfort in the Echo

Norwegian duo Tic Tic’s debut album, Comfort in the Echo, is my surprise hit of the year. I’d probably never have come across the album, were it not released on Apollon Records (one of several labels I like to keep an eye on, because I know I enjoy so much of their output). Over the course of the album, it covers a lot of bases – so much so it almost risks a lack of cohesion. However there are a few constants that keep things tight, without which one might almost think some of the tracks were performed by different bands. Some of them don’t work as well as others for me, but overall Comfort in the Echo is a thoroughly enjoyable electronic journey. And, for all the electronica, it’s a remarkably natural sounding album. A lot of this, I assume, is down to the band’s extensive use of the Eigenharp, which allows a little human imperfection into the mix, giving a quite organic tone to much of the music.

Tic Tic is husband and wife Irene Svendsen and Kai Drange, who appear to be constantly experimenting with different sounds, moods and textures. At times post-rock, and other times trip hop. Sometimes bubbly electro-pop, at others times moody industrial ambience. The ever changing sounds keep the listener on their toes, and there is definitely no fear of boredom through repetition. The album opens with the dreamy and melancholic My Tribe, which drops the album title in the lyrics. Svendsen’s vocals are simply gorgeous, and if pushed I’d maybe say this opening gambit is a little like a mix of Dido and Portishead. The gentle exhortation to start a riot is delightfully incongruous. It’s a surprisingly low-key way to open an album that has some far more powerful tracks, but it works.

The first single from the album, Autopilot, is up next, and it reminds me a lot of New Zealand artist Ladyhawke, who playfully evoked the electronic sounds of the ‘80s (on her first album) and ‘90s (on her second), within a contemporary frame. Tic Tic seem to be doing the same, but for me don’t hit the spot the way Ladyhawke does. I find this track a little too lacking in substance. I don’t dislike it, but I’m surprised it was chosen as a single, as it is (for me) one of the least interesting on the album. I far prefer the Lazy Dog remix, and hopefully the band will release an album of remixes, because if they are all this interesting, I’ll happy buy it!

But if I’m not entirely enamoured with Autopilot, the following track, Fake It, on the other hand, I love. This is the first song where Drange provides lead vocals, and the almost sudden surprise of their appearance is quite impactful. Svendsen and Drange don’t particularly have voices that would conventionally be paired, but the slight edge this gives to their harmonies is all the better for it (just as the slightly unconventional sounds of the Eigenharp provides an edge to the music).

Croix Rousse is a downtempo instrumental piece that takes the edge from the previous track’s vocal harmonies, and transports it into some dissonant, almost unnerving instrumentation. About halfway through there’s a fantastic percussive bridge, before the main theme returns with increasing intensity. This is one of the most minimalist pieces on the album, but it comes perfectly placed after three fuller sounding songs, and leads beautifully into A Bird Falling From A Tree, with some low-key call and response between Svendsen and Drange. Some of the most interesting sounds on the album are made in the instrumental passages, and the vocals here are probably my favourite on the album. This is just a great song.

The second single, Everything Familiar, is far more impressive than its forebear. Where Autopilot was nice, yet somehow a little underwhelming, Everything Familiar demands my attention. Even more so, the following Get Back In Line, which is somewhat reminiscent of Jesus Jones in their Perverse era, but with intermittent drum and bass breakdowns that sounded completely out of place when I first heard it. This is probably the only song that I didn’t like on first listening, as it sounded like an experiment too far for my ears, but I’ve definitely come to like it, and it has such a catchy groove it’s hard not to be swept along with it.

After the bombast of Get Back In Line is the perfect place for a quieter track. Yet instead of providing solace and respite, You Drank Ian is more unsettling in its muted tones than anything else. You Drank Ian is an eerie and sinister ambient soundscape. About halfway through, it becomes more upbeat, as additional instrumentation enters the mix. It’s a relief when In This Together sees the return of vocals, even if they have a vaguely threatening tone to them. The whole album is brilliantly sequenced in this respect. Every track seems to flow into the next completely naturally, despite at times quite massive differences in sound, mood or tone. In almost every instance, this seems only to enhance the tracks either side.

And then all that has come before is simply swept away by the sheer beauty of Puppets and Toys, which provides the grandest finale possible for Comfort in the Echo. Although it’s one of the simpler pieces, it packs a tremendous punch. Normally when an album finishes, I either play it again, or move on to another. When Puppets and Toys ends, I revel in the silence and, I guess, the comfort in the echo….

MUSICIANS
All music composed, played and programmed by Irene Svendsen and Kai Drange