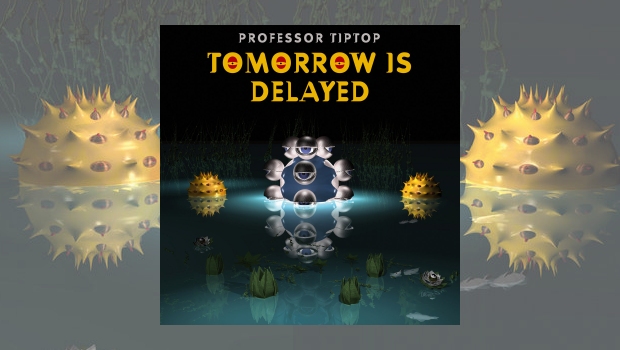 Tomorrow is Delayed. Could there be any more appropriate album title this year? The world is on hiatus. Parts of it are coming, cautiously, out of lockdown. Postponements of events are the norm. Even this review was delayed. I received the album for review at least a couple of months ago, but it was a victim of my own hiatus. My reviewing of albums slowed, then stopped completely. Ironically, what has brought me back into action is the death of a friend. In his memory, I decided to get back on the horse. It was no coincidence that two of the first albums I reviewed on coming back were Simon Lyngroth’s Looking for the Spark… and Coridian’s Eldur, as both hold a premise that it is the present which is most important. The future is uncertain, tomorrow is delayed – live for now.

And so I find myself returning to this rather beautiful album from Professor Tip Top. Ironically, perhaps, the first song I ever heard from the band was Procrastination Song on one of the “New Species” sampler albums. So, perhaps it was inevitable my review for this album might be delayed, due to my own apathy. The album is certainly not deserving of such apathy, either. It’s a beautiful album, which should be listened to, in the words of David Bowie, “now. Not tomorrow.” Tomorrow is delayed.

The album begins with the appropriately dark and melancholy Erebus. For most of the world, this name probably conjures up the idea of Greek mythology, and darkness – either as a deity, or a region of Hades. For most Kiwis of a certain age, I suspect it brings back memories of a mountain. When Air New Zealand flight 901 crashed into Mount Erebus in 1979, instantly killing all on the plane, it was the first time that the airline had ever lost any passengers in an accident. It remains New Zealand’s deadliest peacetime disaster. Almost all of the wreckage still lies where it came to rest, due to the remote location, and often inclement weather conditions. The recovery effort was called “Operation Overdue”.

A lovely drum roll leads us into psychedelic sounds that are menacing, and lyrics that are ooze malevolence. Although I can relate the lyrical content to the mythology I’m sure inspired the song, I can’t help but draw allusions also to the disaster that so shocked a nation, and the ripples of which drew attention for years afterwards. After all, I was only four when the Erebus disaster occurred, but thanks to a mini series in 1988, it was brought to the attention of a new generation. The legacy of the disaster has never been forgotten, and was given national prominence again last year on the 40th anniversary.

Erebus is a glorious start to the album, and one of its strongest songs. The spacey sounds are captivating, and despite the heaviness of the lyrical theme, there is a lightness of touch in the instrumentation that prevents the song from being too weighed down. I absolutely love the vocals of Sonja Otto, too. In a way, her presence could have made or broken this album, as Professor Tip Top were so associated previously with the compositions and singing of Svein Magnar Hansen. For me, they elevate this album to the best yet from the band. Otto is a perfect match for the music, and I love her tone. Her addition to the band is an absolute highlight for me.

Despite having a very spacey, psychedelic sound, they are also reminiscent of bands such as Camel and Curved Air, and perhaps a little Gryphon. The guitar playing of Sam Fossbakk often reminds me of Andy Latimer and there’s some gorgeous guitar of this style in second track, In the Mirror. This song is probably my favourite from the album, though the following Under Crystal Stars comes close. As much as I love Otto’s vocals, the band really takes things to a whole new level within the extended instrumental passages.

The Ghost Within slows down the pace, and is perhaps the most Camelesque piece here. Although I do like it, it’s probably my least favourite of the album, as the band never seem to reach full gear. It’s without doubt a beautiful song, and I actually wouldn’t be surprised if it is many people’s favourite, but I prefer it when the band take off fully into flights of fancy. They hint at blasting off, but never quite get there.

This changes immediately, though, with the title track. Another favourite, and full-on from the outset. There’s a real sense of urgency within this track, allied with a sense of mystery. When the track slows down for the bridge, the impact is immense. The final two minutes are sublime, full of swirling keys floating over the rhythmic base. It’s impossible not to be swept away, and I don’t think I’ve ever listened without feeling as if it’s a magic carpet that I’m being swept away upon.

Beneath the Silence slows things down again, but I prefer this song to The Ghost Within. In fact, it’s probably my third favourite track on the album. Professor Tip Top are often compared to Pink Floyd, but I rarely get that impression. This song, though, definitely does provide a Floydian vibe, with some particularly Gilmouresque guitar. I’m reminded as much of Procol Harum as I am of Floyd, though – and particularly in the later stages of the song – so it’s not as if you could outright call this track Floydian.

I suspect Objet Petit A might be the track which puzzles most listeners, as it is quite different from the remainder of the album – while still, paradoxically, retaining many similarities. This is as spacey and psychedelic as the album gets, and it’s a trip. I love it! This is an expansive piece that just keeps expanding. My only issue with it, is that it just seems to get better and better as it progresses, and so starts to fade out far too soon. I could do with this track being at least twice the length!

The album ends with another beautiful track, the wonderfully melancholic Earth. I can’t help but notice how similar the rhythm for Earth is to Procrastination Song. Honestly, if you listen to that song immediately after Earth, you could be forgiven for assuming at first that Earth had a false ending, and was starting back up again. Earth is by far the better of the two songs, though, and generally speaking, that is how I feel about this album, and Professor Tip Top’s new line-up. No matter how important Svein Magnar Hansen was to the band, they have not only survived his leaving, they have surpassed all that came before. Tomorrow may be delayed, but today is the best yet. 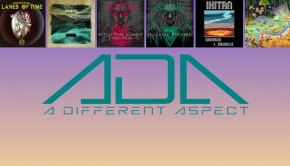