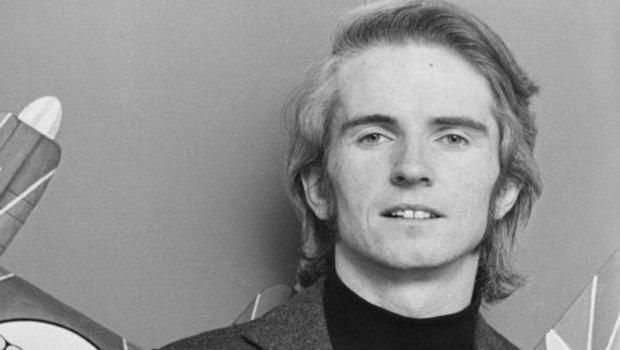 It was nothing more than a small message in the margins of the tsunami of articles about the coronavirus, but subconsciously it drew my attention, there it was: Radio Caroline founder Ronan O’Rahilly passed away at the age of 79.

Somehow it hit me, this short message. I am of the generation that grew up with radio: Dutch pirate radio to be precise, in this particular case Radio Veronica. From the mid/late sixties on I gradually became addicted to music, my ear seemed to be glued to the small transistor radio I got from my parents, my biggest, most beloved possession. Through the hit charts, and a whole procession of motley crew deejays, my education in pop music was given shape. Singing along with the hits of the moment and later, much later, discovering that the original lyrics were actually nothing like what you thought you were singing. But everything must come to an end, including illegal radio stations. I participated in a big demonstration in Holland against the ban of the pirate radio stations in April 1973, unfortunately, to no avail.

But there was some small consolation: In the early 1970s I discovered a new phenomenon. Radio Mi Amigo also broadcast from a sea vessel, initially off the coast of Essex, later off the Dutch coast. Recordings were at one time made on the ship itself, later they made use of a studio in Spanish Playa de Aro. During the day they broadcast the usual hits, interspersed with a hefty dose of Dutch tear-jerkers. But what followed during the night… pure magic!

Getting to know Radio Caroline, which alternated its programs with Mi Amigo, was nothing short of overwhelming. At night you could hear the progressive sounds of Pink Floyd, Genesis and Yes, but also Camel, Caravan, Barclay James Harvest, Gentle Giant… too much to mention. It wasn’t only progressive rock, bands like The Eagles, Led Zeppelin, The Doors, Bread etc., the sky was the limit. It all came to me through my parents’ discarded stereo radio, a gigantic box with the tuning scale depicted on the front and two huge rotary knobs. One of the built-in speakers no longer functioned properly, but I couldn’t care less. What I heard back then, at that sensitive teenage age, effectively determined my preference for progressive rock. It also unlocked an enormously wide spectrum of sounds, melodies and rhythms that I could not imagine existed before.

The format was simple: album tracks, often unknown, mostly long, hardly any DJs, only brief announcements. And those downright weird messages about “love, peace and happiness”, from the Love Boat, but without Captain Stubing. “Loving awareness” was the slogan, played several times per hour from spacy sounding jingles. Some even lasted several minutes and had alien, vague lyrics reminiscent of Biblical quotes.

The man behind this concept was Irish businessman Ronan O’Rahilly, who at one time was a manager of artists such as Alexis Korner and Georgie Fame. In 1964 he started the activities with his radio station out of dissatisfaction with the establishment, i.e. the BBC. In the mid-1970s, O’Rahilly became obsessed with the spiritual teacher Ram Dass and his philosophy of Loving Awareness. Hence those semi-religious messages.

I owe him a great debt of gratitude to this day. Through him, I was literally sucked into the fantastic world of progressive music, a passion that still continues today. Thanks, Ronan, for letting me on board your Love Boat.

Ronan O’Rahilly, who suffered from vascular dementia since 2013, died on Monday 20th April 2020 at 3pm, from the effects of pneumonia in the presence of his girlfriend Ines. O’Rahilly would have turned eighty in May.

With Love, Peace and Good Music: This is Radio Caroline