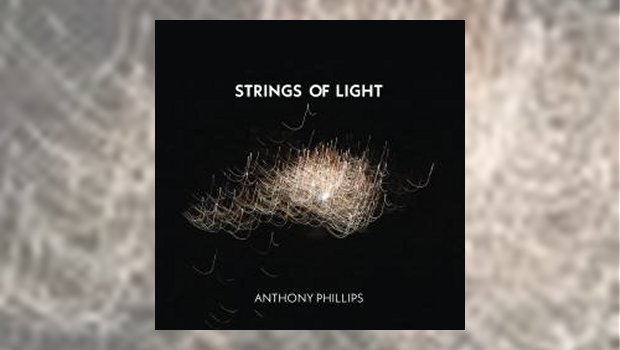 Messrs Mike Rutherford and Greg Spawton have a number of things in common. First of all, they are both co-founders of a prog rock band of some stature. In addition, they are both bass guitarists with a predilection for Moog Taurus bass pedals in particular. Both are somewhat introverted individuals who find their own singing voice below par. But they have one more important aspect in common: they both love guitarist Anthony Phillips. The first finds his former buddy and Genesis companion “the best musician of us all” and the other judges his idol’s (acoustic) guitar playing as “very influential” on his taste in music.

No mean feat, an introduction like that. It seems to me that Genesis had quite some talented musicians in its fold, and the Big Big Train founder/songwriter must have seen some good guitarist in his time, yet both are unanimously enthusiastic when it comes to the modest musician who, due to severe stage fright, a lingering illness and plus relationship problems, had to give up his spot in a hard-working rock band. Fortunately, it didn’t stop there. Ant, as he is called by his friends, started a solo career in 1977 that would amount to a considerable number of albums, 33 to be exact, plus countless collectors and collaborations, albums characterised by beautiful melodies and ditto acoustic guitar music, in which the twelve-string version is the main protagonist.

With (among others) Wise after the Event, The Geese and the Ghost and a whole series of Private Parts and Pieces (eleven in total), there is now quite an impressive oeuvre. In recent years/decades, Phillips has mainly focused on instrumental acoustic music, which he seems to have patented. His recently released double album Strings of Light successfully continues this trend. And I really should say: craftsmanship is mastery.

Strings of Light is a beautiful new album by Genesis founder Phillips. For his first new album in seven years, he composed and recorded the 24 pieces of music on this album, spread over two CDs, using the many beautiful and rare guitars in his collection. This makes Strings of Light one of the best instrumental guitar albums of his long and acclaimed career.

It is already his fourth album featuring only guitar music, Phillips has used no fewer than seventeen different instruments. The album has the concept of two “sides” (but there is no LP in the making), the average length of the songs being around three-and-a-half minutes, the shortest is over after 21 seconds whilst the longest clocks at just over ten minutes. The 24 songs are equally divided over the two CDs with a total playing time of approximately 80 minutes, just a tad more than fits on one CD. Special titles too, some even in French (Jour de Fête, Fleur-De-Lys) or referring to long-gone, Medieval times (Castle Ruins, Caprice in Three). Sometimes difficult to tell apart, after all, there is no guidance in the form of lyrics or other references, the disadvantage of instrumental music.

I am a big fan of acoustic guitar music: the solo records of a certain Steve Howe, and Phillips’ successor in Genesis, Steve Hackett, are beloved albums, but also the classic works of Julian Bream, Andrés Segovia and John Williams (once a member of the crossover project Sky) are welcome guests on my turntable. The same goes for Australian Tommy Emmanuel, American Leo Kottke and, last but not least, Holland’s own Jan Akkerman and virtuoso countryman Harry Sacksioni, of course. There is only one problem with acoustic guitar music: it starts to sound very similar over time and therefore threatens to get boring rather quickly.

However, this is not the case on this album: there’s lots of variation, more than enough to keep the attention of the listener captivated until the end. The sound of a mandolin is very different from that of a twelve or even sixteen (!) string guitar (Grand Tour). The same applies to composition and atmosphere. It would really be too much to discuss all the songs individually, but I would certainly like to highlight some of them. The material on the first disc varies from the more classically oriented finger exercises of the triptych Caprice in Three, Castle Ruins and Mermaids and Wine Maidens to the more quirky work on Mouse Trip, and from the sparkling yet subtle finger picking of Skies Crying to the wide-ranging 12-strings on Diamond Meadows. During this last song, you subconsciously expect Peter Gabriel to show up at any given time singing, “Home from work our Juliet clears her morning meal…”. OK, that is from much later, but it does indicate the influence that Phillips still had on the sound of Genesis, long after his departure, with a little help from his good friend Mike Rutherford.

The second disc shows more of Phillips on classical guitar, just listen to Mystery Tale. But Andes Explorer and Sunset Riverbank (with a small section of electric guitar) are also very recognisable as typical Anthony Phillips music from the Trespass era. Tale Ender even gets synthesizer accompaniment, as one of the few such pieces on the album. Ant’s music has something melancholy about it, ‘tristesse et solitude’ to stay with French. In contrast, the mandolin sounds flamboyant on Home Road while the aforementioned Grand Tour shows Phillips at his best, with strong reminiscence of his work with early Genesis.

In addition to two audio CDs, this set contains a special 5.1 Surround Sound mix of the entire album on DVD. The sound is great, the music truly sparkles in the intimacy of the living room. After a relatively long absence, Strings of Light is a welcome return and a great album by a legendary musician.