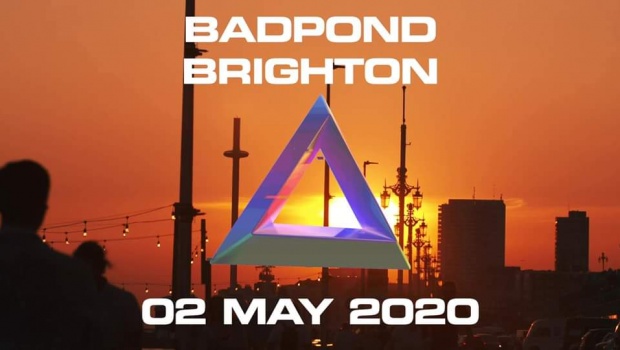 There are seemingly more and more UK festivals catering to audiences who want to explore music outside the mainstream. To name a few as they come to mind, ArcTangent, Fusion, Portals, Radar and TechFest. One which may not come to mind so readily to many, is Bad Pond. The Bad Pond festival in 2020 will be, I believe, the fifth from independent Brighton record label, Small Pond. I was unable to make it to last year’s Bad Pond festival, which was extremely disappointing as there was an amazing lineup in 2019. I have high hopes that I will be able to make it to this year’s festival, though!

Over the years, the festival has changed format, venues and the number of days it takes place over, but remains an incredibly friendly and open-minded event, for weird, odd and surprising music. This is hardly surprising as Bad Pond, as aforementioned, comes from Small Pond, who are essentially a group of friends with an incredible enthusiasm for making and delivering experimental and alternative music.

The lineup for previous Bad Pond festivals, and inevitably, I’m sure, for this year’s when the full lineup is announced, might look particularly eclectic, but there is a common thread linking the bands. Although the label somewhat necessarily “tags” their artists on their Bandcamp page, it largely eschews the idea of genre. Small Pond recognises that experimental music takes many incarnations, and seemingly throws them all together. Unlike some festivals, this does mean there is a far greater chance not everything on the bill will appeal to all punters, but it also means it is more likely that there really will be something for everyone.

So what might you hear? Well, you will probably find almost anything people might attach the prefix “post” to (post pop, post rock, post punk, post metal – you name it, there will likely be a band appearing that you could call this. I wouldn’t, and Small Pond probably wouldn’t either – but you could). But you can take that prefix away, and you’ll probably still find a band that fits. Add in some folk, some jazz, some psychedelic, and some electronic, and then sprinkle all that has gone before with some math, and you might start to approach the scope of Bad Pond festivals. The common thread is not genre, but whether or not Small Pond find the acts exciting and interesting. This is the way Small Pond have always done things, supporting the bands and artists they genuinely want to see succeed.

One such band I’d never heard of is self-styled “five gut mathcore jump scare scream team”, The Guts. The suffix “core” is often enough to put me off before I have even heard a note, as it usually denotes music which might just be a touch too extreme for me. And if I did not exactly jump, the scream did scare, when I first watched this video of a performance from the band’s appearance at last year’s Bad Pond. I am so glad I persisted, though, as once the initial shock died down, there is a heck of a lot going on in this song, and I actually thoroughly enjoyed it. Check out the video, and see what you think!

If it’s not your thing, don’t panic, and don’t write off Bad Pond. It is totally worth checking out the samplers on Small Pond’s Bandcamp. Small Pond have provided Bad Pond sampler albums for the last two years, which are free to download, and will give a good indication of the variety of sounds you might hear, should you attend Bad Pond this year. I admit to not being familiar with a lot of the artists, but from the 2019 sampler, I can highlight Town Portal, Wild Cat Strike, Natalie Evans and The Physics House Band as particular Small Pond favourites (and these were the main drawcards for me last year). The previous year also featured Wild Cat Strike and The Physics House Band on the bill, along with other artists I enjoy such as Delta Sleep, Alpha Male Tea Party and InTechnicolour.

The good news is, that Delta Sleep are back this year, and with InTechnicolour releasing their debut album at the end of this month, I have high hopes that they will be playing Bad Pond again this year, too. It will probably be apparent to the few of those who know several (or perhaps even all) of the bands on the lineups of past Bad Pond festivals, as well as the upcoming, that Big Scary Monsters provide a lot of the entertainment. With that in mind, I am hoping to see Orchards appear on the lineup as they will, like InTechnicolour, also soon be releasing their debut album on BSM. There is so much talent out there, and while it is great to be able to go and see big names at festivals like ArcTangent, I think it’s so important to check out and support independent music. I will do doing my best to get to Bad Pond this year, and I hope I get to meet some of you like-minded people there.