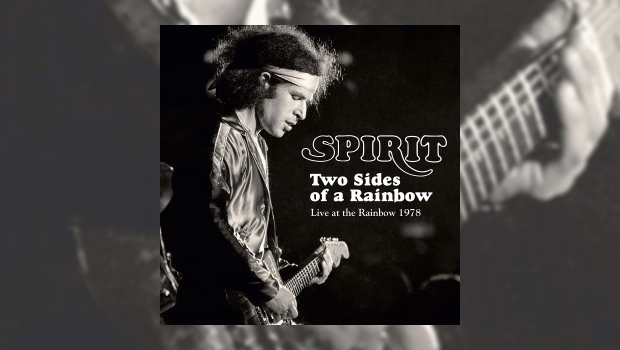 The release of this album made me very happy indeed, as I used to have it on vinyl many years ago (on the Illegal Records label). This new sonically improved version not only acts as a decent reissue, it expands considerably on that album, from its then circa 45-minute running time to a most generous and whopping 159 minutes. This is down to the inclusion of the whole of the US version of Live Spirit, which is some 35 minutes on its own, but now includes the full set that was performed at that Rainbow gig back in 1978 when Spirit were supported by The Police. Yes, the Roxanne bleached blonde new wavers who went onto worldwide success within the next 18 months.

So what we have here is a thrilling re-crafting of that original album by Spirit archivist Mick Skidmore, whose deep passion for this group has made the release a real labour of love for him. This is a truly awesome album and presents the best of Spirit in their favourite setting, the live stage.

There is so much to enjoy here, from the fabulous sound of Randy California’s guitar work (once a contemporary of Jimi Hendrix), to the fleet-fingered bass playing of Larry “Fuzzy” Knight and the jazz influenced drumming of Ed Cassidy. Live, this trio could – and did – blow the roof off most venues with their concentrated power and stellar performances. Recorded at the Rainbow in March 1978 and during a brief whistle-stop tour of Europe and the UK, where they played just four shows, including Colchester, Bristol and a recording for Germany’s Rockplast TV.

The sold out Rainbow show was revered as the best of those dates and was recorded with the intention of a live album release. Sadly, the original recording was compromised with only the effects side of the guitar recorded and not the clean/straight channel. In order for the original album to be released, Randy California painstakingly re-recorded his guitar parts. Such is the stuff of legend. The twist to the story came some 30 years later when cassette tapes (from the soundboard) were found and, although of poor quality, were painstakingly enhanced and restored to the original masters. So finally we hear what was heard on the night!

The Two Sides of a Rainbow includes the full two-hour show, including all six encores, clocking in at over 35 minutes in all. The set also includes the full US version of the Spirit live album, with Randy California’s overdubs. Sadly he never heard the ‘Raw Tapes’ as he died in 1997 while swimming in the sea off Hawaii. This album offers an opportunity to hear once again his often misunderstood talent and fiery guitar work.

Across the release there are several Hendrix, or associated, songs, including Hey Joe, Like A Rolling Stone, Stone Free, Wild Thing and naturally All Along the Watchtower, all of which are highly entertaining. There is also a 17-minute drum solo from Ed Cassidy and fine bass work throughout from Larry Knight – especially his solo on Looking Down.

The concert material swings along nicely, with great performances from all the musicians. Granted, Randy’s voice is possibly an acquired taste, but his guitar sings out loud and clear. Yes, it’s a bit Sixties and hippy-ish, but for my money all the better for it – you can almost smell the patchouli oil and the joints that were almost certainly present.

As one might expect from Cherry Red Records, the sound is good, clear and retains the excitement of the concert. Along with this, the packaging is exemplary, especially the booklet that comes with this set, which is both very informative and beautifully illustrated, making it is a highly recommended package for me and one I commend to you all. Perhaps more psychedelia than prog, but certainly worthy of your time. From start to finish you can marvel at the sound of a truly great band doing what they do best, albeit some forty years ago now. Truly remarkable music, timeless and so very worthy. If you liked Spirit, in any incarnation, or had the earlier 1978 LP Live at the Rainbow, then this one is definitely for you. Fabulous stuff! 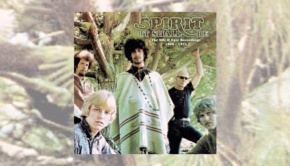