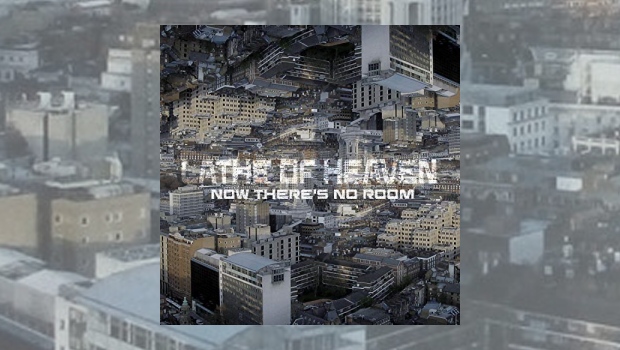 “Songs about lust for power, mass extinction, chocolate, apathy and the Voyager spacecraft – Lathe of Heaven is a solo music project from Hampshire, UK. People have compared LoH to Pink Floyd, Andy Latimer, and Steve Hackett amongst others. All in the ear of the listener, of course… Hey… it’s a prog rock concept album – how could we do it any other way?”

This is Martin Giles’s debut Lathe of Heaven’ offering. If you’ve read my reviews you’ll see that I tend to steer clear of “Prog”. I like some bands that were considered Progressive Rock back in the day but then I also never really “got” Van der Graaf Generator or Camel. I can’t really be called a fan of the genre. I had, nevertheless, an all but obsessive interest in pre-Collins era Genesis and pre-Polymoog Yes (Rick Wakeman’s dog-torturing Polymoog squealings ruined Tormato). My excuse for such obsession? I was 13 years old. And I am an obsessive.

Now I write for an on-line magazine with “Progressive” in its name, but you might consider me a cuckoo in the nest. Inevitably there’s a steady stream of “prog” submissions to The Progressive Aspect for review but I don’t always take them on. I’m looking for progression, not Prog. Some say I need an epiphany to really get the Post-Progressive genre. I have low tolerance for music derived from a formula based on music by other artists. I’ve been known to go to Summer’s End just for the Sunday Morning Wildcard act. What am I to make of a band who actively encourage comparison to classic progressive rock artists? Is Martin Giles reading this wondering whether he’s done the right thing approaching me, of all people? Will his gamble pay off? I could be a tough crowd!

Track-by-track reviews can be quite long and as a reader they’re difficult to stick with, don’t you think? I like to give an overall feel for an album and some insight into what I was thinking when I listened. I went on a little journey with this album and to be candid my method was failing me. I was slightly at a loss. Dipping my toe in the pool of Prog, (whatever that is) is harder than I thought.

To relate my impression of this album succinctly is a tricky one. It’s a rollercoaster. I say “rollercoaster” but ”gently undulating Hampshire landscape” is probably more accurate. I’m starting to wonder whether a track-by-track review might even be necessary!

My initial thoughts on Lathe of Heaven were good. I heard unusual combinations of percussion instruments, keyboards and sampled noises emulating a tuning radio, perhaps a Handpan sample, setting up the opening bars of the first track, The Sibylline Books. Then, later in the song, without question to my mind, there are passages where chord progressions, replete with Mellotron and melodic guitar solo, could easily have been from an alternate universe where David Gilmour guests on the closing bars of The Lamia from Genesis’s The Lamb Lies Down On Broadway. It seems too close to be subliminally influenced. My heart began to sink as originality seemed to wane and my interest started to fade. However, remnants of intrigue lingered – I wanted to like this music because it had started so well!

With the titular track, Now There’s No Room, there’s an unexpected tangential step. This is a good thing, it makes me reset my cynicism chip. A ghostly, discount Scott Walker vocal style (I mean that with affectionate respect), awash with reverb and so effective throughout the whole album, is underpinned by Mellotron, pads and ambient static that cement the song’s components. It is quite lovely. If there’s any hint of influences here then it seems less relevant, after all, how rare is the artist without influence?

The next track is yet another contrast; Blues-rock in a David Gilmour fashion with a riff like a track called Sock Full of Blood by a little-known act called RDK. I know that’s pure coincidence because hardly anyone has heard that since it was written in about 2003. You should try and find it.

Then another twist – Muted Rhodes, soft but fussy drums in a Steve Jansen style accompany pleasant, non-aggressive nylon strings, building over a long period to something more grandiose. Then a recorded monologue creeps in reminiscent of “… so if you give ’em a quick short, sharp, shock”, and I’m in danger of cynicism chip overload.

The Barefoot Chocolate Maker is yet another change in direction, full of Wakeman-like Mini-Moog yet somehow folky, full of melancholy and lyrical, building to a soft Hammondy climax. Marionettes starts as a delightful, melodic song with words that paint a vivid picture and opens as a vehicle for Hackett-like guitar overlaying a Camel-esque vibe. Despite the comparisons, it is the stand-out track on the album for me. That really is enough track-by-track shenanigans.

Martin’s vocal style is worth mentioning again here. I found his style to be unforced and blissfully free of affectation. Though I have no doubt that some people are going to disagree with me on the vocals, I believe they work well throughout most of the album, especially where the tone seems to match the context of the song. Martin has a somewhat unique vocal style and effectively presents the lyrics in almost every direction the songs are going, whether the vibe be Hacketty or Floydy. This is just as well; in places it’s a wordy album and the vocal is high in the mix.

Now There’s No Room is a well-made album. I like the lyrics, the version of the album available on the Interwebs (see below) has links to them. In an earlier, long-haired, cheesecloth-clad incarnation of Phil this would have been the sort of album I’d have sat listening to with the gatefold open on my crossed legs, watching the lyrics dancing on the inner sleeve in the dim, flickering candlelight. I have probably over-emphasised the similarities to established classic Progressive Rock. In fact, part of me wonders whether Lathe of Heaven might, on some level, be deliberately relying on these similarities. And why not? These similarities just stood out for me, but in fairness, one man’s poison is another man’s meat and the old Progressive Rock bands have let us down… they’ve either died or had the good grace to disband. Besides, look what happens when they continue! Horrible!
Do you remember the first time you spun up Close To The Edge or heard Watcher of the Skies? It was magical. I miss that. And there’s my epiphany!

I can see the appeal of Prog, I really can. It’s the nostalgia. It’s, perhaps, a sense of loss that bands aren’t knocking out their Relayers or Selling England By The Pounds or Wish You Were Heres any more. People still want that feeling. Bands are doing their best to replicate it, but in their way they are the Wizard to their audience, the citizens of Oz; shielded by the humbug Wizard from the Wicked Witch, the reality that they’re actually trapped in a different time and place. Progressive Rock finished way back when and what we have left are the Wizards of Prog. Does that mean that all prog is bad? Of course not! Why should it even be worth mentioning that some music sounds a bit like other music? Don’t we already know this? We all need a common frame of reference and we all like a bit of nostalgia.

I’ve probably given the wrong impression of my impression. If you like the Post-Progressive bands then you should “pay no attention to the man behind the curtain”. Yes, I am a tough audience. The more I listened, however, the more I liked this album, but I’d be lying if I didn’t say it is not without reservation. Comparison with other artists is my biggest bug-bear but for some people this will not be an issue.

Now There’s No Room adds to the growing number of albums by artists filling the void left by the masters of Progressive Rock who are no longer producing any music. I think it deserves to appeal to Prog fans. There are parts of this album where Lathe of Heaven peep out from their giant green Prog Curtain and reveal who Martin Giles, musician, really is… and these parts justify making Now There’s No Room worthy of my consideration and yours.