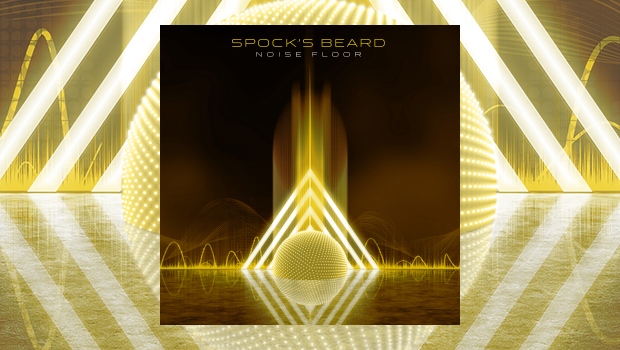 I must admit to having a difficult relationship with Spock’s Beard; it’s not them, it’s me. Offered up as an alternative to Genesis and the long gaps between albums I dipped in, somewhere around 2002, I cannot say with any degree of certainty. It was a loaned album, Snow; a triple album, I was triple whelmed – under, over, and just whelmed. Lots of production – sometimes a little too much. From then onward I have heard snippets of radio play, sought out the albums, listened, loved bits but not all. Perhaps not enough time was spent. Then came The Oblivion Particle, it still held elements of the earlier material, but whether is was a love of the cover or the concept, I warmed to it all. I enjoyed, and still enjoy that album, which brings us to Noise Floor.

Initial thoughts are that it’s a good album, not pressing the ‘Oblivion’ buttons, but the craft and musicianship remain, a band that can (or have, depending upon your perspective) achieve(d) greatness. I must say I like it, even though for me it does not have that ‘Wow!’ that I found on the last. The vocals here seem more power ballad; the ’80s, not my favourite era, probably already turning into my parents – “What’s that noise!?”. It is a great voice, but feels from a different time. Fatefully, I listened to The Oblivion Particle as preparation. I don’t think that has helped.

To Breathe Another Day – it will that – is a powerful opening, to my ears It Bites meets Kansas, jollying along at a pace. It’s the phrasing, the chord changes – very Kansas. Some excellent drums, screaming lead, and cheesy organ. It’s fun, but on the cheeseboard of prog it’s a good reliable cheddar; just needs a little Gentlemen’s Relish to lift it.

Dropping a stride to What Becomes of Me, and possible hate mail from adoring fans, I’m still getting that Kansas vibe, but this is closer to The Oblivion Particle; great harmonies, very AOR, the solo a little too long, but a tune that draws you along from beginning to end. It’s no Bennett Builds A Time Machine, but the talent shines over the material on this occasion (my view, you may love). Vault is third up and I do like it, in its quieter moments it settles like dust in the wind, and it warms a few cockles.

Then I find my first ‘Wow!’ moment: Have We All Gone Crazy? Well, I have been for some time. This is much more like it, yes I could easily say ‘sounds like…’, but I won’t, just rocking along and having a good time. Maybe live this would be a little pared down as I wonder if a more simple construction would benefit the track, but it lifts throughout until the climax.

A nice interlude in So This is Life? after the pounding given by the previous track, with George Martin-esque strings, and a breathy vocal it would sit comfortably in that AOR niche, not un-Beatle like either. A nice plus.

“Well Dorothy, we’re back in Kansas again”, with a few twists and turns, and a stamp of originality, but then two steps forward on the Yellow Brick Road and Box of Spiders. This is really cool, yes it’s instrumental but in that world where you buy an album for one track, this for me is it, though I think it may scare the willies out of some people. Then with no doubt a sense of irony Beginnings ends disc 1.

Every musician on this album play their socks off, from the tightly controlled drums and bass, swirling and layered keyboards, to the commanding lead guitar; vocally the harmonies remain as good as before, and at times heavenly, barring my observation on the early tracks

Disc 2 is quite Genesis-like with elements of Wishbone Ash, not a single track I dislike. Purchase for disc 2 and think of disc 1 as the bonus, you still get some excellently performed music on disc 1, but in terms of finding that spirit within that we all have when it comes to music, the tracks on here are the ones that set it free. Compared to The Oblivion Particle it is more than okay, but not reaching the same heights; however they are touring the U.K. for two dates later in the year and I can see that the tracks here will perform live very well, so in conclusion, yes, I am sitting on the proverbial fence in a way, a sort of 60/40 love, but given the opportunity, a salary increase (hah!) or a lottery win, I would love to see this band performing these tracks in the flesh.

They definitely have gained my patronage from listening to this and The Oblivion Particle, and I will continue to listen awaiting conversion from enjoyment to “fan”. It has just enough Gentlemen’s Relish for me, too much and there would be more whelming (!), so purchase, find your own pleasure in it, they may be the same but life would be harder if we all loved the same things. 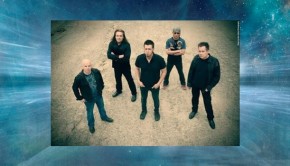