Riverside brought their Toward the Blue Horizon Tour back to the scene of their triumphant Bristol gig in 2015. Tragically since that tour they have lost their great guitarist Piotr Grudzinski, which understandably shook the band, but they have decided to carry on. This was the first tour since that loss, and it is proving to be a positive affirmation of this fine band, drawing on the support and, dare I say it, the love of their committed fans. However, be under no illusions that this was a sombre, mournful occasion. The spirit of Piotr was honoured, but there was more of an air of celebrating his memory and the legacy of the band, whilst at the same time laying down markers for a different new, possibly less ‘heavy’ direction as the band evolves. 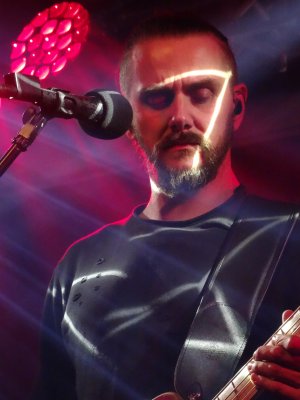 An atmospheric and extended re-interpretation of the originally brief song Coda immediately touched an emotional nerve, with Mariusz Duda playing bass in a particularly prominent way, quite unlike the original short version. Clearly Riverside were not here to simply re-tread the past, but were re-imagining it to indicate that their eyes are on the future. They have probably wisely not sought to officially replace Grudzinski permanently for their albums, but had the difficult task of finding a guest live guitarist with the skills and insight to join them on stage. They have brought in Maciej Meller from fellow Polish Progressive rock band, Quidam. Duda worked with him in 2015 on the Meller Golyzniak Duda album Breaking Habits and felt that they knew each other’s ‘musical sensitivity’. It was important for the band to find not just someone with the technical ability to play their music but as Duda says, “someone able to convey the music and character of the band on stage, and at the same time enhance it with their own sound and interpretation”. From the evidence of the opening numbers, especially the early classic epic Second Life Syndrome, it is clear that they have indeed found that special guitarist and person. Meller perfectly balanced along that fine tightrope act of playing the Riverside material in a manner totally in keeping with the band’s heritage but not slavishly copying Grudzinski’s style, and adding his own flowing sensitive and intuitive interpretations to the pieces. 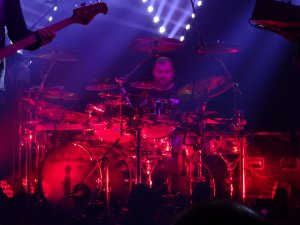 Riverside played a selection from across their career with an impassioned crowd singing along uninhibitedly, particularly on Conceiving You. Duda has a wonderful singing voice that can equally carry the more emotional and quieter pieces sensitively whilst projecting effectively for the more powerful pieces, such as O2 Panic Room and the Porcupine Tree-like Saturate Me. The Depth of Self-Delusion from Shrine of New Generation Slaves is an opportunity for Riverside to take an already class song and just take it on to a new level with an imaginative and hypnotic reinterpretation. Mariusz Duda skilfully played the bass like a lead instrument throughout, ending with a thunderous but agile solo during an extended jamming session, interplayed with Meller’s subtle but well-judged guitar. If this is a hint of things to come with fascinating fresh perspectives on previous favourites then it will be a musical ride worth taking with Riverside in future. 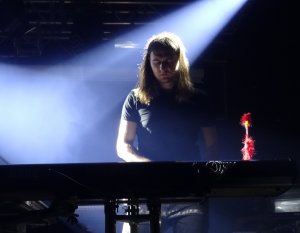 After such rock brilliance it was perhaps timely for Riverside to take the pace and atmosphere down a few notches as they played a beautiful acoustic version of Lost (Why Should I be Frightened by a Hat?). Duda explained that the song had originally been written on acoustic guitar and invited the crowd to sing along with the choruses, playfully teasing them with repeated entreaties for “just one more time…”. This was a band who were really enjoying themselves and embracing the camaraderie and warmth of a very enthusiastic crowd drawn from across the age ranges and genres, hard rockers rubbing shoulders with Progheads, and plenty of Polish compatriots adding to the excitement in the room.

The quality and excitement of this gig continued to rise as Riverside embarked on a song that really shines more in the live setting, the epic Escalator Shrine, with Michał Łapaj sparkling on keyboards, as he did all night. The rarely played Before, the third song from Second Life Syndrome, provided a dramatic conclusion to the main set. This song slowly builds in power with Piotr Kozieradzki in thunderous action on the drums, sparking off a tremendous response from a crowd totally enraptured by the power and poise of this great band. 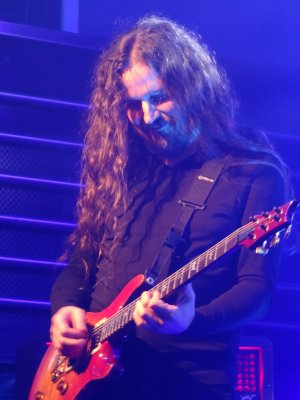 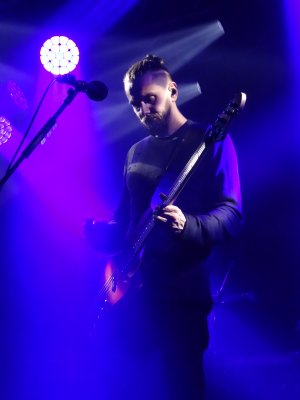 Opening encore song Toward the Blue Horizon provided the most poignant moment of the evening with it’s elegiac opening section intensifying in power and electricity, before the song gently falls softly like tears:

“Where are you now my friend?
I miss those days,
I hope they take good care of you there
And you can still play your guitar and sing your songs
I just miss those days and miss you so…”

The resonance with recent events for the band is crystal clear and you could hear a pin drop as the crowd were transfixed with emotion. As Duda stated at the start of the encore, it has been a ‘cathartic’ evening. Riverside do not leave us in mournful sadness and finish off a truly remarkable concert with a completely different rendering of the first song of the gig, Coda. Repeating a song may sound strange but as Duda explains, this version is much more ‘free form’, and it is certainly an expansive and startling re-imagining of a song, almost completely unrecognisable from its original incarnation. This marvellous set closer also showcases a section from Goodbye Sweet Innocence taken from 2011 E.P. Memories in my Head. The echoing closing lyrics of the evening telling us all we need to know about how Riverside feel about their recent past and near future: 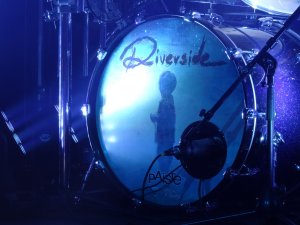 [Pictures by Ilse Kamerling, taken at Riverside’s show in Edinburgh on 19th May 2017 and used with many thanks.]

SETLIST
Coda
Second Life Syndrome
Conceiving You
The Caterpillar and the Barbed Wire
The Depth of Self-Delusion
Lost (Why Should I be Frightened by a Hat?) (Acoustic version)
02 Panic Room
Saturate Me
Escalator Shrine
Before
~ Encore:
Toward the Blue Horizon
Coda (Extended version with section of Goodbye Sweet Innocence)