Adversity, they say, can bring out one’s best and this certainly seems to be the case for Daniel Gildenlöw, or at least his muse, as he draws on the unpleasant experience of being hospitalised in 2014 with a flesh-eating bacterial infection. How much of the story being told via Pain of Salvation’s new release, In the Passing Light of Day, is factual and how much is poetic licence, I’m not sure we’ll ever know, but it has resulted in their best album, by far, since 2002’s Remedy Lane, both lyrically and musically. In fact, I do believe this is Remedy Lane II, even though this is not explicitly stated.

Needless to say, it’s pretty grim stuff: anguished and angry, the singer railing against pretty much everything, but this is when Gildenlöw is at his best. Yes, it’s all rather introspective, as you would expect, and we’re treated to self-doubt, infidelity, relationship stress, God angst (in fact angst against everything really), the unfairness of life, the beauty of life, love, regret, defiance, euphoria, remorse, reminiscence, acceptance, resignation. The full gamut.

Aside from the gritty lyrics, the band have returned to their roots with a much heavier sound incorporating the industrial, dissonant, quirky trademarks that distinguished them from the pack in their earlier work – something the fan base has been pleading for, well now they get it – and despite the change of personnel, Daniel being the only original member, the sound is very much Pain of Salvation. 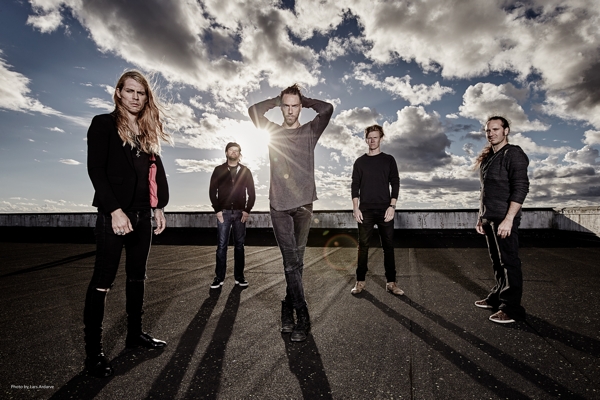 The opening track, On A Tuesday, presents a microcosm of the album as a whole with its aggressive, syncopated, out-of-kilter chugging guitars interspersed with moments of beautiful serenity: “I was born in this building, it was the first Tuesday I’d ever seen. If I live to see tomorrow, it’ll be my Tuesday number two thousand, one hundred and nineteen” is the first whispered line after a manic opening before the band explode into action again, the pace ducking and diving, mayhem followed by calm. The track closes out with the main Passing Light of Day theme, somewhat doom-laden grand piano and voice, subsequently reprised at the close of the album when the abyss is drawing close. It’s pure classic early Pain of Salvation, but taken a notch higher and heavier, up to 11 in fact. It also contains some interesting keyboard orchestration that wouldn’t have been out of place on the Be album.

Tongue of God treads some new territory, bringing to mind Extreme’s Waiting for the Punchline phase, Daniel challenging God’s role in all of this. Meaningless could almost be a leftover from the Road Salt albums, but benefits greatly from the better production, Gustaf Hielm’s super-deep bass adding menace and tension.

Silent Gold is something of a surprise with a Neil Young vibe, but provides a nice climb-down before we delve back into the heavier stuff… Long-time followers of the band will love the intro of Full Throttle Tribe with its out-of-sync drums and guitars, and the track itself is a smorgasbord of styles and approaches, another classic. Likewise, Reasons also brings a bit of a mash-up, from the dense opening, through vocal harmonies, crunchy chords, a winsome call/answer verse and into the Pantera-like list of reasons themselves, hard-hitting, lyrically, better and substantially more hard-core than anything Pain of Salvation have done in the last decade.

Angels of Broken Things is a nice enough track, but its stand-out feature is that it contains the only guitar solo on the album, which is unusual for the Prog Metal genre. To be sure, the most is made of the occasion as it lasts just short of two minutes, which is also something new. No idea if it’s played by Daniel or Ragnar (maybe both?), but it’s a beauty. Taming of a Beast has Daniel lamenting his clipped wings – he’s trapped, stripped of his vitality and yearning for what once was, wanting to get out there and go wild. It is lyrically good, but not one of the stand-out tracks to be honest.

If This Is the End has Daniel considering and resigning to the real possibility of his own death. It starts low-key and relatively straight forward, sounding like a Tom Waits song at the beginning, but builds to an angry crescendo and subtly brings in Ending Theme from Remedy Lane. Finally, we have the end, or is it? Does our hero die? He seems to from the lyrics. In any case, this is an absolute gem of a song which has Daniel, with his wife, reminiscing on their relationship, regret that they didn’t have more time together, but re-affirming their love. It’s an extremely poignant song, made all the more emotional by the sparse instrumentation, allowing the vocals and lyrics to shine. Once more we build up to a heavier mid-point, but things settle down again for a gentle wrap-up and, we assume, death. Again, Ending Theme is reprised, this time with the lyric added, so there should be no doubt that this is indeed Remedy Lane II. 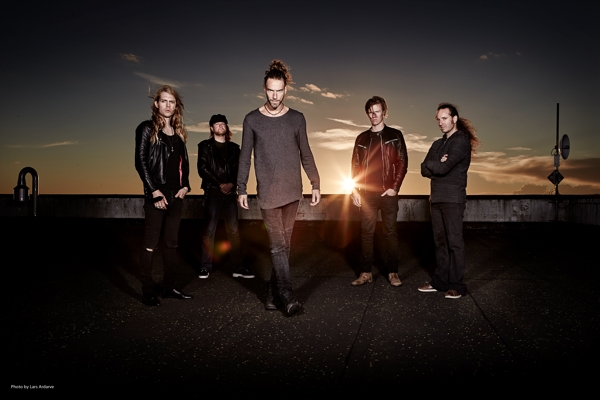 It’s a heady end to an emotional roller-coaster of an album, which ranks with the best that the band have ever produced. Pain of Salvation lost their way somewhat after Remedy Lane – the unplugged 12:5 rehashing previous tracks, the overly self-indulgent and impenetrable Be, patchy Scarsick, the aberration of the two Road Salt albums – some good tracks amongst the lot, granted, but overall rather average. Make no mistake though, with In the Passing Light of Day, the band are back and meaning business, their astonishingly good performance at Night of the Prog X in 2015 very much signalling that there was a new energy, and most of all cohesion, to the band once again, also hinted in their holding release, Falling Home.

Released on 13th January, this is a must-have album for existing fans, lovers of Prog Metal and anyone interested in discovering the band or enjoys “thinking man’s metal”.