In the reviewing business (if you can call it a business) we often get more than one CD at a time from a particular record company. Angel Air Records went one further and also offered us an interview with the one and only Dave Greenslade, the artist behind three of the releases I’ll be reviewing here. They originally sent us the two live albums, which were released on the 26th August, but after my conversation with Greenslade [which you can read HERE] where he recommended some more of his recordings on the label, Angel Air were kind enough to send two more. Here then, in chronological order of the music, is my Angel Air roundup!

To those who know even a little about Renaissance, the year in the title of this release will be enough to tell you that this is the original incarnation of the band with the Relf siblings, along with Jim McCarty, Louis Cennamo and John Hawken, before the incredibly strange line-up changes of ’71, which to this day I cannot wrap my head around. Featured is an enlightening 36-minute live performance from the Fillmore West in San Francisco, followed by a charming collection of out-takes and demos from the original line-up, which cannot be found on either of the Esoteric reissues. However, this isn’t to say the material before is ‘previously unreleased’; the CD is essentially a reissue of Renaissance – Live + Direct, originally released in 2002 on the Spiral label, but the essay is new. Whether that’s enough to tickle the fancy of the hardcore collectors is anyone’s guess.

When it comes to Renaissance, you tend to find that you prefer one incarnation over the other, and I must admit, I’ve always preferred the finesse and the symphony of the later incarnation’s efforts, building on the strong musical foundation of the original band. Nevertheless, the recordings here show a lot of spirit, and the live recordings are truly exemplary, if a little muffled. The opener Innocence is immaculately played, at nine minutes in length. No Name Raga is a fantastic extended song that has the feeling of a jam, although parts are clearly scripted. Bullet opens like the studio version, but the instrumental carries on until the end, leaving no space for the sonic experiments of the original.

The demos are listed as ‘bonus tracks’, but with better sound quality these quickly become the selling point of the set. Less than twelve minutes between them, these tracks could have easily worked as B-sides, possibly A-sides, but unfortunately were lost in the annals of time until the turn of the millennium. Statues is a marvellous ditty with a subtle 7/8 time chorus, showing tendencies of progressive rock. I love the track I’d Love to Love You Till Tomorrow simply for its name. No further questions. Another favourite, Please Be Home, highlights Jane Relf’s beautiful vocals and is the only place on the album where her voice shines. All in all, it’s a peculiar set of tracks, but one that helps the listener further understand the first incarnation of the legendary band. 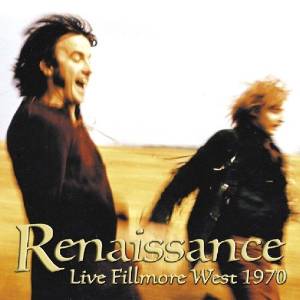 The next outing is from another classic progressive band, Greenslade, oft maligned for sounding too ‘prog’. As I was to find out from Dave Greenslade himself in our interview, this is purely by coincidence; he doesn’t even like Yes! Revelations like these have helped me to see the band in an entirely new way.

The tracks on this album were recorded on the tour supporting Bedside Manners Are Extra, so you can feel assured there is nothing but classic Greenslade here – no fluff. All your favourites are here, beginning with a brisk rendition of An English Western and finishing with a dramatic Drum Folk with extended drum solo that Greenslade swears is the best he’s ever heard.

Pleasingly, the tracks appear to have evolved from their original studio incarnations, and thus quite a few of the tracks are longer, some more than others. Sundance, originally nine minutes, is now extended to twice its length at a whopping seventeen replete with an entirely new central section, while Drum Folk gets a fourteen minute treatment here.

The band are really on top form as well, never seeming to miss a note. Unfortunately, the sound quality does hamper the enjoyment of this album, and can make the finer sections of this album quite difficult to hear. McCulloch’s drums, though brilliant, are especially muffled, which is a shame as I always thought the crispness of his work in the studio was such a selling point. With all that said, I’d say fans of the band will definitely get a kick out of hearing this band in action at the best point in their history. 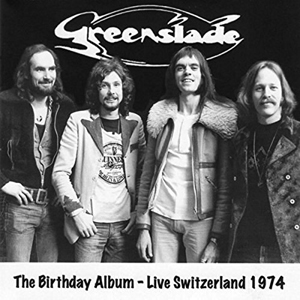 Next up is Dave Greenslade’s first solo album – co-produced by Rupert Hine of Quantum Jump fame – released after the break-up of Greenslade (this band name business can get a bit confusing!). Though released in 2014, this is actually the first CD release of this album with its classic Roger Dean artwork, perhaps the best of the Greenslade catalogue. I was quite astonished to find this out because although it may not be Greenslade’s best work, it’s still of much better quality than a lot of the dross that has been revived from that period.

I’ve always felt that Greenslade were stronger in their instrumentals, not because the lyrics were bad – in fact I’ve always been quite fascinated by Dave Lawson’s output, especially after his uber-creepy work on Web’s I Spider album – but because the verse-chorus structure never seemed to fit with them. Take Feathered Friends, where the most interesting part of the song is over after a mere minute, or Bedside Manners Are Extra, which never really gets a chance to go anywhere. All these songs feel like they’re built around the more exciting instrumental section.

This is why it’s fortunate that Cactus Choir is mostly instrumental, beginning with the rather complex and discombobulating Pedro’s Party. A few nice songs are scattered around, including the upbeat Gettysburg and the more sweeping title track, but the instrumentals are the real strength of this album. Special mention must go to the rather Camel-like Swings and Roundabouts, the first part of a ten minute medley with Time Takes My Time where we get to hear Greenslade singing for the first time. However, the last duo of songs really bring the listener back into familiar Greenslade territory. Country Dance flows beautifully between fast jazz-based sections and murkier slow parts. At eight and a half minutes, it’s difficult to tell if Finale is really the standout sometimes. The different sections – keyboards only followed by full band followed by string section – contrast so greatly that one is likely to forget you’re listening to the same song.

It may just be down to personal opinion, but to me Country Dance is the real heart of this album, a perfectly crafted number amongst some lesser songs. This version, as loudly advertised on the front cover, includes the bonus track Gangsters, actually a re-recording of the Greenslade track from the tail end of Time and Tide the year before, used for the BBC TV show of the same name. A lot of fun, although the lyrics are barmy, can’t imagine what the series was about!

While there’s a hint of underlying hiss in the mix, the sound quality is nonetheless very good, so each instrument can be heard clearly. The drums and bass sound fantastic here making this a worthy CD release indeed. The CD booklet contains the album art in full, although rather small, along with an essay and album credits. I felt that the quotes from Greenslade in the essay could have been kept a bit more concise for readability, but it’s all still interesting. It seems that Dave Greenslade’s solo career is ripe for a re-appraisal! 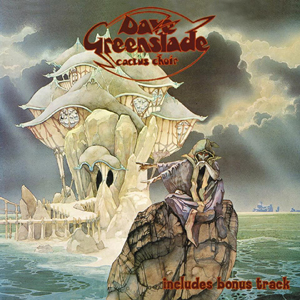 Mr. Greenslade was very keen that I hear this album that is sure to be a fanclub treasure, after we spoke briefly about Colosseum stablemate Dick Heckstall-Smith, who makes an appearance here. As the CD case notes, Greenslade “has been back into the studio to remaster the original recordings he made in the period from 1979 to the mid 90’s some of which were then re-recorded and released as Greenslade, Colosseum or solo album tracks.” What this basically means is that they’re one-man demos, recorded with processed drum, guitar and bass sounds over his keyboards and vocals.

The music can be a little hit and miss, and there’s a lot of variation; understandable given that it was recorded over a decade and a half. While many of the tracks are quite repetitive and perhaps only interesting for historical value, there are a few highlights. Val Suite II (Working Title) may not have any distinguishable similarities with its prequel, but it certainly has a complex progressive edge to it, and at eight minutes is the longest track of the set.

Unfortunately the flat dull sound of the fully synthesised music really kills any sort of vibe that could be achieved with the full band, and the sound quality isn’t perfect either. In order to enjoy this album, you must have either heard the actual songs in question – on The Pentateuch of the Cosmogony or Bread & Circuses for example – or just have a really good imagination. Either way, the nature of these tracks qualify this set as a “fans only” release. 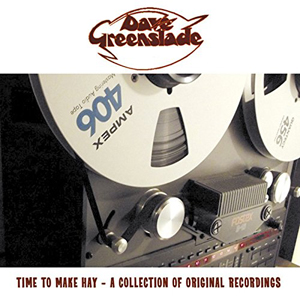 [You can read Basil’s interview with Dave Greenslade HERE.]