Recommendations for bands to see are a good thing, and when the opportunity to travel only a few miles to see one at a venue in rural Devon arrives it is not to be missed. With recommendations from my fellow Prog Widow™ creator, and Mike Morton of The Gift, ringing in my mind, the short trip across the moor was taken. I think I’ve said it before but The Wharf is an excellent small venue with a capacity of about 250. Tonight probably around 150 had gathered to see Karnataka, just returned from Europe; Verona to be precise, home of guitarist Enrico Pinna. A successful, fun and expensive tour as described by vocalist Hayley Griffiths, something to do with tour vans and dents…

Winners of both the Classic Rock Society Awards album of the year for Secrets of Angels and best song for the title track, I can feel a treat coming on.

Karnataka introduce themselves on stage with Peter Gabriel’s Rhythm of Life, my favourite from the 4 album (Security, for our American readers), so they have already half won my attention. Karnataka move from Gabriel into their opening number, Road to Cairo; subtle keyboard intro, the band build the atmosphere and finally Hayley takes centre stage. Such energy, and immediately explains the space left on centre stage. Followed by Poison Ivy I am encapsulated, not only by the leads vocals, but the sheer dynamic professionalism of the rest of the band; every instrument holds its own, from the slightly crazy drums of Jimmy Pallagrosi – surely in his make-up he has some DNA of Animal from The Muppets – to Ian Jones’ controlled bass.

Much of the two sets comes from the Secrets of Angels album, that seemingly the current direction of the band, Talk To Me and Fairy Tale Lies and I think I detect that Hayley has received some vocal coaching/training as she places her hand on her stomach aiding the control of her diaphragm. She has a lovely range – not a euphemism – and we get three more tracks before we slip into the twenty minute interval and another pint of Jail Ale. Twist of Fate indeed… 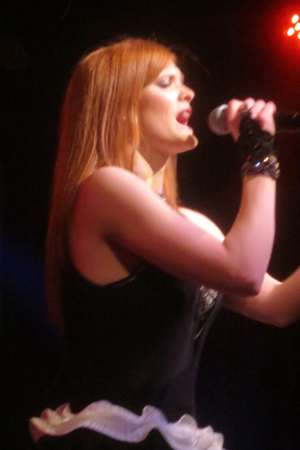 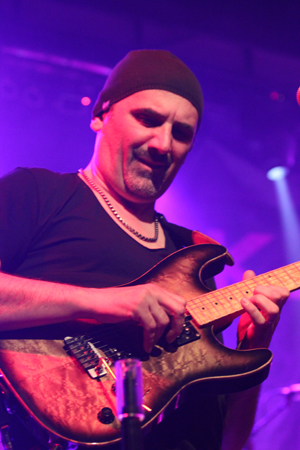 Part Deux! Another great piece of music to welcome the band back on stage, but not one I recognise (please, what is it?). Solos abound but never get boring and the lead takes the stage in a change of frock. Serpent and the Sea and I’m hooked again as the promise of buying the album at home is rapidly heading for the fire exit (and ultimately did).

A mixed set of old and new, and as said everyone had their moment in the sun – keyboards from Çağrı, a tight drum solo by Jimmy – from a truly European band; What will happen to bands like this if we vote ‘Out’, I worry.

Because of You, Forbidden Dreams and Borderline stood out for me in the second set, but I am doing the band a disservice by singling out individual pieces. There is great musicianship throughout and Karnataka are definitely a band I will try to see again before the year is out. Sadly not on 7th May at Sutton FC where they play with The Gift and Konchordat (who have also recently released an acclaimed album), but as soon as possible.

The opus, Secrets of Angels, okay, I was not blown away, but definitely entranced, and the nail in the coffin of the cash in my pocket is delivered. Twenty minutes that felt like they were over too soon. It is a great track, in the comfort of the studio at home, even better. I always enjoy live music, with a few exceptions (the pub Country & Western singer must die!) and Karnataka have entertained, and at times enthralled, the journey has been worth it. As Enrico plays them out, they gather at the front of the stage and take a well-deserved bow.

Until the next time Karnataka. 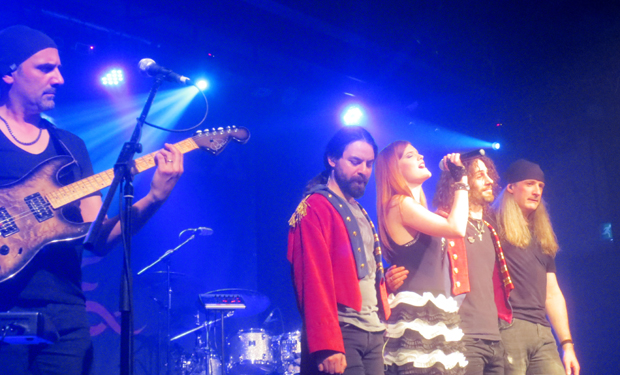