I have been looking forward to this concert for what seemed like the whole of summer. The likeable and slightly eccentric Stackridge are touring the UK, sadly for the last time, playing in Putney as part of the “Final Bow” tour. I was not sure whether to feel melancholy or happy for this celebration of an incredibly original and talented, if understated band. I know that the view of band members was that this was to be a celebration. Stackridge are one of the few bands who in my opinion can write good and original songs; this is a rare talent. I have followed Stackridge since the release of Friendliness and like most Stackridge fans slightly undecided as to which is my favourite album. Is it Friendliness or is it the George Martin produced The Man in the Bowler Hat, two excellent albums? I err on a third option and that is the band’s first release for Rocket records, Extravaganza. I understand that this is one of Sir Paul McCartney’s favourite albums, which is not too surprising as Stackridge have always had a strong leaning towards the Beatles.

The Half Moon in Putney has undergone a recent refurbishment and this famous venue is well appointed, serving excellent food and drinks, and I also found the staff very helpful. The music room is at the back of the main bar area and holds about three to four hundred people with scattered and limited seating around the main area. As expected this concert was well supported and the auditorium was full, which meant that in reality in order to see the band at all it meant standing although I think that most of the audience preferred this to seating anyway. There was also a merchandising area which sold a wide range of CDs and memorabilia from Stackridge, and related bands the Korgis and the Meanies. I bought a copy of the excellent tour programme, which I thought was pretty good value for money at £5.00. 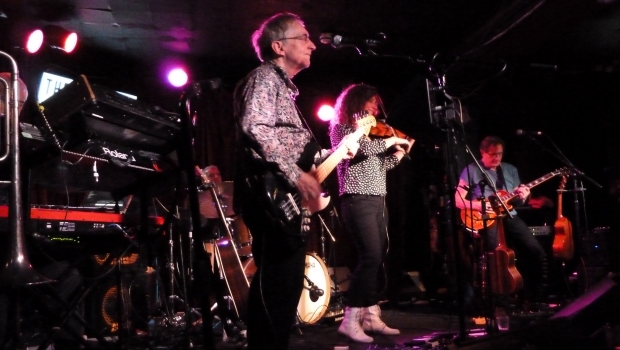 Stackridge went on the stage at around 8.00pm and played almost all of their most famous songs, but unfortunately they were unable to play Something about the Beatles as they were in danger of over-running. James Warren and Andy Davis and the rest of the band played with a huge amount of energy and the audience enthusiastically sang along with their tuneful and whimsical songs. Clare Lindsey was a focal point with her delightful violin and voice, with Glenn Toomey on keyboards to her right, and to her left Eddie John on drums. I was unable to make a note of the setlist but off the top of my head Stackridge performed many of their favourites including Fundamentally Yours, Syracuse the Elephant and a rocky Purple Spaceships over Yatton, playing non-stop for over two hours. My highlight was without doubt the incredibly moving and ambient God Speed the Plough. During the week I emailed Stackridge and somewhat cheekily asked whether they would play Happy in the Lord from Extravaganza and received a polite reply that it was not possible as it was a Mutter Slater song.

The audience had a great time, and as expected it was a great evening for all who attended this memorable concert. Stackridge congenially stayed on afterwards chatting with fans and signing bits and bobs. I had a chat about Sir Paul McCartney’s favourite album Extravaganza with the likeable and unassuming James Warren. All in all this was a highly enjoyable concert and having a chat with the band afterwards finished the evening off nicely. 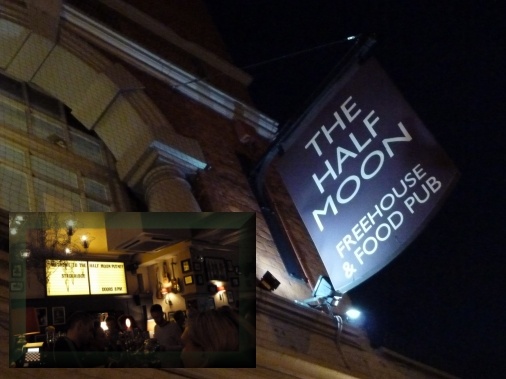 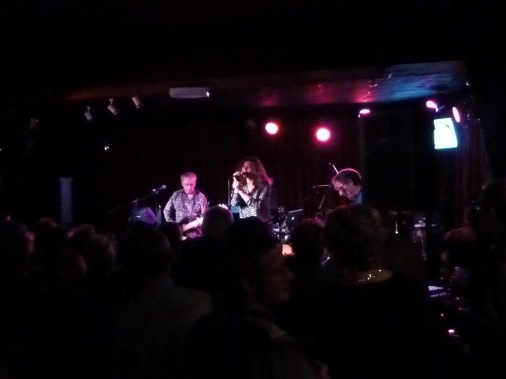 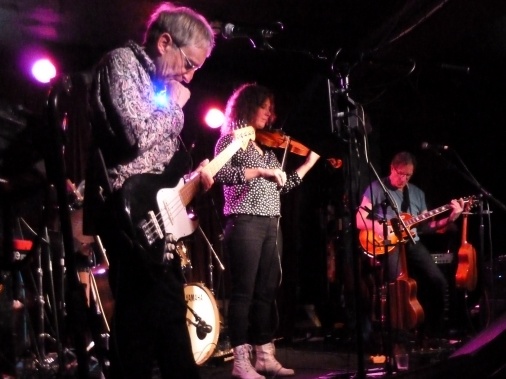 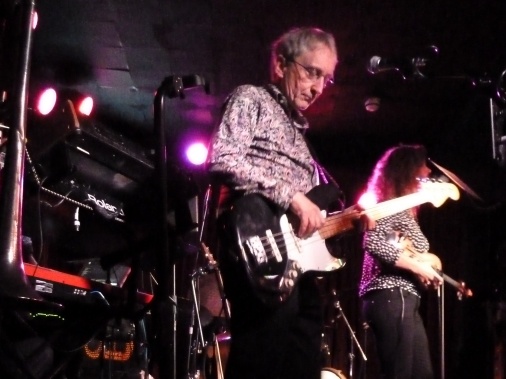 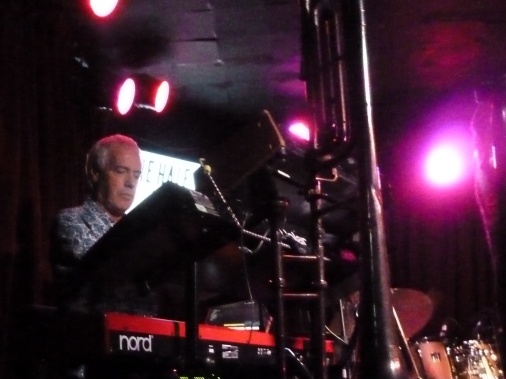 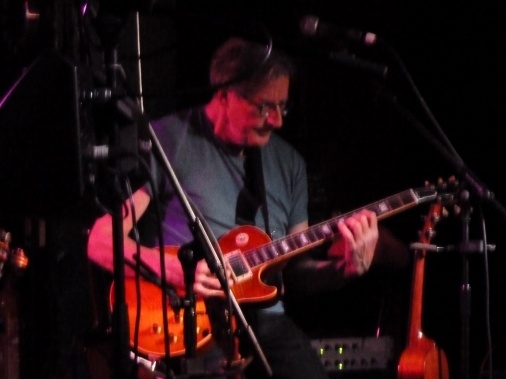 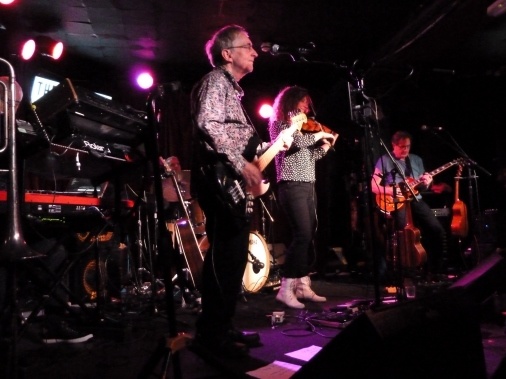 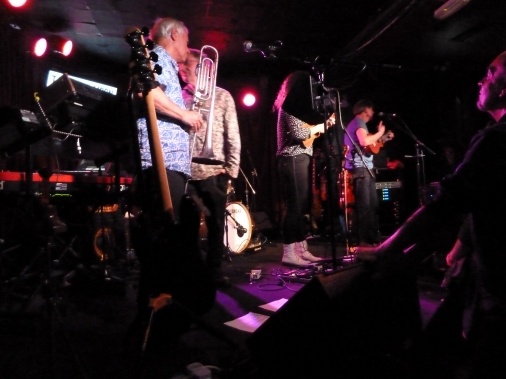 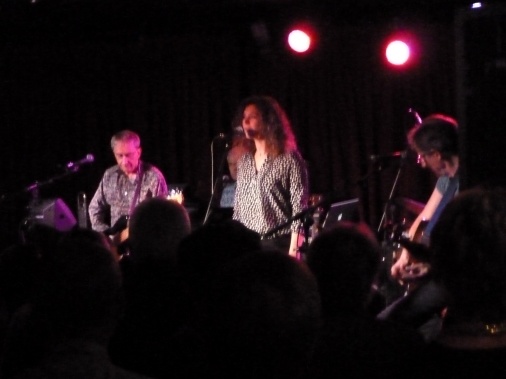 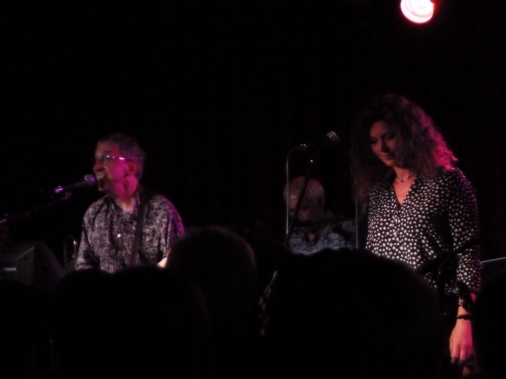 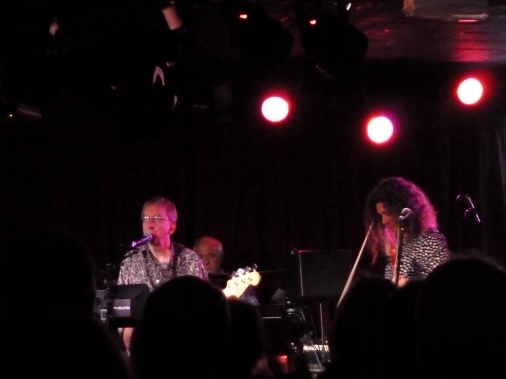 After I left the Half Moon and wandered down Lower Richmond Road towards the bus stop, I turned back and could not help feeling a tinge of sadness that it was going to be unlikely that I would see the incredibly original and talented Stackridge again. Given half a chance I am tempted to go to their final gig which is being held the Fiddlers in Bristol on Saturday 19th December, especially as it is followed by an after show party until 2.00am!