I have enjoyed the music of Curved Air since the release of their debut album Air Conditioning, which coincidentally was one of the first picture discs and was released in the UK in 1970. Before the concert I could not resist buying one of only three original picture discs left of Air Conditioning, which belonged to Sonja’s brother. I had lost the copy I bought years ago so it will be a fitting memento to a hugely enthusiastic and enjoyable evening.

Now a Premier League football ground maybe an unlikely location for a concert venue but Under the Bridge was created under the supervision of the football club’s owner and the outcome is impressive. I would go so far as to say Under the Bridge must be one of the best equipped and smartest venues in London and to top it off I also found the staff particularly helpful throughout the evening. When I arrived the first thing I which struck me was the huge psychedelic montage of colours of the latest Curved Air album, North Star being projected onto the stage. The band came on stage at around 8.20, Paul Sax (Violin), Robert Norton (Keyboards), Kirby Godfrey (Guitar), Chris Harris (Bass) Florian Pilkington-Miksa (Drums) and played an instrumental track, (Spider), from North Star, after which Sonja Kristina was announced and was welcomed on stage with loud applause of the rapturous audience. 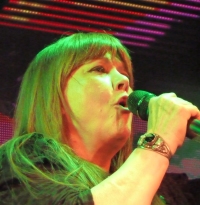 This set the tone for a very special and memorable evening. Throughout the show Curved Air played all the favourites including Back Street Luv, Stretch, It Happened Today and Marie Antoinette and the appreciative audience really got into the swing of things.

The make up of the audience was particularly interesting. There were couples, models, actors and taxi drivers all rubbing shoulders with each other, some dancing on their own enjoying the great music and others just happy to be present to witness a great performance from Curved Air. 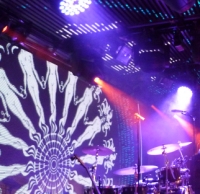 I cannot emphasise too much how impressed I was with the light show, it was absolutely stunning; a kaleidoscope of colour.

At the start of the concert, the bright art work and Technicolor colours of Curved Air’s latest album, North Star was projected onto the stage and the result was quite breath-taking, this was followed through the evening by the art work of Air Cut, Phantasmagoria and Air Conditioning. It was clear to me and I am sure the rest of the audience that a huge amount of planning and effort had gone into this concert which forms part of a nationwide tour of Curved Air.

At 10.00, much to the delight of the audience, Ian Eyre and Darryl Way entered the stage and the band continued to play Curved Air favourites including notably Vivaldi. The whole performance by Curved Air particularly energetic, just watching them exhausted me, it was very kind of them to linger around after the concert as a sign of appreciation to their fans.

The concert finished at around 10.20 and the Sonja and almost all the band spent some time talking to fans and signing merchandise which I thought was particularly kind. 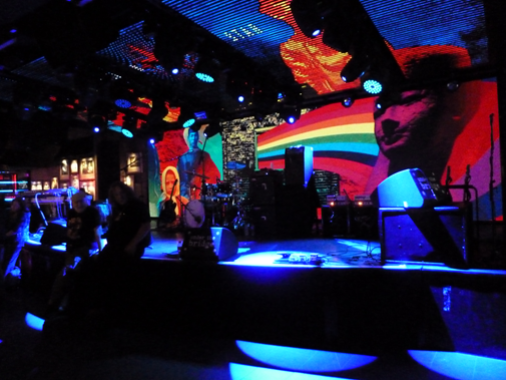 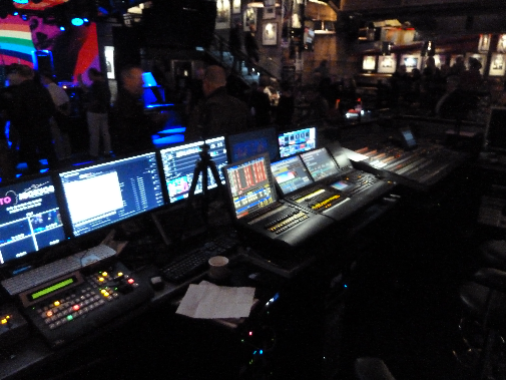 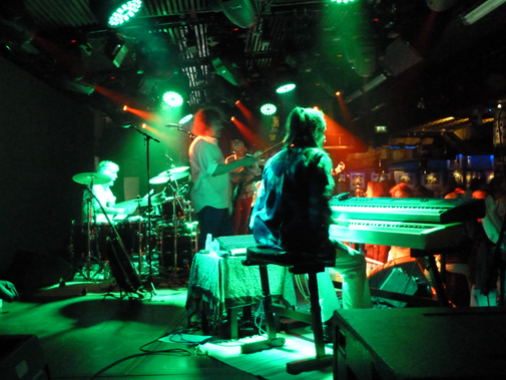 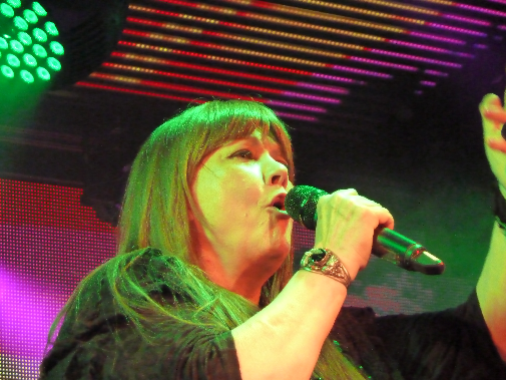 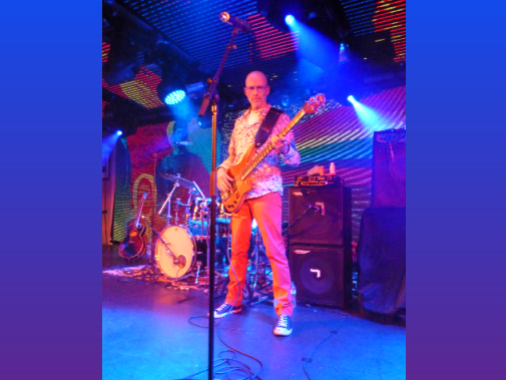 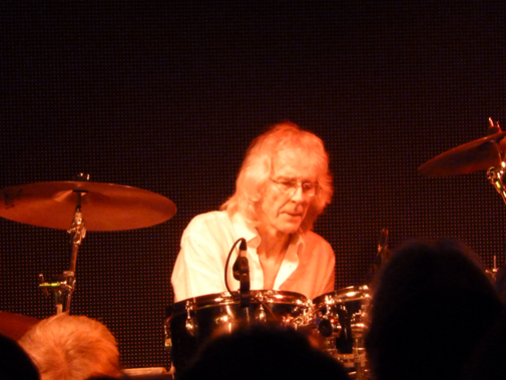 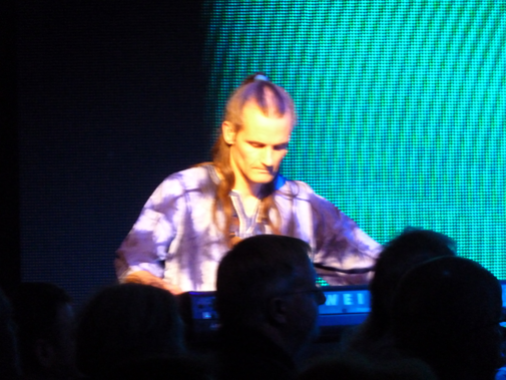 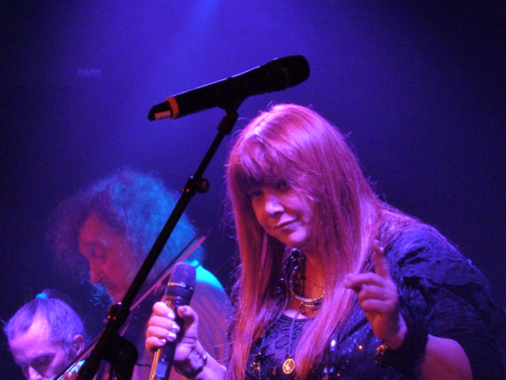 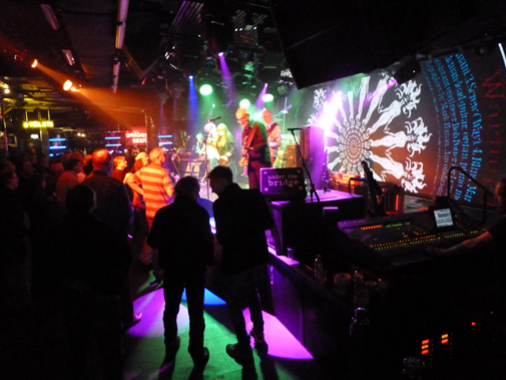 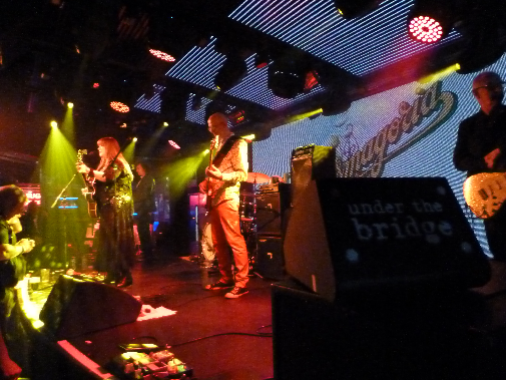 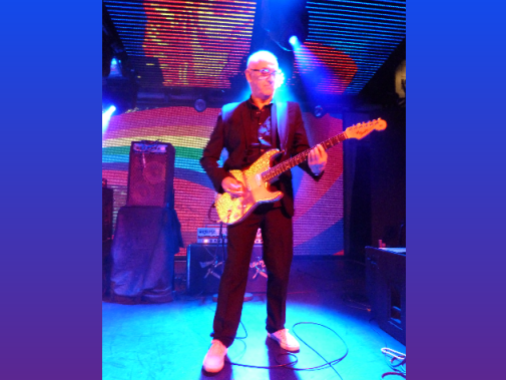 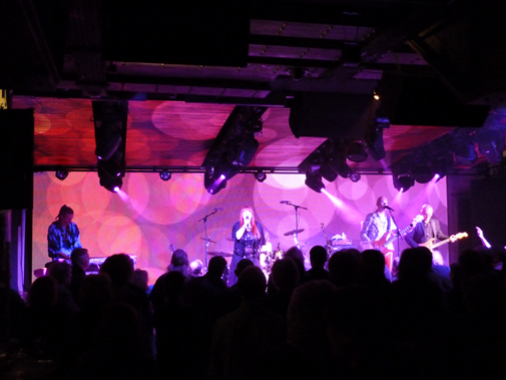 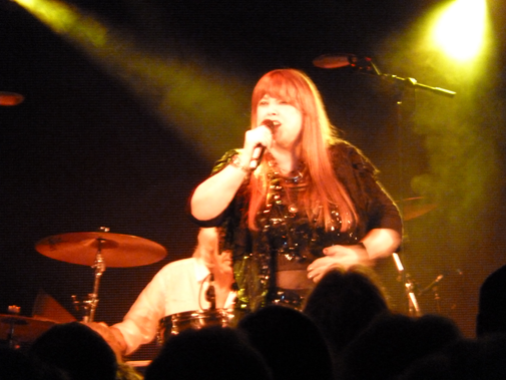 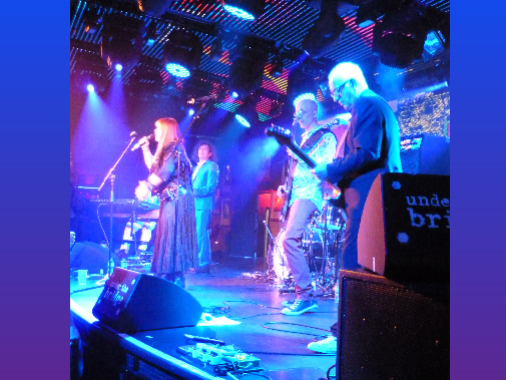 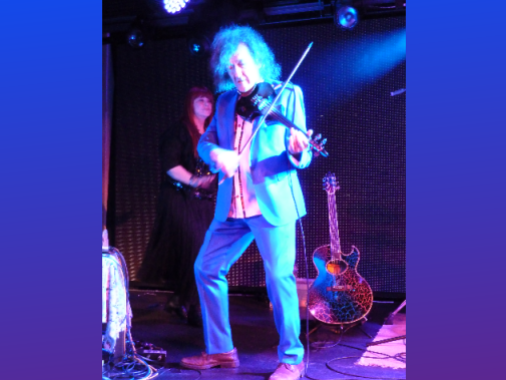 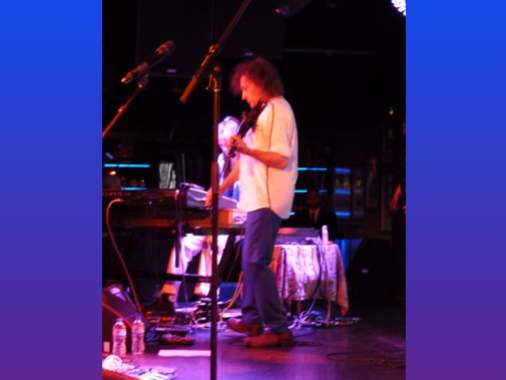 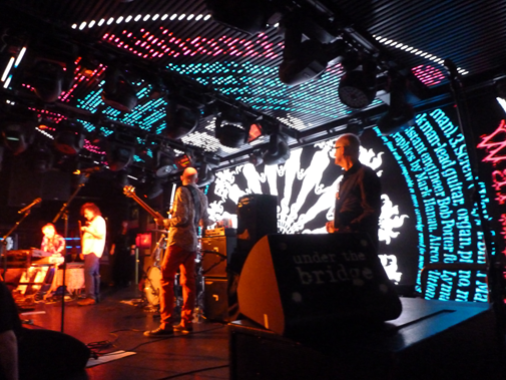 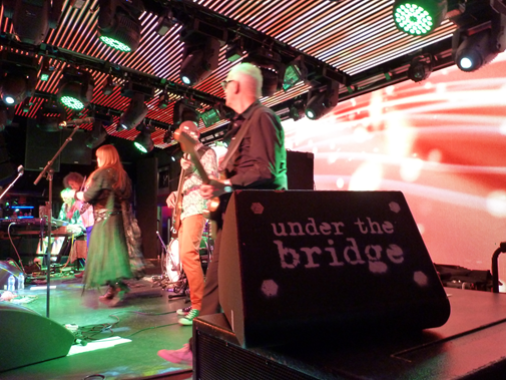 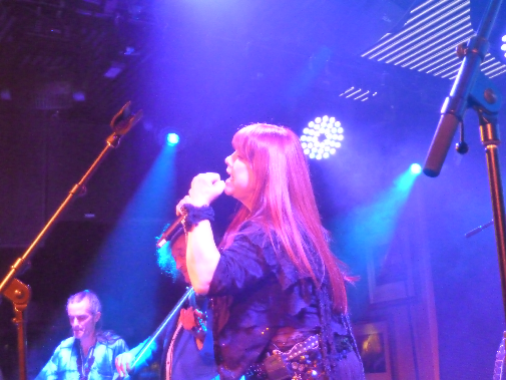 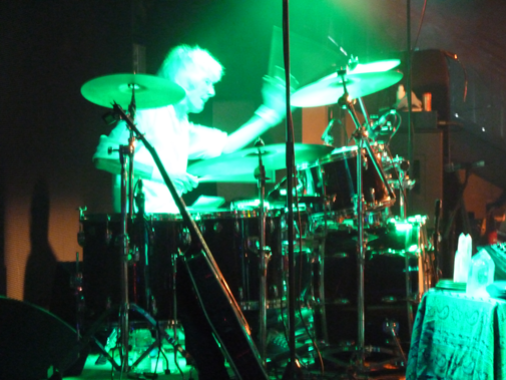 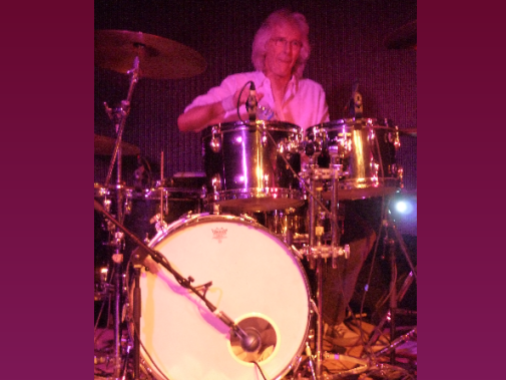 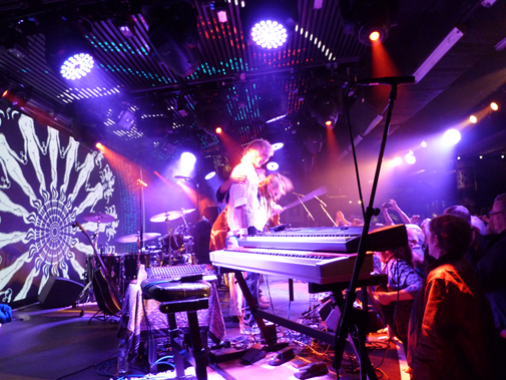 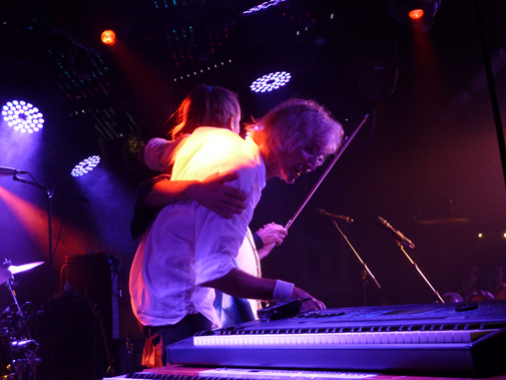 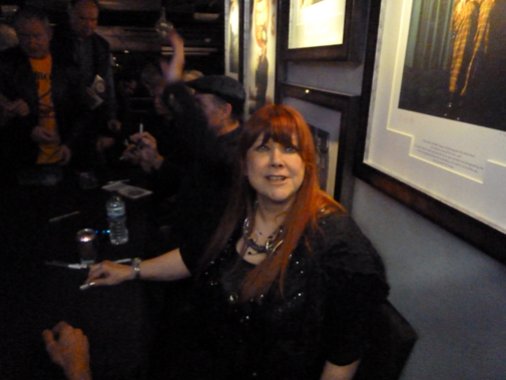 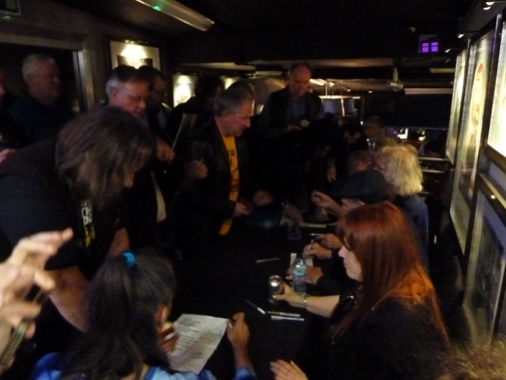