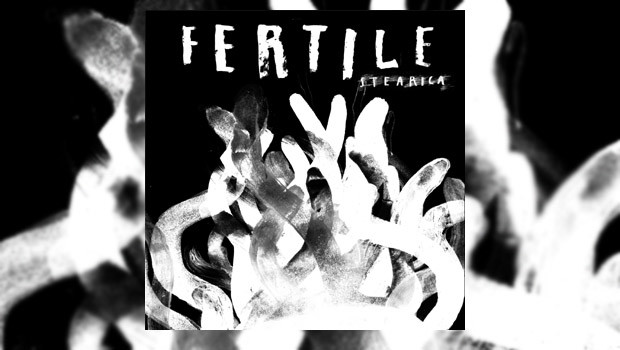 Stearica, from Torino, Italy, have been around for about 10 years. This is only their second album so even though I have actually been living in a box for the last decade could I be blamed for never having heard of them until now? I like it when this happens though, a new band to discover. That’s one of the things we’re all seeking, isn’t it?

It was quite hard to find any info on the band. What I could find was that Stearica have a cult following in the underground Italian independent music scene, and they’ve done it in the old fashioned way by touring and performing live. They also formed the Acid Mothers Temple and Stearica Orchestra and recorded an album during the last day of one of their tours. I think I’ll be looking for that.

Stearica peddle a powerful, guitar-based sound driven by punchy effective drums. But they also deal in other goods and at the back of the shop there is ambience and a light touch that is used sparsely but to great effect.

It makes me think about Darwin and parallel evolution. What the hell am I talking about and why is that relevant? Let me explain…

There are creatures that look like mice and hedgehogs in Madagascar that are in no way related to mice and hedgehogs but they have evolved to fill the same ecological niche because that physical form survives best in those conditions. So if music is a force of nature, like evolution, then Stearica have evolved to fill the same niche as The Fierce and the Dead… heavy, melodic and Progressive with a capital P. But where TFATD are all about the loud, raw, roar of vibrating strings Stearica layers it up with samples and electronic noise. And cowbell. So if you’re familiar with The Fierce and the Dead’s work, and I hasten to add you should be, then I dare say you’ll like this too.

Stearica cite the recent austerity-driven civil disturbances in Spain and Arab Spring revolution across North Africa and the Middle East as their inspiration for this, their second album, which was produced by band member Francesco Carlucci. These are mostly instrumental tracks that appeal to my visceral side. There’s a very live sound, especially with the drums, that I find refreshing as drums are all too often over-produced. So this adds to the dynamic, sometimes brutal feel of the album.

Sound a bit frightening? It is in parts but I don’t want to leave you with the impression that this is all in-your-face noise lacking in any subtlety or grace because it isn’t. There are also hints of Tool in their more proggy moments and some lovely but subtly infused ambient moments that are reminiscent of Fripp and Eno. A demonstration of their diversity is the contrast between the seventh track, Siqlum, and the following track, Amreekan. Siqlum reminds me of Trent Reznor’s best work with a pulsing opening that gives way to an almost Dub/White Reggae driving and then heavy track. This highlights perfectly my parallel musical evolution hypothesis. (Can I trademark that phrase?) Amreeka starts off quietly and builds into a driven, heavy drone with a vocal alluding to things Amreekan – I mean American. There are even elements toward the end of the last 11 minute track that I think Philip Glass might raise an eyebrow to. Where are those bits? You’d have to listen to the whole album to find them…. hearing them is like discovering a video game Easter Egg.

It is almost as if this band thought they’d open the album with a track written especially for me and close it the same way.

I am impressed by Stearica. They have found a new fan. I’d like to go and see them because if they can perform like they do in the studio then they must be a force of nature live. And with them playing U.K. dates in Blackpool, Brighton and London during April some of us might get the chance.

In summary: Exactly the right amount of cowbell.

[Stearica come to the U.K. for three shows during April. See the TPA U.K. Gig Guide for details]