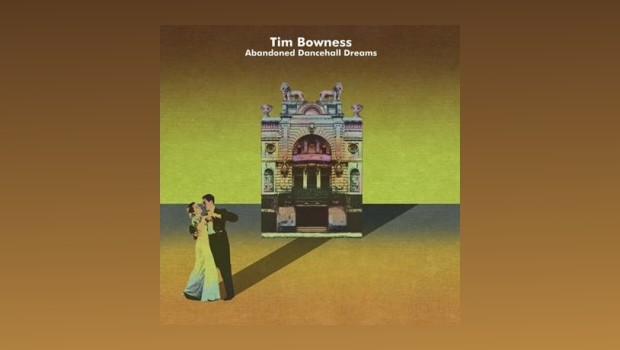 My enjoyment of this, the second solo offering from the voice and co-writer of No-man, began as soon as I first read of its imminent release. What a brilliantly evocative (and fitting) title for an album – my imagination had been kick-started way before the ‘play’ button had even been pressed.

If you’re familiar with the No-man back catalogue you will have a pretty good idea of what to expect, because for the most part, this album doesn’t stray very far in vocal or instrumental style from any of that band’s previous work. The personnel involved are the regular No-man touring line-up supplemented by guest appearances from amongst others, Pat Mastelotto, Colin Edwin and Anna Phoebe. The mixing duties are carried out by Steven Wilson, the other half of the No-man partnership. This is not in any way intended as a criticism, it’s just that the fact that the decision to release this under his own name hinted that we were in for something a bit different.

As the album title suggests the lyrics deal with the memories and reminiscences of several characters, whose lives have in some way or another been influenced by their experiences of the now gone but not forgotten dance-halls, which played such a significant part in the social life of Britain from the 1920’s through to the late 60’s. Despite the fact that the overall mood of the lyrics is melancholic and at times pretty bleak, the skill with which they are written and presented prevents them from becoming depressing. It’s not a concept album as such but rather a collection of short stories built around a central theme. It is however a piece of work which is far more rewarding when listened to in its entirety, rather than individual tracks in isolation. It demands and deserves concentration and in that respect it’s music to suit a particular mood or frame of mind as far as the listener is concerned. Nobody is going to be sticking this on to get the party started, that’s for sure!

Musically a common pattern runs through all the tracks. The vocals stay very much to the front of the mix, delivered in Tim Bowness’ trademark calm, almost understated style, which lets the words do the work rather than relying on any vocal trickery or histrionics. Instrumentally this is very much an ensemble piece with no individual instrument dominating and with the exception of a guitar break on Dancing For You, there is nothing that could reasonably be called a solo. The musicians are there to create the atmospheric backdrop to suit each song rather than show off their individual prowess, and they fulfil their role perfectly. Bowness has the ability to seamlessly combine several different musical styles and instrumentation within the one song and the whole album ebbs and flows in this way to fantastic effect.

The opening track begins with tribal style drumming and staccato bass, before the vocals come in over ethereal keyboards and multi-tracked backing voices and ends with distorted guitar over the rhythm section. It’s these little subtle touches, interspersed throughout, which really makes this album for me. Smiler at 50 is my personal favourite track on the album and is a perfect summation of what this marvellous piece of work as a whole is all about. Beginning with a sombre piano pattern, coloured with touches of folk-rock style violin which introduces the vocals, which give way to a pastoral string section with hints of brass before returning to the piano motif. All this takes place behind the musings of a lonely woman on what could have been and what will now never be which would bring tears to a glass eye!  This is a beautiful album which will richly reward the attentive listener and firmly establishes Tim Bowness as one of the most talented artists working today, and I sincerely hope that it reaches a much wider audience than the prog-savvy one which is liable to be reading this.