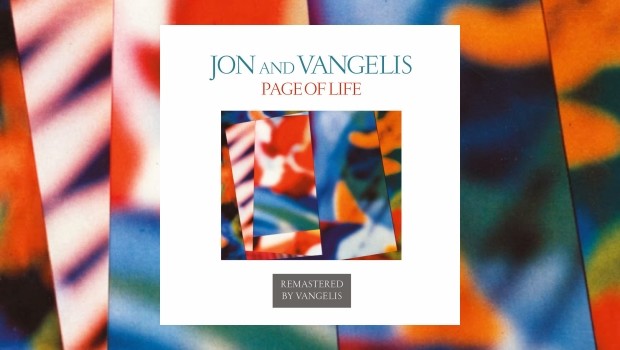 With the advent of compact discs, the generation of musicians used to the vinyl format were having a crisis of faith. First and foremost, artists were unsure how much to use the new space afforded to them; 80 minutes was a whole lot longer than 45, but would listeners simply switch off after too long? Dire Straits were among the first to fully take advantage of the CD format on their classic 1985 album Brothers in Arms; many of the album’s tracks received a longer cut on the CD than on the LP, and the album was one of the first DDD full digital recordings. Truly times were changing.

However, CDs also brought with them a terrible curse: the miniaturisation of artwork. Visual landscapes that you could get lost in were now being shrunk to less than a fifth of the size. As a result, many artists felt it was no longer necessary to splash out on great artwork, and we can see this just by the trend of 80s Yes and Genesis albums.

The only reason I make this rather long-winded point is that, just by looking at the artwork for Page of Life, I can see in my mind’s eye just what this album may have looked like 23 years ago, sitting in a cheap plastic shell with its faded artwork hardly reaching out to anyone. If you’ve ever seen a CD from the late 80s or early 90s, you’ll know exactly what I mean.

It’s a very good thing then that Esoteric have decided to do a proper job in refurbishing this overlooked gem, as they have done with all their other Vangelis remasters. The white cardboard sleeve is far more aesthetically pleasing, although the booklet cover still reminds us of a haunting past where CD artwork was deemed unimportant.

By 1991, our heroes Jon and Vangelis were certainly no longer strangers to each other. Having collaborated on three albums since 1980, this was to be their fourth and final endeavour. I guess I should have known from my previous experience with 90s Jon that the themes on this album might be a bit soft for me, but I decided to go for it anyway, as I can’t get enough of his angelic voice.

If you don’t mind synthesized… everything, then you might actually have a lot of fun with this album. The opener Wisdom Chain has a brilliant pounding rhythm that drives the song and kick starts the disc. The lyrics, as always, are Jon’s unique brand of pseudo-meaningful word play.

“Did we know the Seven Rays throughout reality We see how wonderful releasing it is. Do we cross the Great Divide that spellbinds us To one degree, this further dimension it is.”

Part of me hopes that Vangelis, in an interview, might have admitted “It’s all Greek to me!”

For both Jon and Vangelis, musical beauty is their currency, so it ain’t surprising that the album abounds with such exquisite moments. Many songs have a mellifluous hymn-like quality, with Anyone Can Light a Candle and Journey to Ixtlan coming to mind. Only occasionally do the duo make a departure and try something different. The third track Money is a failed attempt at a hard-edged rock song; it has to be said that a pillow has harder edges than anything on this album! A success comes in the form of the brief instrumental Jazzy Box. Even in knowledge of its title, I was surprised at just how jazzy this little ditty was, with Vangelis fluttering over his many synthesizers as a syncopated rhythm underpins the proceedings.

As I’ve already mentioned, Esoteric’s refurbishing has done much to improve this album, with a fantastic new sleeve that retains all the original artwork – crummy as it was – as well as appending a bonus B-side Sing with Your Eyes for a more complete listening experience. However, I’m rather surprised at the lack of sleeve notes, an area where Esoteric usually excel. Instead, we are just given a brief informative paragraph by Esoteric head man Mark Powell. Perhaps Malcolm has gone on holiday? Another minor grievance is that the booklet is missing the lyrics to the title track Page of Life, the only omission amongst album’s tracks.

I say that this album is a gem and I do mean it, but perhaps I’m not the right person to appreciate it. I recognise that there are some good parts of this album, but overall it ain’t my cup of lark’s vomit. Beautiful as many of the album’s passages are, the entire experience is too saccharine, too sanitised. Me, I like my prog a bit grittier, a bit more rough around the edges, but that’s not to say I can’t appreciate good music when I hear it. I’d recommend this album to those who like the gentler side of things and anyone who can stand Jon’s solo work… I know I can’t! 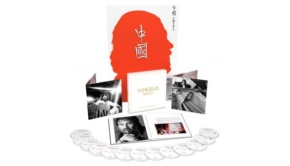 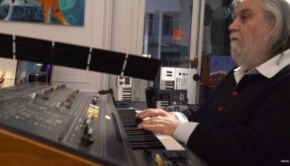