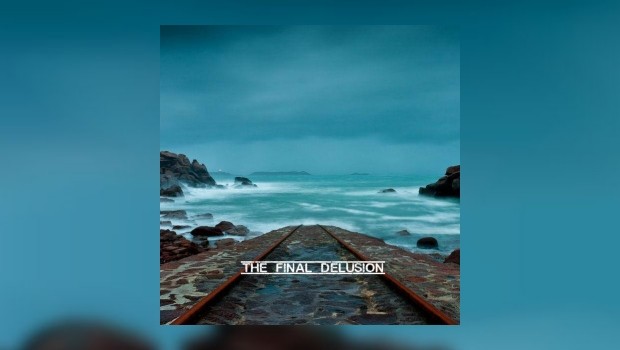 Do you read the sleeve notes before listening to an album? I never do before my first listen, which is just as well as far as this offering, the third from French trio Delusion Squared, is concerned because if I had done my expectations would have certainly been negatively prejudiced by such light hearted snippets as:

“Assumption : Subjects are somehow aware of their subjection to a prescience cognition experiment;”
“Assumption : Subjects’ cognitive state induces non plausible, perverted prescience based on elements of the subject’s past”
and
“NOTE: Preliminary psychological assessment on subject 07 (female) tends towards irreversible dementia (due to multifocal neurodegeneration). Subject to be kept in perpetual sedation to induce soothing delusions.”
Now try tapping your toes to that subject matter!

This is the third and final chapter of a trilogy which began with the band’s first album back in 2010. To cut a long sci-fi story short, we are in a post-apocalyptical world where our heroine (who speaks to us through the lyrics) has defied the artificial intelligence agents who run the Inner World by giving birth to a natural child. This results in the child being killed and her being banished to the Outside World where she is adopted by the outsiders and eventually becomes their spiritual guide. Toes tapping yet? In the music press there seems to be as much attention paid to this aspect of their work as to the actual music, but how much attention you pay is very much a matter of individual taste. Personally, as a confirmed hater of science fiction I would have been expecting to be at best completely disinterested in the lyrical content and would have prepared myself for either some overblown musical pomposity designed to accompany a television documentary about black holes or a dirgefest produced by a particularly unhappy singer-songwriter. How wrong I would have been.

To pigeonhole this as prog metal would be over-simplistic because this band manage to achieve levels of light and shade so lacking in much of that genre, especially in the vocal department, but as a pointer to anyone unfamiliar with Delusion Squared it wouldn’t be a million miles off the mark. The opening instrumental track The Same River Thrice sets the tone for the remainder of the album with thunderous bass and guitar riffing and pounding twin kick drum work over dense layers of keyboards, are the foundations on which the lead guitar work and vocals are built.

The second track begins with a loud intake of breath from our heroine and introduces the voice which plays such a major part in this album, and distinctive is definitely the key word here. The nearest comparison I can come up with is Kate Bush with slight hints of Bjork (quiet hints, not the psychotic screeching!). The lyrics are sung in English but with the odd unusual inflection or pronunciation appearing here and there, which I find adds to my enjoyment of Lorraine Young’s voice. The tracks are also interspersed with snippets of spoken word, supposedly from the ‘agents’ treating our heroine, delivered for some reason in an American accent. Despite my stated aversion to this type of subject matter I found myself fascinated by the lyrics and becoming interested in investigating the complete story. Quite how they managed this I’m not entirely sure, but believe me it is some achievement! It’s interesting to note that the lyrics are not written by a member of the band, which given their effectiveness here, is perhaps a hint to some other bands I could (but won’t) name but that this is an area better left to a specialist.

A recurring pattern of vocals delivered over a restrained backing of acoustic guitar or piano before the heavy riffing rises and falls runs through the remaining tracks. Both the vocal and instrumental elements are always controlled, there are no histrionics or extended soloing here. The vocal production in particular is kept simple with almost all of the lyrics delivered by a single unadulterated voice, which I think perfectly fits the mood and feel of the music.

There are 13 tracks listed but this is very much a complete package, with no one track standing out as markedly different in style or instrumentation. As I indicated earlier, this is far more than standard prog metal. There is far too much subtlety and diversity here, with space-rock passages and even trancey undertones, but it is certainly on the heavier side of prog. Irrespective of whatever genre anyone wants to include this album in, the only thing that really matters is that it is an excellent piece of work which definitely deserves your attention. As far as I can gather the band has never played live and have no plans to do so, which is a great pity, because it would be very interesting to see how closely they could replicate their recorded sound on stage and the opportunity for some really adventurous visuals would be huge. This is the end of a trilogy but hopefully not of the band’s output. Be good to yourself and give this band a listen. If you enjoy it as much as I did then you have the added bonus of their first two albums to discover!