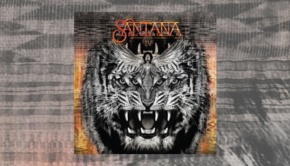 Santana is a name known globally; Carlos and his band were at Woodstock in 1969, that performance and the many... Read More →