Back in 2014 an album arrived for review from Finnish composer, arranger and keyboard player Juha Kujanpää, and, as with... Read More →

Once again the festive season has allowed the gathering of old friends to socialise, catch up on the year’s events... Read More → 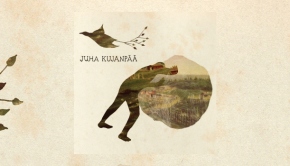 Kivenpyörittäjä (Tales And Travels) was released this time last year and you could well be forgiven for not coming across... Read More →