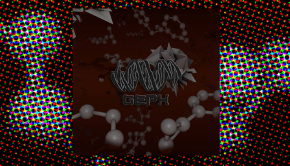 Everything is all Sticky lately. Tapping strings as a technique isn’t new, it is no longer just associated with the... Read More →