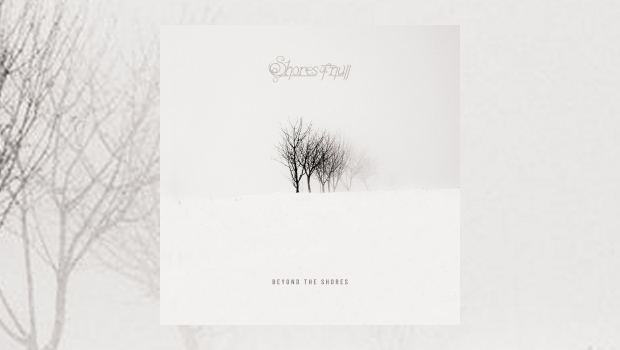 Shores Of Null – Beyond The Shores (On Death and Dying)

Facebook Memories alerted me that I had already published my list of favourite releases from 2019 before Christmas last year. I’m glad I procrastinated this year, as I’m definitely still discovering gems worthy of such a list. One such is the magnificent single track album Beyond the Shores (On Death and Dying) from Italians, Shore of Null. As the subtitle suggests, the album takes its inspiration from the book by Elisabeth Kübler-Ross modelling the five stages people go through when death is imminent. It’s a wonderfully doomy and gloomy journey, with only one surprising and impactful passage that takes the album out of its otherwise uniformly and beautifully slow plod. Aiding the band in their epic endeavour is a fairly impressive guest list. The album resonated with me immediately, and continues to engage with every listen. An end of year list contender for sure!

I’ll admit that as familiar with the Kübler-Ross model as I am, I’ve never read the book, On Death and Dying, so am not sure how valid the criticisms levelled against it are. Kübler-Ross has herself stated that she never meant the five “stages” to be a linear or predictable progression, and that she regrets that she wrote her book in such a fashion that her model was so misunderstood. Most criticisms of the model do fall away if you recognise that people can experience some or all of the “stages” in any order, and often concurrently. Shores of Null address this perfectly, presenting the five stages in a non-linear fashion, allowing them to intertwine and overlap. They also take the model all the way back to the original approach and intent, looking at how someone copes with illness and dying (as opposed to how people grieve after death, which was a meaning applied later, yet somewhat erroneously has come to be what the model is known for).

The album pulls the listener in immediately with the sounds of a howling gale, and the keening strings of a violin, before the opening chords burst in heavily, and shatter the fragility. It’s an absolutely awesome opening, and by the time the vocals come in, I’m already thoroughly invested. What I love about this album is how spontaneous it all sounds, almost like a direct response to the discomfort and disconnect so many of us have felt living through this strange year. I’m sure this is my inference, rather than any implication from Shores of Null, yet I can’t help but think this way. It certainly wouldn’t be the first time this year I have seen the Kübler-Ross model represent reaction to COVID-19. And yet, the band’s interpretation seems fairly literal, so I don’t think it is an analogy for that, so much as just what it seems to be – an individual grappling with thoughts on their own mortality.

When I say spontaneous, then, what do I mean? Well, Beyond the Shores sounds like it was always envisioned to be one single track, rather than bits and pieces put together, as so many epic tracks are. In my review for Asian Death Crustacean’s Baikal, a single continuous 45-minute composition divided into six movements, I made the observation that, given its length, there must have been a predetermined structure, but despite the tight arrangement there is still spontaneity, suggesting a degree of improvisation, with arbitrary track divisions – you could just as easily segment the six-movement piece in two, eight or twelve parts. This sums up exactly how I feel about Beyond the Shores, too.

There is a sense of aural journey to Shores of Null, though, that Baikal does not have. Beyond the Shores is more akin to Green Carnation’s celebrated Light of Day, Day of Darkness, and in fact, as much as I love that epic album/song, I think Beyond the Shores has achieved something even greater, as the 60-minute Green Carnation epic sometimes falters. I wouldn’t go so far as to say it has filler, but it definitely fails to maintain interest the way Shores of Null do. And I honestly don’t think this is solely due to the shorter length of the Shores of Null piece. I’m quite confident that even had they not stuck to LP length, they would have maintained my interest for the whole song. Of course, it helps that the band has augmented their sound with several guests. I’ve already mentioned the violin (played by Valentina Gabbianelli), and Paolo Campitelli and Fabio Gabbianelli provide equally effective moments on piano and double bass respectively.

But the guests most likely to draw many to this release are the vocalists: Mikko Kotamäki (Swallow The Sun), Thomas A.G. Jensen (Saturnus), and Elisabetta Marchetti (Inno). The band’s own Davide Straccione is no slouch either, and could actually quite easily have carried this album alone (I love the tone of his clean vocals), but boy do the guest vocalists make an impression. I assume that Kotamäki and Jensen provided their vocals from afar, but I’ll be damned if it doesn’t feel as if they were right there in the studio with the band. They sound like they were physically part of the creative process, rather than just providing their parts from a distance. Marchetti sounds amazing, as I would have expected. She has a wonderful and formidable voice, and provokes some striking harmonies with Staccione. Another guest, whose name is not so familiar with me, is Martina L. McLean, who provides a terrific screaming vocal line.

The song ends, as it began, with sounds of nature, but this time it’s wet rather than windy. It’s as effective a coda as it was an introduction, and more often than not I can’t help but play the whole thing all over again. In between, there is so much going on that I’m not convinced anyone will appreciate it all on the first listen. Heck, there are even a few earworms. I’ve more than once found myself singing “life is at war with us” around the house. The greatest danger of a single track album is that such a lengthy and expansive piece of music can be difficult to maintain momentum and interest throughout. Shores of Null have definitely avoided this, and the album is not only interesting throughout, but thoroughly engrossing. This is music to lose yourself in, so that forty minutes seems to pass in the blink of an eye. I’m not sure if the band plans to play this album live, but if so, and if they have the chance to do so, it will be a phenomenal spectacle. Now, if you’ll excuse me, I’m off to play it again….

TRACK LISTING
01. Beyond The Shores (On Death And Dying)