For those who have been living under a rock for the past few decades, Asia is a multi-platinum selling global... Read More → 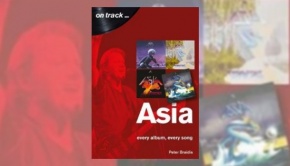