It’s a wet, cold Tuesday night, but we find ourselves at this rejuvenated venue hosting its first rock gig, and it’s a full house. Local music enthusiast extraordinaire Les Routledge has pulled this event together in an effort to promote Franck and his band to the masses and tonight he is head of security, promotion, catering, and the welcome committee, as he says himself, he is “a 16-year-old trapped in a seventy-year-old man’s body.”

There is a level of excitement in this local crowd as they await a show that is a blend of prog, pop, blues and theatre. So, who is Frank Carducci and what inspires him to drag this crazy musical tea party across Europe? 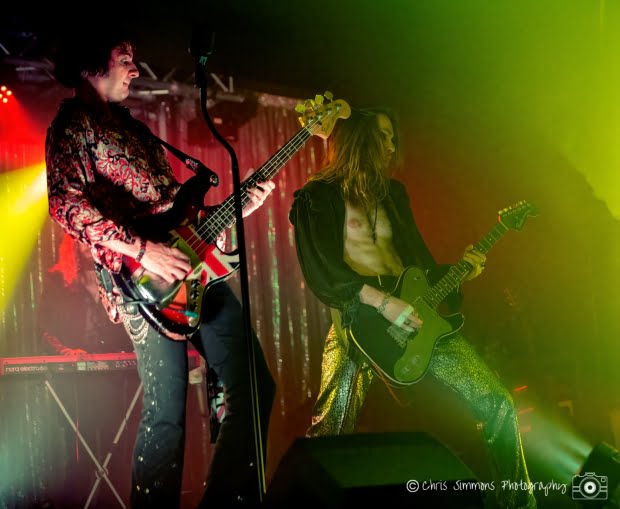 I chat with him before the gig and he explains that he grew up in France where he was exposed to his parents’ record collection and was immersed in the sounds of Pink Floyd and Genesis, remembering the first LP he purchased himself as The Eagles’ Hotel California.

Franck has a broad musical palette and wants to reach all audiences with his music. It wasn’t until he moved to Amsterdam and supported one of his musical heroes, Steve Hackett, that he thought to record his own songs, mainly at Steve’s urging.

Tonight’s show will feature material from the last ten years, plus compositions from his latest album The Answer.

Indeed, the first number (Love is) The Answer swirls into life as the band take the stage with Franck beaming at the audience. This is followed by Closer To Irreversible, which actually featured Steve Hackett on the album version and gives full reign to those prog influences with guitar and organ racing back forth to then give way to subtle acoustic passages.

We are then introduced to a new song that has not yet been recorded, Betrayal of Blue giving the viewpoint of Planet Earth and introducing the Theremin, interestingly played by Mary Reynaud gyrating her body. 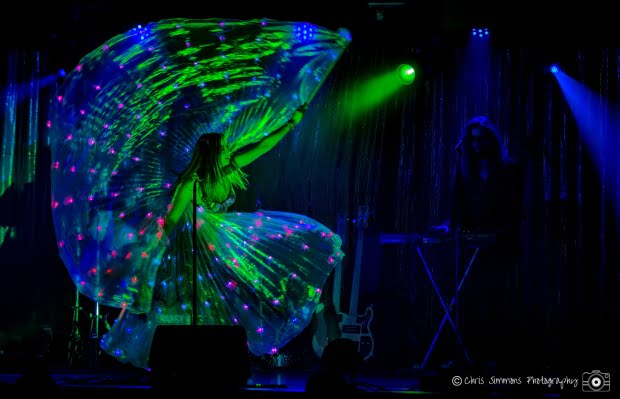 As well as singing and playing guitar, Mary performs visual pieces, such as in The Angel, donning an illuminated costume that transforms into wings as she cavorts across the stage in time to the pulsating organ of Cedric Selzer and frenetic guitar solos of Barth Sky, all to the steady back beat of Lea Fernandez bashing her kit whilst maintaining a beatific smile. Its stunning, a dazzling body light show.

As a tribute to Sting, who they supported in front of 16,000 people at the Printemps de Pérouges festival earlier in the year, we are treated to a solo version of Roxanne by Franck on acoustic guitar, which highlights his high-pitched rock vocals.

This band are having fun and it’s both a visual and audio experience. The mood generated by them onstage is infectious and we are drawn into Franck’s world with Alice in Wonderland portrayed as a mischievous lady of the night by Mary, who pouts and twirls her way through the performance, whilst Franck runs off stage through the audience as the Mad Hatter, like a psychedelic Lewis Carroll. 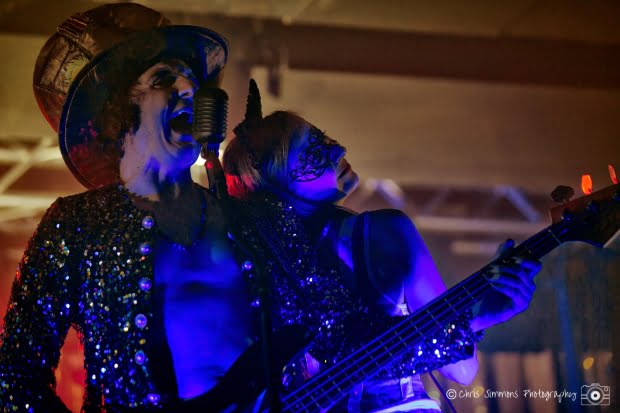 With every song you hear snatches of Franck’s extensive musical influences; Supertramp, Pink Floyd, Sting and God help me, was that Hawaii Five-O?

The encore is the fitting Slave to Rock’n’Roll and Franck invites support act Russ Tippins to join them on stage for a rousing version of Led Zeppelin’s Rock and Roll.

It’s a Tuesday night in a social club but this band make you check your reality; surely, I am really at a packed Newcastle City Hall?

Welcome to the rapture. 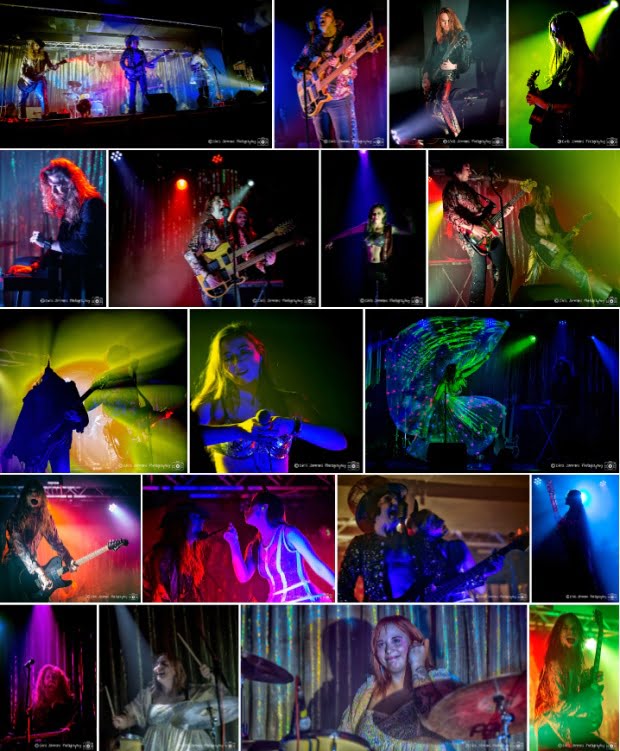