Riverside have announced that they will be splitting their ID.Entity European Tour 2023 into three editions, Spring, Summer & Autumn. They will kick off the Spring dates at the Dutch Prognosis Festival, then on to Ireland, UK (including the UK Prognosis Festival), before going on to Sweden, Norway and Finland. 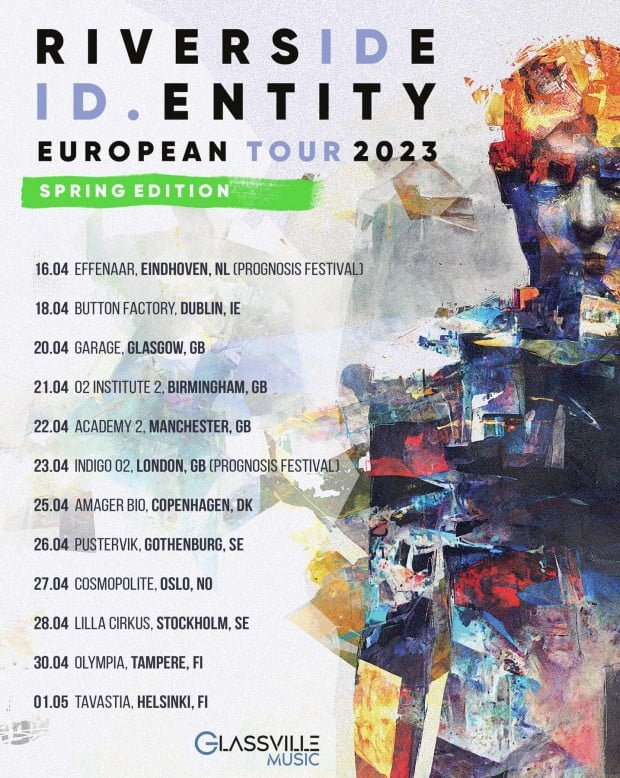 Dates for Fairport Convention’s annual Cropredy Convention are 10-12 August 2023 and as always will be held in Cropredy, Banbury.

Three day ‘weekend’ tickets for Cropredy 2023 are on sale NOW and available HERE.

Haken have announced their upcoming seventh studio album Fauna will be released on the 3rd March 2023 via InsideOut Music. Today sees the release of the video for The Alphabet of Me, the new single from the album…

“‘Fauna’ sees the band exploring new ideas conceptually as Ross continues. “The premise of the album when we started writing it was that every song would have an animal assigned to it. They all have something related to the animal kingdom that we could write about, but they also connect to the human world. Each track has layers, and some of them are more obvious than others.”

“It reminds me of The Mountain,” adds guitarist and fellow founder Richard Henshall. “There, we had the idea of not really a narrative-based album, but more the concept of climbing a mountain and overcoming the obstacles along the way. Then we took that and thought about how it could relate to our everyday lives. All of Fauna’s animals relate to us, personally.”

Haken will be undertaking an extensive tour of Europe running through February, March and April. Full dates can be found HERE on the Haken Tour Page.

Keep up to date with the UK dates with the TPA Gig Guide! 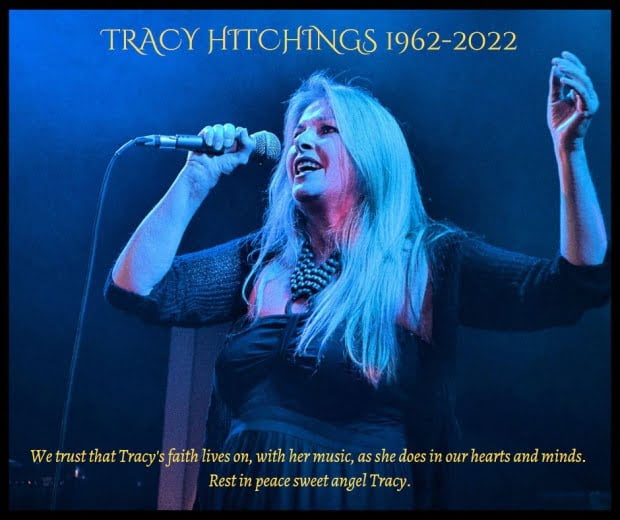 In a post on their Facebook page Lanadmarq have shared the sad news that former vocalist Tracy Hitchings had lost her battle against cancer.

“It is with a very heavy heart and great sadness that we have to report that, following a long-term illness, our great friend Tracy Hitchings has passed away. She had only recently celebrated her 60th birthday. As you can imagine, we are all in a state of shock as we send our sincere condolences to husband Peter, sisters Dee and Julie, and all of Tracy’s family and friends.

Tracy was an extraordinary talent and a beautiful human being. An extremely valued member of LANDMARQ for more than 20 years, she contributed uniquely and significantly to the band, as vocalist and lyricist. She leaves behind a fantastic legacy of songs that will obviously live on.” 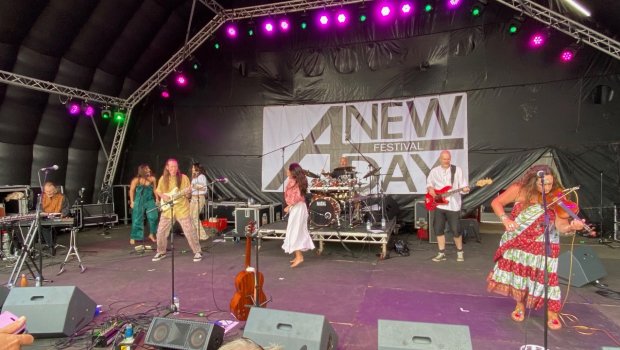 To say thank you to everyone who has supported the band this year Solstice are offering their Live In Veruno album and film as “a free gift or ‘pay what you’re able'” – in downloadable formats.

Andy Glass comments: “This was such a special show for us and we’re so grateful to everyone at 2Days Prog + 1 Festival for having us and to Nellie and Octavia for making it happen.”

Solstice will release their latest studio album, Light Up, on 13th January 2023 via Giant Electric Pea (GEP). You can read TPA’s review of Light Up – HERE.

Kansas will celebrate their 50th anniversary in 2023 and to mark this today sees the release of Another Fork In The Road – 50 Years Of Kansas in Europe, (16th December 2022 in North America). A career-spanning collection, it features carefully-selected tracks from across the bands sizable discography, as well as a new version of Can I Tell You…

“The song ‘Can I Tell You’ may not have been our biggest ‘hit,’ but it is one of the most important songs in the career of the band KANSAS.” says original member and guitarist Richard Williams. “‘Can I Tell You’ was the first song on the demo reel we sent to Don Kirshner. Hearing that demo is what led to KANSAS getting a record deal. It felt appropriate, after fifty years, to come full circle and record it with the current lineup.”

Can I Tell You was originally recorded and released on their 1974 debut, the song is updated by the current line-up. It provides a full-circle perspective on the band’s long and continuing history that has seen them release 16 studio albums and sell in excess of 30 million albums worldwide.

Former Sound of Contact members Simon Collins and Kelly Nordstrom have announced their return with the new band EMolecule and the debut album ‘The Architect’, which will be released via InsideOut Music on 10th February 2023. Today, sees the release album’s second single Beyond Belief…

Kelly Nordstrom comments: “Simon and I have been working together for almost 20 years. “The personal connection between Simon and I is exemplified by the quality of songwriting on this album. The music on our first offering as a duo is the best I have ever been a part of. As a guitarist, the inspiration behind this album is unparalleled. As a songwriter, this is the best opportunity I have ever had to explore the meaning of life.”

On 16 December 2022, Big Big Train will digitally release the Snowfalls single, via English Electric Recordings. The track was recorded in September this year at Zoetermeer’s Boerderij venue…

Greg Spawton speaks of the track: “In 2017 I wrote Snowfalls as a more melancholy Christmas song… It is about the loneliness that some people feel at a time of year when others are able to celebrate with family and friends. I was inspired by a seeing an elderly lady who lives locally to me walking down the road with her similarly old dog. Her kids had clearly left home, it was snowing and she was finding the walk hard. But she was somehow indefatigable and defiant.”

Alberto Bravin comments: “This is one of my favourite Big Big Train songs – the lyrics and the music blend together wonderfully, and the climax at the end is so powerful.”

“This album is a story. Story from my heart. Each song have different emotion. Listen to it as you watch a film. Listen it, Feel it, Love it.”

Aches and Echoes will be available, through Bandcamp, on 6 January 2023

InsideOut Music will release Transatlantic’s The Final Flight: Live At L’Olympia, on 17th February 2023. Recorded and filmed in France on the last date of the tour to promote the band’s fifth album The Absolute Universe. Today sees the first footage to be released – Owl Howl…

“Released in February 2021 to unanimous praise, ‘The Absolute Universe’ came in two alternate formats; an abridged 64-minute record known as ‘The Breath Of Life’, and a companion piece entitled ‘Forevermore’ that added a further four songs, clocking in at an hour and a half. Though the foundations of both were shared, each format featured lyrics and music independent of the other.

However, when Transatlantic finally hit the road they opted to perform a third format of the album, a full-bells-and-whistles, 96-minute Blu-ray culmination of both takes known as ‘The Ultimate Edition’ that had been released in 5.1 surround sound. Following that segment of the show Transatlantic took a short intermission and returned to the stage for a rollercoaster trawl through the remainder of their lavish catalogue. From the first note of ‘Overture (The Absolute Universe)’ through to the medley based around the first two Transatlantic albums that closes the evening, the performance comprised 3 hours of music in total.”

Plini has announced a North American headlining tour, with Polish maestro Jakub Żytecki and Brooklyn fusion duo Sungazer. To promote the tour he has shared a new live video of him performing Pan at Sydney’s Factory Theatre (Sydney) & 170 Russell (Melbourne)…

The US dates follow on from the previously announced European and UK dates which run through March & April 2023.

Keep up to date with the UK dates with the TPA Gig Guide!

Today sees the release of That Joe Payne’s Christmas album, Ding Dong, and to mark the occasion he shared a lyric video for Christmas Cheer, the second track on the album…

Inspired by a Christmas Livestream of seasonal song-requests during the 2020 winter lockdown, Joe made the decision to write a festive album, including last year’s single, O Holy Night. Work on Ding Dong began in November 2021, completed in November 2022. The writing, recording, and arrangement of this music took place in Joe’s home studio in Northampton, UK.

Click image to go to the TPA UK Gig Guide