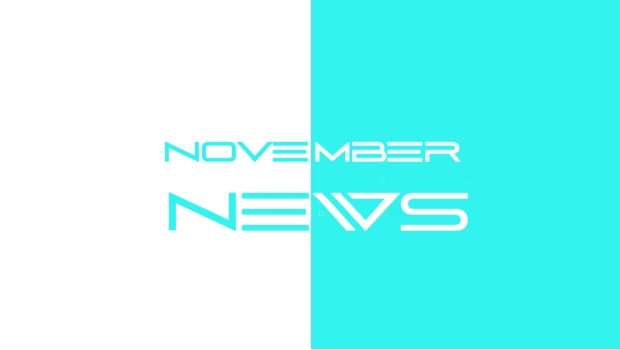 Camel have announced ’50 Years Strong Tour’ a short run of UK dates in June 2023. More details to be confirmed. 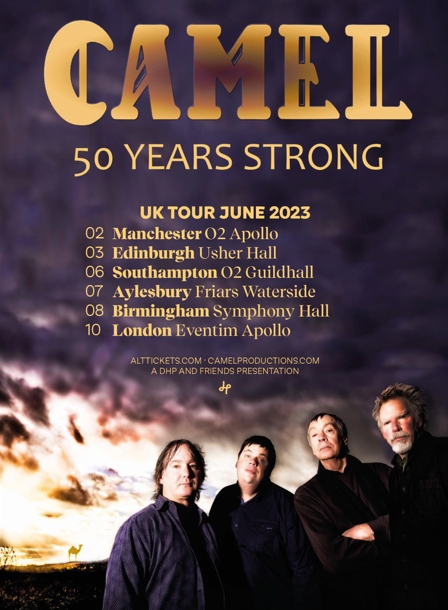 The line-up will include Andy Latimer, Colin Bass, Denis Clement and Peter Jones.

Kayak’s Ton Scherpenzeel reveals the final European tour will be in April and May next year. The tour will see the band performing in Germany, Belgium, Denmark, Sweden, Norway and the UK.

Ton Scherpenzeel comments: “For every journey, no matter how beautiful, it comes to an end. The rest of the band wanted to continue, so that made the decision extra difficult. And I still like the playing itself a lot. But there will be a lot (and more and more) watching for bands like us to bring such a tour to a good end and I feel myself that the rack is a bit out. And how unfortunate, I’d rather stop too early than continue too long.” 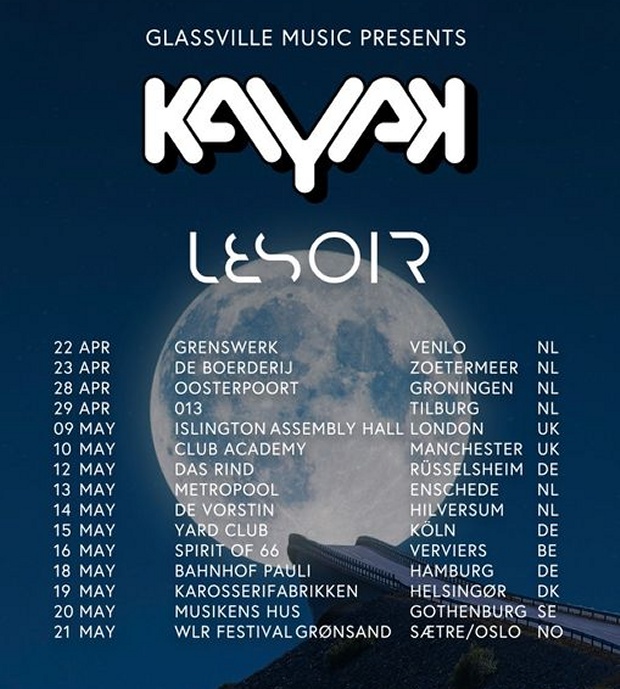 Taken from the recent The Hungry Heart album from German multi-instrumentalist Philipp Nespital (smalltape) is the lyric video forColors. Philipp comments: “This track might be the most controversial song on my recent album “The Hungry Heart“. Not surprisingly it was also one of the most difficult songs I’ve written to date.”

“While racism, bigotry and homophobia is unfortunately not unique to Germany, I chose to write the song through my perspective of living and growing up in this country. As someone who deeply believes in the principles of democracy, most importantly freedom and equality, I feel the urge to speak up against racism as an ally to those that are being discriminated against.

We give racism room to grow if we merely standby and watch or are willfully ignorant and look away. We can do a lot even by bravely speaking up and voicing that we disagree with discrimination and the violation of equality and civil rights for all.

My intent and hope is that this core message of allyship and love spreads to all that listen.”

With COVID still rearing its ugly head Leprous have had to cancel the Dutch Nijmegen date and with Leprous only UK date (in London) close to selling out – the band have added a new show in Leeds, as part of their 20th Anniversary Tour schedule. 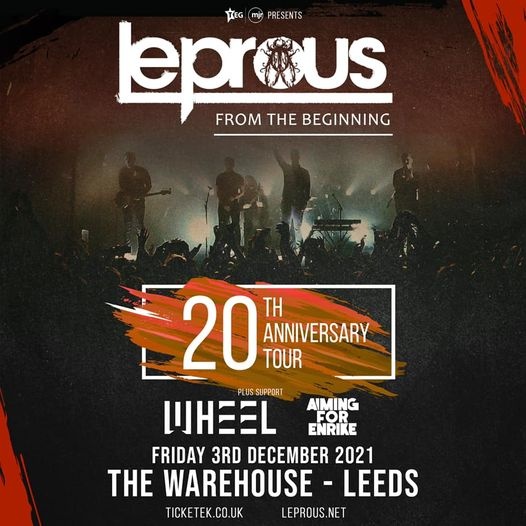 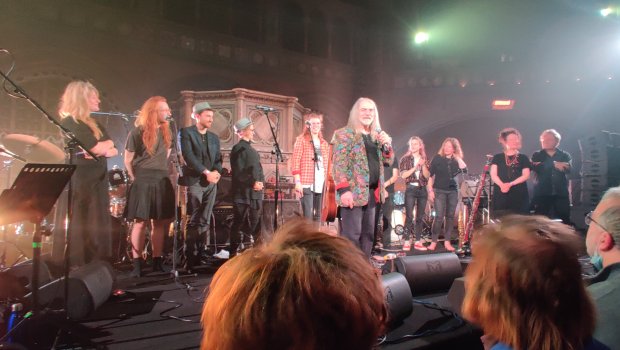 “You’re never going to get precision from Faust, they were always as much a Dada collective as anything else, but this is a band that recognise, above all, that this is a live event. Unpredictable, never to be repeated. So why not invite a few friends along and have some fun.”

You can read Lee Mellows’ full report HERE on TPA 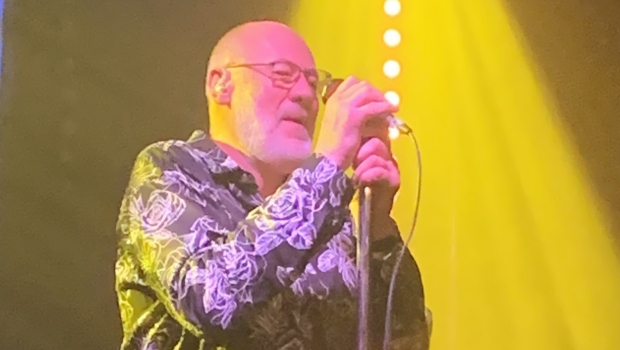 “Most importantly, this was just great music and words being performed with great skill and poise by a class band, presented in an entertaining and thought-provoking manner. What more could you want from a gig?”

It is with great sadness we announce the passing of David Longdon, following an accident in the early hours of Friday morning…

The following notice was posted on Big Big Train website: 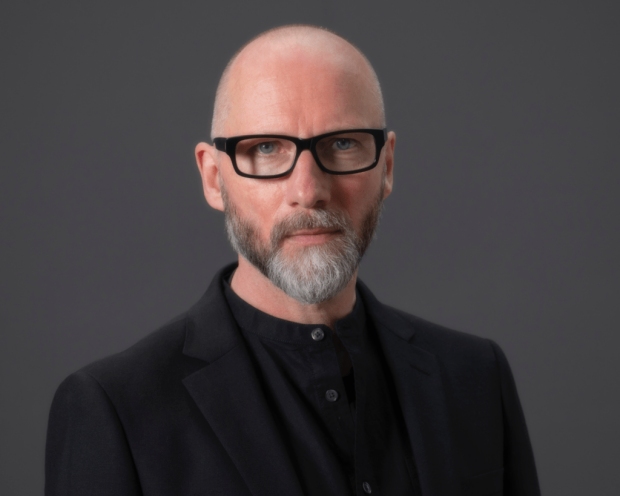 Big Big Train are extremely saddened to announce the death of David Longdon this afternoon in hospital in Nottingham, UK at the age of 56 following an accident in the early hours of Friday morning. He is survived by his two daughters Amelia and Eloise, his mother Vera and his partner Sarah Ewing.

Sarah Ewing comments: “David and I were best friends, partners and soul mates and I am utterly devastated by his loss. He was a beautiful person and I feel so lucky to have known and loved him.”

Greg Spawton comments: “We are absolutely stunned to lose David. It is unspeakably cruel that a quirk of fate in the early hours of yesterday morning has deprived him and his loved ones of a happy future together and all of the opportunities, both personal and musical, that awaited him next year and beyond.”

David joined Big Big Train in 2009, immediately making a significant impact with that year’s The Underfall Yard album. He proceeded to record a further eight studio albums with the band, including the forthcoming Welcome To The Planet, as well as fronting the band for a series of highly acclaimed concerts from 2015 onwards. In addition last year he released an album with the late Judy Dyble under the name Dyble Longdon. On the day before his accident he had been in the studio working on a new solo album.

“David made a huge impact on my life both musically and personally,” Spawton continues. “I loved him like a brother and already feel his loss very deeply. He was a true creative visionary with extraordinary depth of talent. But above all he was a first rate and very kind man. His family, friends, BBT bandmates and crew will miss him terribly.”

The band’s Welcome To The Planet album remains scheduled for release on 28th January 2022. A further statement regarding the band’s 2022 concerts and other activities will follow in due course.

The band and their management request privacy for David’s family and friends at this extremely difficult time.

Brand X have revealed that founding member John Goodsall has passed away. His passing was reported on the band’s Facebook page, however no details were provided. 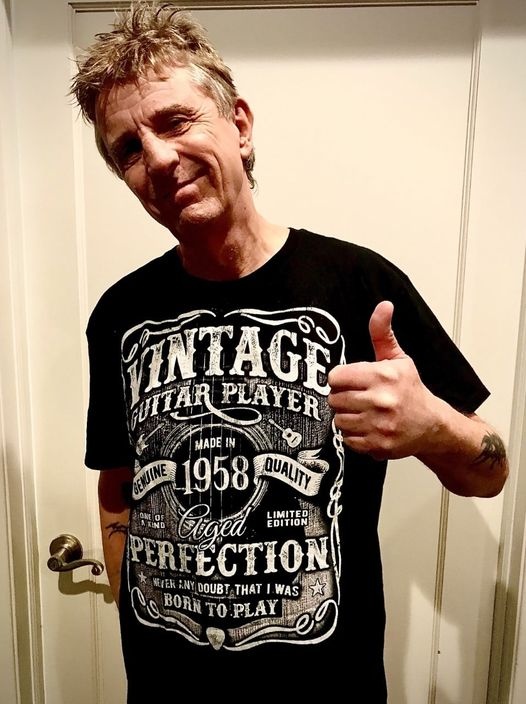 John Goodsall was born in Middlesex, 15 February 1953 and from a very early age took the guitar. At 15, he became a professional musician and joined Carol Grimes’ Babylon, with members of Joe Cocker’s Grease Band, Juicy Lucy and Jon Hiseman’s Colosseum. He then toured extensively, first with The Alan Bown Set, then with Atomic Rooster. For his stint with Atomic Rooster, he adopted the pseudonym “Johnny Mandala.” 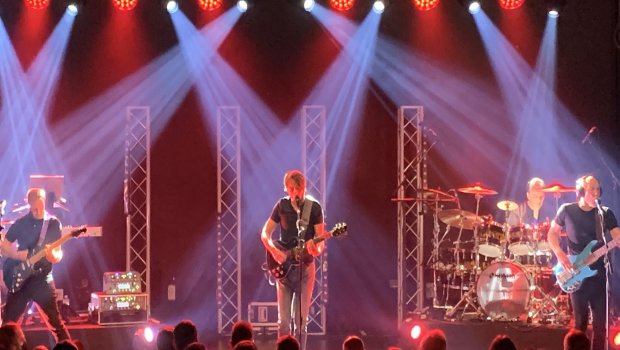 The Pineapple Thief finally brought their long-delayed European tour to a triumphant end on ‘home ground’ in Bristol on Fireworks Night, which suitably ignited the excited fans in the packed venue

“At the end of the day, whatever way you consider or categorise The Pineapple Thief, it is increasingly clear that as a live outfit they have become a highly skilled, polished, confident and entertaining band. In concert their distinctive brand of post-progressive music is enhanced magnificently with added power and resonance…” 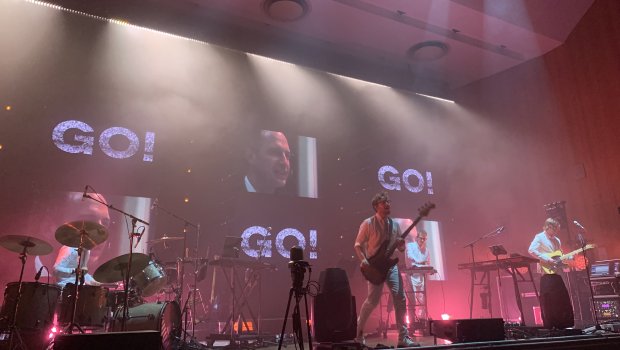 Public Service Broadcasting are on the road again for an extensive tour, their first since 2018, showcasing new album Bright Magic, and the question is after the enforced and lengthy lay off…

“…this concert felt like they had taken another step up in class as a live act with great musicianship, exuding a greater live presence and ever improving fascinating visuals in a wonderfully well performed gig.”

Jethro Tull announce their first studio album of new material in over eighteen years, The Zealot Gene, will be released on 28th January 2022 via Inside Out Music. The first single from the album, Shoshana Sleeping, is released today on all digital/streaming platforms and it’s accompanied by a animated video created by Thomas Hicks…

“A record that began to take shape as early as 2017, ‘The Zealot Gene’, in many ways, seeks to defy convention during a time when the business of being a touring and recording artist has never faced more uncertainties. Tull bandleader Ian Anderson holds no reservations about the role for which the mythos and themes of Biblical storytelling played in the lyrical content of the new album, saying:

“While I have a spot of genuine fondness for the pomp and fairytale story-telling of the Holy Book, I still feel the need to question and draw sometimes unholy parallels from the text. The good, the bad, and the downright ugly rear their heads throughout, but are punctuated with elements of love, respect, and tenderness.”

Looking back on the earth-shaking disruption of the Coronavirus pandemic, which ultimately ended Tull’s touring plans and hopes of a 2020 release for ‘The Zealot Gene’, Anderson shares, “It was so sudden. Amidst the concerns and warnings of the scientific community and a few more enlightened politicians, we all retreated in disbelief to our homes to wait out the storm.” 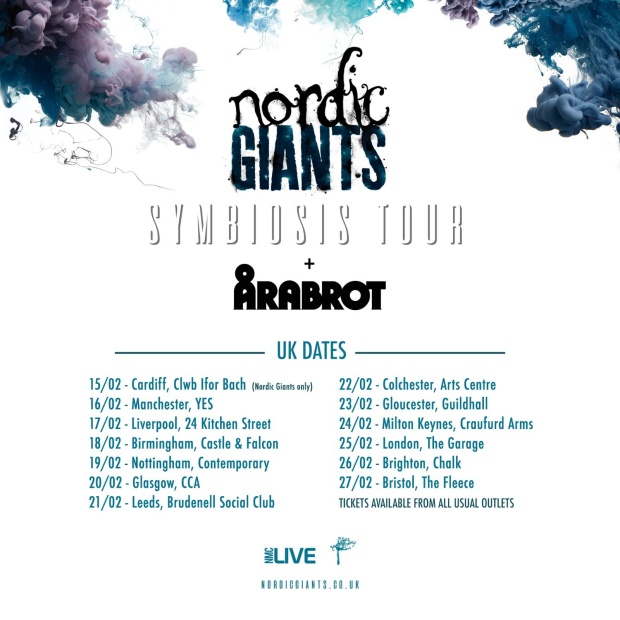 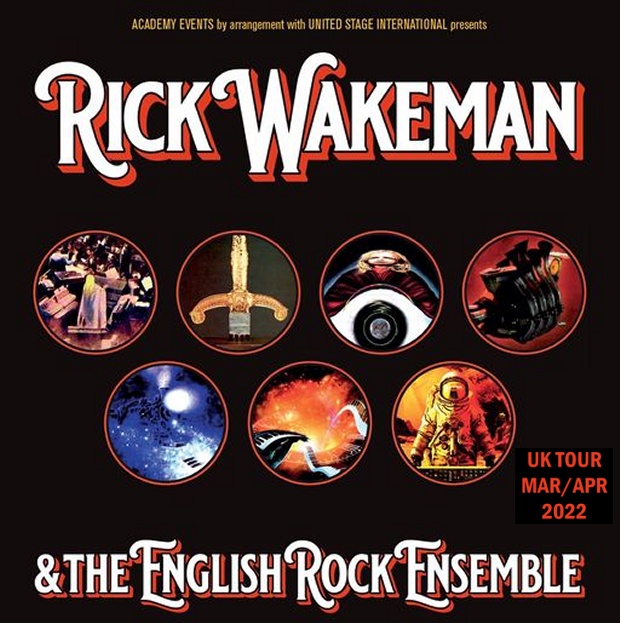 The English Rock Ensemble was originally founded in 1975 as a solo project by Rick after leaving YES and has continued to play together intermittently over the years with a fluid line-up. Rick explains, “On the rare occasions I am able to get the English Rock Ensemble together, it’s always very exciting for me, as the setlist determines the line-up. This particular show will include some songs that various female singers have sung with me over the years and because we will be playing some tracks from The Red Planet, there will also be additional musicians in order to do the music justice.”

Consequently, in addition to Rick (of course!) on keyboards, the line-up will consist of: 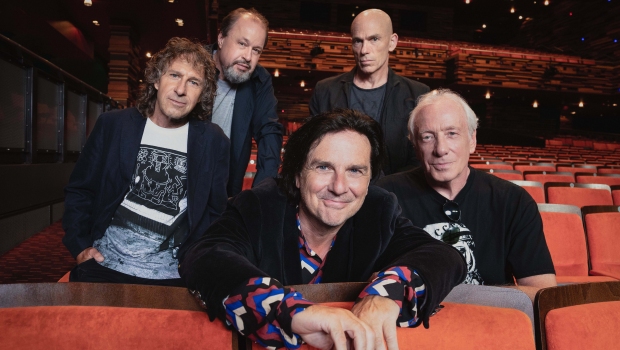 After a twelve year absence Porcupine Tree with the first music from their forthcoming album CLOSURE / CONTINUATION. Today they share the first single Harridan

“Over a decade in the making, CLOSURE / CONTINUATION is due for release on Music For Nations/Sony on 24th June 2022. It will be available as a seven track album on standard CD/double vinyl/coloured vinyl or limited cassette. The deluxe LP version comes on audiophile approved crystal clear vinyl as a 3xLP 45rpm boxset with two bonus tracks; the deluxe CD & Blu-Ray boxset comes with three bonus tracks, instrumental versions, and high resolution 96/24 stereo, 5.1 and Dolby Atmos versions of the album, all housed in an exclusive art book.”

Porcupine Tree have also announced a series of European & UK live shows in the Autumn of 2022.

Porcupine Tree will also be touring in the US & Canada in 2022 – dates to be announced early next year. 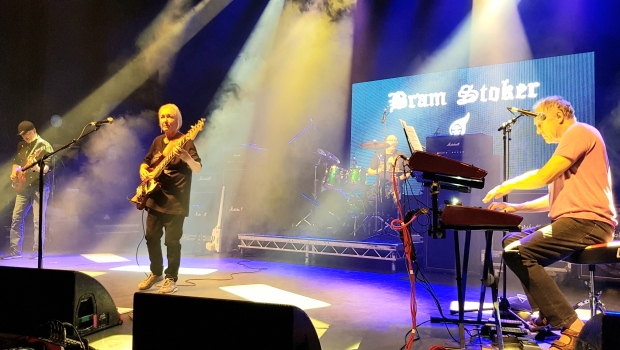 During the recent HRH Prog X festival at London’s Shepherds Bush Empire, TPA’s Rosamund Tomlins was able to catch up with Bram Stoker shortly after their set, speaking to the entire band (Tony Bronsdon [keys/vocals], Jo Marks [bass/vocals], Warren Marks [drums] and Neil Richardson [guitars/backing vocals]) about their history, line-ups, old and new songs, and intriguing tales of incidents from the past…

You can read the full article HERE on TPA 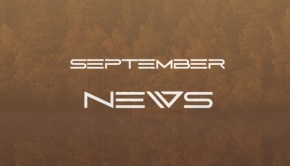 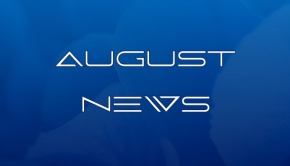 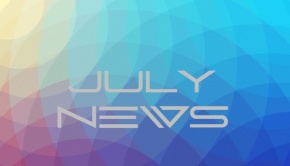 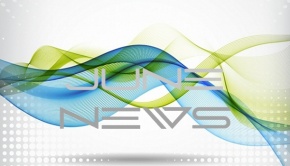