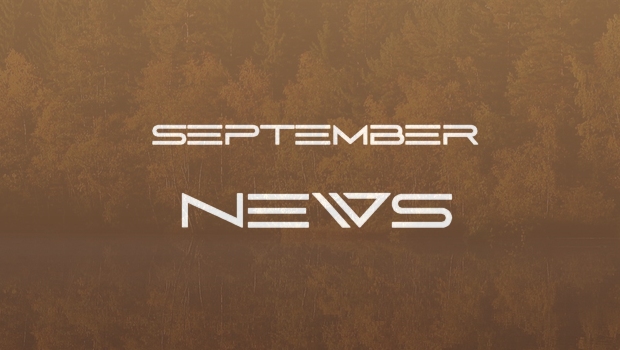 A last minute change to to Sunday’s schedule at this weekend’s Summer’s End Festival as Cyan have had to withdraw. Their replacement will be Rain.

In these times of Covid it was always possible that it might impact on the festival in some way just before the event, and sadly it has. Cyan have had to pull out as composer and keyboard player Rob Reed currently has Covid.

Rob comments: ‘Huge apologies from the band. We’re gutted that we can’t do the show, having been preparing and rehearsing our set for a while. We were really looking forward to the gig.’

Thankfully, the festival has a terrific replacement in Rain – the new bad featuring John Jowitt, Any Edwards, Rob Groucutt and Mirron. The band will move directly into Cyan’s slot – playing at 4 pm on Sunday 3rd October.

Co-promoter Stephen Lambe says: ‘We wish Rob a speedy recovery and share his disappointment. However, we’re thrilled that Rain could step in at very short notice. They are a very worthy replacement.’

Visit the TPA UK Festivals Page for details and times…

The release will also include two audio CDs featuring highlights from both concerts and will be available from Racket Records in early November 2021.

Steve has additionally confirmed that his next album, Revontulet, is on schedule for release in late March/early April 2022, to be trailed by the track X-15, featuring a guest appearance by Steve Hackett, in early 2022 and hopes that the Steve Rothery Band will be able to play some gigs in the UK in the summer.

21/09/2021: Caravan release If I Was To Fly the first single from their forthcoming album

It’s None of Your Business will be Caravan’s first album since Paradise Filter (2013) and features nine new songs plus one instrumental track influenced, to a degree, by the events and restrictions placed on society over the past 18 months. Today sees the release of the animated video, courtesy of Matt Entecott, for If I Was To Fly

It’s None of Your Business will be released on CD and digitally on 8th October, and on 5th November on Vinyl.

Following the announcement, a few month’s ago, that Dyanne Potter Voegtlin and Jan-Christian Vögtlin had joined forces with Simon Phillips and Guthrie Govan for their new studio album comes the news of a change of name. Their new studio Close to Nearby will be released on 5th November 2021 under the new name of Octarine Sky. The album features eight tracks, three instrumentals and five songs. 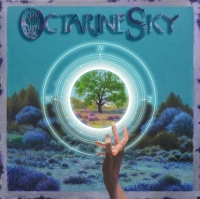 Dyanne Potter Voegtlin and Jan-Christian Vögtlin say of Simon Phillips contribution: “The huge contribution of Simon’s playing to our music, together with the depth of his artistry and vision simply cannot be understated or exaggerated. He added a completely new dimension to each song. He is also down to earth, such a joy to work with!”

Simon Phillips comments: “It has been an absolute pleasure to work on this album. Very challenging and ever so much fun.” 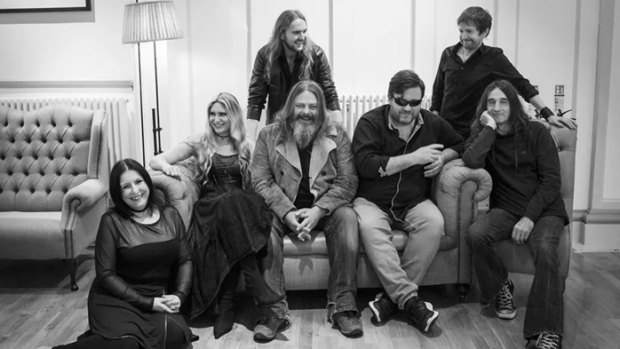 Just before Mostly Autumn went up on stage at Sheffield’s O2 Academy to close the HRH Prog X festival, I was able to have a quick chat with Bryan Josh, guitarist, vocalist and driving force behind the band, to ask about the new album Graveyard Stars, his experiences of lockdowns and the pandemic chronicled on the album, and any immediate future plans.

You’ve got a short tour starting in the Autumn and I would imagine many of the songs on Graveyard Star would start to appear live in time?

“We currently haven’t booked that many more gigs at present, given the COVID situation, but we will start filtering songs in from now on and probably by next year there’s definitely an argument for a few special shows to do the album in its entirety. I do think it would work. It would be a lot of work doing it, but I think that might be a good option – as we did for Dressed in Voices and the Box of Tears live album that followed. I think it lends itself to that, doesn’t it? I think people are going to want that and I think we should deliver it and maybe even record it at some point.”

Florida based Galia Social release the ‘full album version’ of their debut album Rise. The video is directed by Brian Petersen who has combined live footage of Galia Social with animated transitional sections, linking the tracks and the albums concept together…

Speaking to TPA recently Galia Social commented: “Rise was written as a continuous piece from day one, as it always felt strange to have an album based on a story where each track ended in silence. We were thinking more along the lines of a musical theater show, or an opera. So, having these small connecting sections not only allowed us to smoothly transition the listeners to the new key or tempo, but also sneak in a few of the hidden themes or phrases from other tracks.” 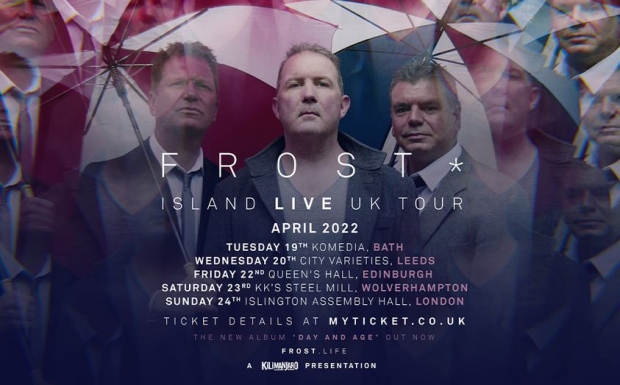 Today sees the release of Tony Kaye’s End Of Innocence through Spirit Of Unicorn Music (distributed via Cherry Red Records). To mark the release Tony Kaye has released Hope and Triumph…

Tony Kaye was moved to commit his thoughts and feelings to a heartfelt personal musical interpretation following the terrible events of 9/11. “End Of Innocence” is a requiem for those who lost their lives and all those touched by those horrific events, a powerful and emotional suite, both beautiful and sinister, reflecting the dark forces at work that day.

This essentially orchestral suite is designed to be heard in its entirety. Following the collapse of the towers, Dani Torchia sings her lament “Sweetest Dreams” and the album looks at the “Aftermath” and the “Heroes” before focusing on the response, “The Battle.” “I wanted it, musically, to be about that day,” Kaye says, “but I felt compelled to extend it to deal with the repercussions of what happened. Musically, it was quite challenging to do the battle scene and then the ‘Hope and Triumph,’ a patriotic anthem and the consequences of war. ‘Ground Zero’ is the hope for the future, the rebuilding.” 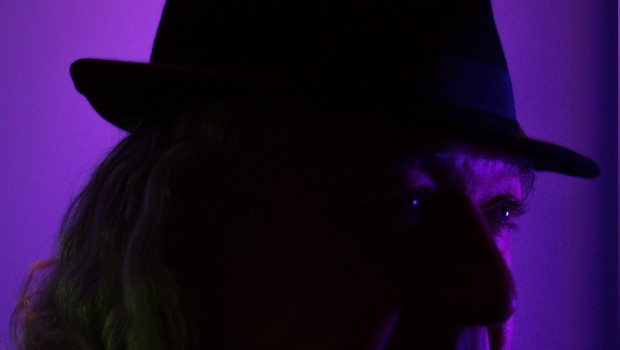 Guitarist, songwriter and composer Alan Dweck caught the music bug young, writing his first song aged nine. He cites Pink Floyd’s Dave Gilmour as a chief early influence on a life and career which has seen Dweck absorb cultural influences in situ around the world. In the early ’90s, following the collapse of the Wall, he led one of the first bands into the newly-opened Eastern Europe, a journey which left a lasting impression. His last record, Entangled Moments, is a fine collection of prog-rock songs which brings to mind everyone from Pink Floyd to Brian Eno and The Moody Blues. TPA talked to the talented guitarist ahead of his forthcoming new album…

This Sunday, 12th September 2021, we have Fusion – Not Without A Fight

The venue is the Civic, in Stourport and the line-up for this event is: Rain (featuring Andy Edwards & John Jowitt from IQ and Frost*) | Equinox | IT | Red Bazar (feat Peter Jones) | That Joe Payne | The Emerald Dawn | Warmrain

Info: Fusion – Not Without A Fight

The following Sunday, 19th September 2021, we have A Sunday In September

The venue is The Bedford, Balham in Londonand the line-up for this event is: Abel Ganz | The Emerald Dawn | The Gift | IT | Hats Off Gentlemen It’s Adequate | Tom Slatter

06/09/2021: Robert Reed talks about Cyan ahead of the release of For King And Country

Ahead of the release of the completely revamped For King And Country, originally released in the early 90s, Robert Reed has released a video telling the history of the Cyan’s debut album as well as the new line-up for the 2021 version.

For King And Country was originally released in the early 1993, followed by Pictures From The Other Side (1994) and The Creeping Vine (1999), all of which featured Christina Booth on vocals, before he changed colur 🙂 and formed Magenta, with Christina, in 1999.

YES recently announced they will release their new studio album The Quest on InsideOut Music/Sony Music on 1st October 2021. Yesterday saw the release of Dare To Know the second track taken from the album…

Steve Howe comments: “Dare To Know presents a guitar theme played within many different arrangements, with different chord structures and altered textures. The ‘idea’ mentioned in the first verse gets described later as an awakening to the subtle goings on within our bodies and mind, all geared to nature’s scheme of things, all fluctuating and rearranging according to the principles of life, as we know it. The centrepiece leaves the orchestra alone to elaborate and develop the way the theme is heard, then augments the closing minutes of the song as it rests, with an acoustic guitar cadenza.”

“Life In Two Dimensions is an album of our times, written against the backdrop of the UK lockdown throughout 2020. It covers themes of loss, hope, excitement, and the modern world of endless advertising and materialism.” Ahead of the release Dec has premiered the title track on Bandcamp.

“The music is powerful and guitar driven with songs ranging in direction from melodic ballad rock, through all out immediate rock, to complex and progressive.” 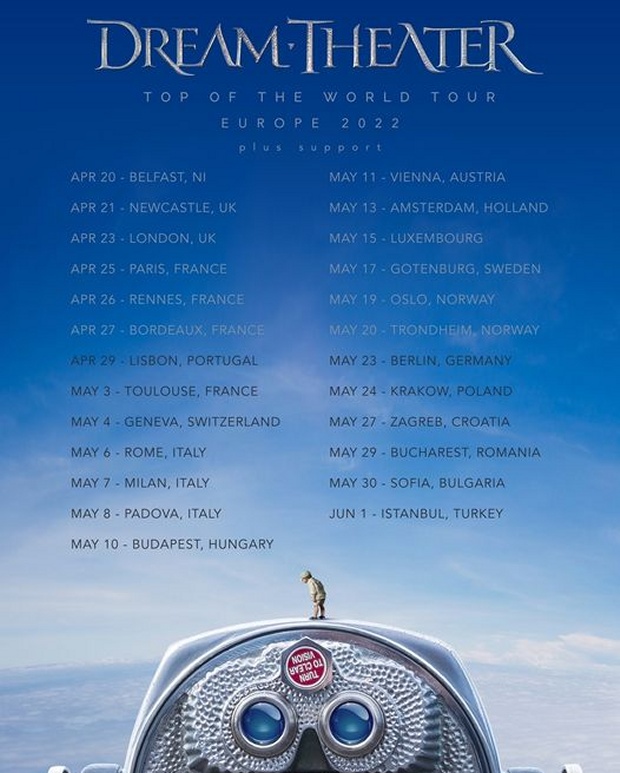 Dream Theater have announced a series of UK and European dates for 2022. The View From The Top Of The World tour starts with three shows in the UK followed by arena dates in France, Portugal, Switzerland, Italy, Hungary, Austria, Holland, Luxembourg, Sweden, Norway, Germany, Poland, Croatia, Romania, Bulgaria and concluding in Turkey on 1st June.

The tour will be in support of the 15th and latest studio album, View From The Top Of The World, which will be released via InsideOut Music on 22nd October 2021.

elbow announce their ninth and latest studio album Flying Dream 1 will be released on 19th November 2021. Flying Dream 1 was written remotely in the band’s home studios before coming together at the empty Brighton Theatre Royal to perfect, perform, and record the songs.

Guy Garvey comments: ‘We don’t phone each other for a chat. We don’t talk about life outside the music until we’re together. These hushed night-time missives told us how each other were doing. When we finally got together, all that was to do was record the songs, honour them with amazing additional singers and players in a gorgeous space and catch up. It was beautiful.’

elbow are currently on tour in the UK, which kicked off in Plymouth on 1st September 2021 and will conclude with three sold out shows at Manchester’s O2 Apollo.

Fractal Mirror announce their latest studio album Beyond Borders will be released by Bad Elephant Music on 15th October 2021, available on CD and Download. There will also be a vinyl version released through Plane Groovy in January 2022. Ahead of the release the band have issued an album teaser…

The album is produced by Fractal Mirror, mixed by Brett Kull and mastered by Larry Fast. Pre-orders will start 3rd September 2021.

Alan Parsons has announced 5th November 2021 as the release date for a new live album entitled ‘The NeverEnding Show – Live In The Netherlands‘, which was recorded at a performance in Utrecht that the Alan Parsons Live Project played on 5th May 2019 at the Tivoli venue. With his band on its customary fine form and further energised by an enthusiastic audience, it is an amazing performance by arguably the definitive line-up of musicians with whom Parsons has toured. Ahead of the release Frontiers SRL have released Games People Play (from The NeverEnding Show – Live In The Netherlands)…

As a bonus, the album includes the brand new studio song ‘The NeverEnding Show’, with a dazzling video for it on the DVD and Blu-ray formats that offers a taste of the new studio album that Parsons is currently working on for release in 2022. 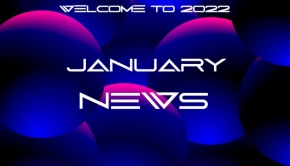 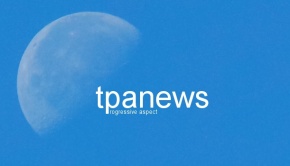 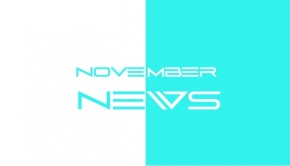 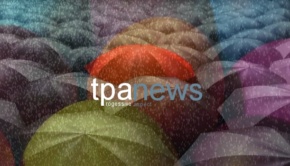