Yes release their new album The Quest on 1st October on InsideOut Music, the first studio release with their current line-up and the first with Steve Howe producing from his project HQ: Curtis Schwartz’s studio at Ardingly, West Sussex. It will also be the second album with vocalist Jon Davison out front. Since joining the band in February 2012, Jon has been proactively involved in the creative process and is thrilled to be a part of the Yes legend, as he told TPA’s Geoff Ford…

JD: It’s going on ten years and it’s wonderful to now have this new album, a second studio album, and some of my own story to bring which is an absolute honour!

GF: I’m delighted to see you have a big hand in the new album, which is fabulous.

I think you’ll be pleasantly surprised. It’s a step forward and it really feels like Yes is propelling itself into the future.

[Bonus track] Damaged World was the first collaboration for the album that we did in November 2019. Steve [Howe] and I decided to get together to toss some ideas around, the initial move looking at doing an album. That very first day in Curtis Schwartz’s studio, we worked on Steve’s Damaged World and a song of mine called Future Memories that I wrote and recorded with my old trusty 12-string acoustic. 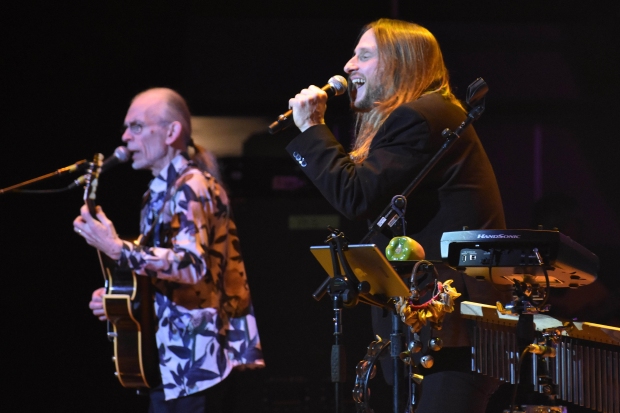 There are some classic hints at YES from the ’70s, which is nice, providing that feel of continuity.

That’s a good point, there is this continuity. I think above all the original members, Steve has stayed the most authentic and true to what he’s always done. For example, I happened to play bass on his last solo album, Love Is. Songs like Love Is A River almost sound like something off a ’70s Steve Howe solo album, so he has added that wonderful old English charm to the music, you can hear his local roots, it’s very inspiring to hear. I wanted to be very supportive of him in the making of this album and really let him shine. He’s just so delighted with this album, it’s one of his favourites.

You’ve worked closely with Geoff Downes and Billy Sherwood, great collaborations there. I trust you’re finding it good to work with these guys?

I absolutely do and I always try and encourage collaboration. I think that’s where the music is the strongest. There is a continuity with this album where there might be one leader per song but, all-in-all, everyone was free to contribute and make it a band effort. I thought that was very important and I always try to foster that concept.

Are you bringing mainly the words or some melodic ideas as well?

Usually, people are left to write their own parts. Initially, Geoff sent me a handful of instrumental ideas.

He’s good at that.

Yes, he is. I was able to take on the vocal role, lyrics, melody, how the vocals are presented and phrased, all the while trying to keep true to Geoff’s initial idea. I like that kind of challenge and I try and apply the very same when collaborating with all the members. 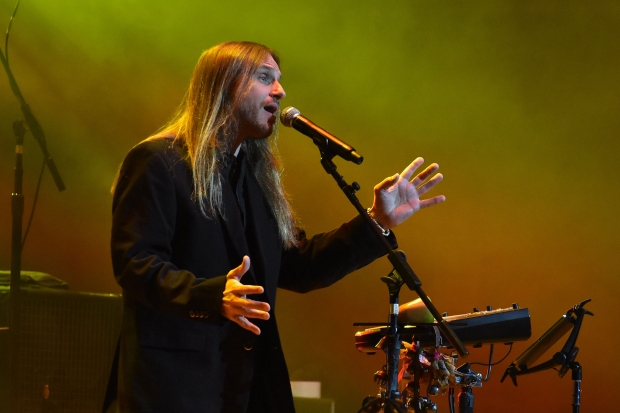 The Quest is a strong album posing the great questions of life and finding that we have our destiny within our own hands. I take it that the environmental issues we are facing at the moment are close to your heart.

Absolutely. I don’t think it was a conscious effort on my part, it was just where the inspiration led. Equally, Steve had some lyrical themes leading in that same direction. We didn’t premeditate the both of us writing on a similar topic, it just happened serendipitously.

It’s so topical at present. Have you always been a strong lyricist?

I try and I’m very persistent. Honestly? I really have to work at it but it’s such a delight. Occasionally something will just come together but, often, I have to do some soul-searching and research and study themes and ideas that I want to write about. I just love it. It’s like you’re nurturing this child and watching it grow and flourish.

That’s the heart and soul of the song.

Yes, that’s true. I fondly remember starting the process with Geoff on The Ice Bridge. Then, while I was in lockdown in Barbados, I really did some soul searching for another Downes/Davison song entitled A Living Island.

Barbados is one of few coral islands in the world, it is actually a living island. I felt that was a beautiful title to touch on while the world was shutting down during that initial lockdown. I felt the need to express in words all those intense thoughts and feelings and my personal perception of it all. Conceptually, as the song progresses through its three themes, the lyrical concept of the living island then branches out from the personal and becomes more about the well-being of the world in general, and that the planet is indeed our precious living island in a sea of stars.

All my vocals on A Living Island were actually recorded in my home studio in Barbados. We unanimously felt those original takes were so emotional, poignant and powerful. We therefore decided to keep all of it and that’s exactly what you hear on the record.

A song of hope, a great note for the album to end on. How about your compositions with Billy?

We have a song called Minus the Man and the lyrics definitely speak for themselves. It’s about searching for eternal consciousness through technology, but will the superman created in such a world exist with a human soul? It was really fun to write that one.

And Western Edge? A call for unity to help humanity to survive, it’s the same theme again.

That’s a good point. Again, it wasn’t intentional to have theme continuity, but it’s great when inspiration leads us in such mysterious ways.

I take it you shared the vocals with Billy on Western Edge?

That was an interesting one to come up with. I asked Billy, ‘why don’t you write a vocal part and I’ll write one and we’ll see what happens when we overlap the two!’ There are moments when this accidental collaboration sounds intentional with things harmonising in such a unique way. It made for an interesting exercise. The vocals came out completely different than if we had collaborated on a more conventional level. 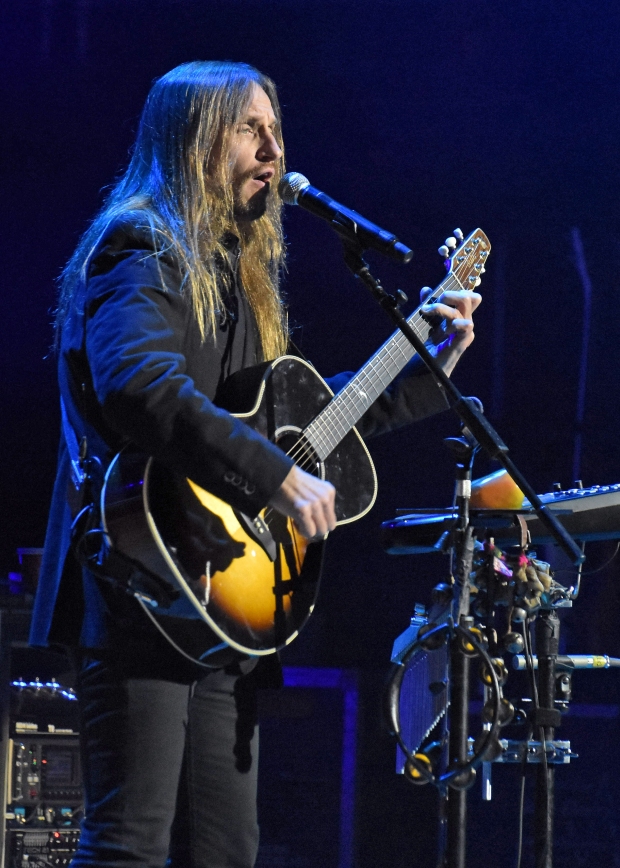 Could we see some of the new music on the tour next year?

I think we will. Steve’s so happy with the album. Everyone has been so inspired and there’s such a camaraderie and sense of unity among the band members, I really think it’s gonna be something we want to celebrate and share with audiences.

So, Jon, what were your early musical influences?

Probably whatever my mom would play on her record player; soft-rock stuff, classical. Then when I was older and discovering my own music the first rock band that comes to mind is Queen, I was really taken with how grandiose their music was. When I started playing guitar I was into The Edge and U2, that was a big elementary school phase and I have wonderful memories of that time, and the English beat and Madness, I was into ska and mod music. I even got into Goth music, like Bauhaus and Love And Rockets. So, a lot of influential variety! Even if your influences are as varied as they have been for me, I think you always carry them with you. It might not always be obvious, but I’m sure even in some small way all those influences have manifested in whatever creative direction I’ve taken.

I got into Yes in high school, I wish I could say that I had these amazing experiences that a lot of my friends had, older brothers and sisters turned them on to their albums, but I didn’t have that kind of exposure. I just heard songs like Owner Of A Lonely Heart on the radio, that was my introduction to Yes. Then I began to do my own research and went back and discovered all the early albums and then I got into Genesis. Genesis and Yes were my introduction to the progressive world.

You have to remember that I was born in ’71, so I’m growing up in the eighties in a small town in California, Laguna Beach. There wasn’t a lot of exposure to music as an art-form in the deepest sense and relative to albums on the scale of Yes, Moody Blues and Genesis. I had to do my own diving [laughs] to find those pearls!

I understand that, in the Yes camp, it was Chris Squire who was first aware of you because he’d been talking to Taylor Hawkins.

That’s right. I grew up with Taylor and there was Chris, always a hero of mine because I’d been a bass player for years. Taylor was very instrumental in that and, at the same time, I’d been working with Glass Hammer. A lot of our music was exposed online and the manager of Yes, at the time, discovered me that way. It was like there were two angles coming in at me about the potential position. I sort of cornered the market [laughs]. The stars really aligned.

You have that lovely timbre to your voice that really fits the music and that people associate with Yes.

Thank you. I do feel lucky to have been born with the right voice for something as important as Yes. I feel very blessed. 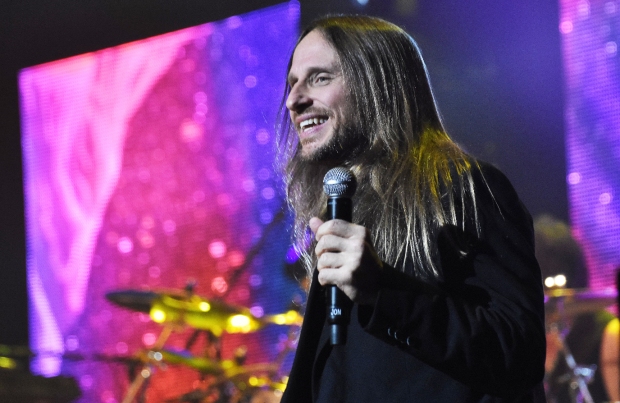 What was it like when you stepped out on stage with Yes? Was there a particular gig that you remember?

I remember the first gig being in New Zealand and that was a first for Yes. That was interesting, it was the first time they ever played in New Zealand and I felt it was a symbolic blessing, in a sense, because we were able to share a new experience together. I have a fond memory of that first night when Steve was performing his solo acoustic section and I was sitting behind Alan’s drum kit. As it was a break in the show for the rest of us, I could take a deep breath and gaze out at the large arena. I remember thinking, ‘am I really here? Is this really happening?’

Recalling that first show overall, I had a similar experience to what Alan describes. He’s said on several occasions that during his first performance with Yes in 1972 there was so much adrenaline coursing through him and that every facet of his being was singularly focused on the task at hand that he played a near perfect show. It was only after, during consecutive performances, that troublesome areas in the music began to arise for him. From there he had to build things up to a consistent level. I had the exact same experience! There’s definitely a broad learning curve with music as complex as the music of Yes, but I figure being a part of something so challenging is the most rewarding aspect and compelling force in my journey as a musician.

[All photos by Geoff Ford]