Testament to the number of excellent albums released during 2020, here we are rapidly approaching Easter 2021 and still discovering missed gems from the lockdown era… 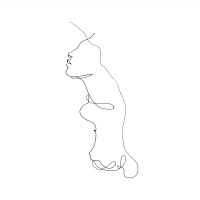 Goes without saying that 2020 was a pretty shit year all round. Especially so for the mighty Jon Gomm who returned with his first studio album in seven years. Album tour booked. Dates un-booked and changed. Tour cancelled. Tour rescheduled! A familiar tale for almost every musician across the planet in ‘the year that never was’ – however we can only hope that it somehow serves as an unlikely catalyst, post pandemic.

On the positive front, Jon signed to the Kscope label for the release of The Faintest Idea, which will surely open up newer audiences for one of the UK’s finest acoustic virtuoso guitar singer-songwriters. And the timing for this new collaboration is perfect, as to these ears The Faintest Idea is Jon’s strongest and most accomplished album to date. Not to suggest previous releases were lacking, it’s just there’s maturity to each and every track on The Faintest Idea. And if there’s any justice in this world then this album should give Jon the global recognition he so rightfully deserves.

The eleven tracks that constitute The Faintest Idea draw on all of Jon’s past influences, fusing pop sensibilities with elements from blues, soul, jazz and much more, which he then taps, thumps, strums and picks into a truly imaginative acoustic alchemy. Binding this all together are Jon’s thoughtful lyrics, delivered by his warm and soulful voice – an intimate, touching and genuinely sincere album.

Below there is a video of one of the eleven great tracks from The Faintest Idea – and you can also take a listen to the album on Bandcamp – HERE.

Finally, Jon will be touring in the UK and Eire from October – all dates can be found in the TPA Gig Guide – so do yourself a favour, buy the album and then go to one of his gigs! 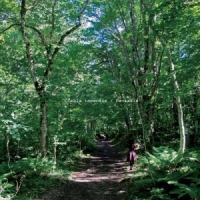 There was a time when sourcing albums from the Far East was a relatively simple affair with distributors such as Disk Union and Poseidon Records (Music Term) more than willing to ship to the UK. Talking of which, a subsidiary of Poseidon, Vital Records, provided me with a couple of excellent purchases by Cichla Temensis: Another Triangle (2007) and Affine Space (2009).

So what’s this got to do with Kiku Latte, I hear you ask? Basically, a name change, so Cichla Temensis are now Kiku Latte. From the original trio only bassist Takumi Kokubu remains, which is good news as his magical bass work was paramount to their sound. Sadly the other draw was flautist Haruna Fukazawa, who was truly inspirational, but not to be found in the new line-up I’m afraid. Enough history…

Kiku Latte have not only had a name change, but also expanded into a quintet with the addition of keyboards and guitar, adding to the original, bass, drums and flute line-up. First impressions of the Fantasia EP is that Takumi Kokubu must have been the principal composer, as this is more a continuation of their fascinating, quirky and eclectic sound, rather than any change in direction. Certainly the addition of guitarist Hiroyuki Kato and Yusuke Akiyama on keys has expanded the band’s sound, elevating it to new heights, but the essence of the music remains. Kiku Latte have also struck gold with new flautist Kazumi Suzuki, who is particularly spectacular across the EP.

At just over twenty minutes this EP serves as an excellent introduction to Kiku Latte. We have the spectacular and ever shifting pace of Doors (which you can hear below), and the equally impressive, if all too brief Green Winding Road. Offering contrast we have the gentle meanderings of Crescent Lake and rounding of the album the ear-catching workout that is IBIS.

An impressive calling card, so to speak, and I for one eagerly await the band’s first full length album. 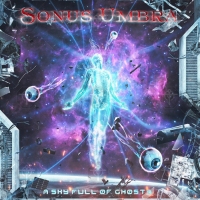 Maryland-based instrumental quartet Might Could have released four studio albums, all of which are firm favourites. And you mention this here because? Three-quarters of Might Could also feature in Sonus Umbra. Luis Nasser was a founding member of Sonus Umbra and during their history multi-instrumentalist Andy Tillotson and guitarist Tim McCaskey have become core members.

For some inexplicable reason, and given how fond I am of the Might Could albums, I’m struggling to think why I never really ventured into the Sonus Umbra discography. Well that’s not strictly accurate, I have recollections of listening to Snapshots From Limbo in 2000 and the 2004 follow up Spiritual Vertigo. As I don’t own either, I’m assuming they didn’t hit the spot. However, the release of A Sky Full of Ghosts just prior to the 2020 festive season offered the perfect opportunity to revisit the band.

The influence of Messrs Nasser, Tillotson and McCaskey is unmistakable from the outset. The complex acoustic rhythmic structures on Antidentity attest to this, however with addition of some impressive flute from Steve Royce, followed by dynamic, inventive heavy riffage from the band, it is evident that Sonus Umbra are a different beast. A very different beast and a particularly impressive one to boot.

Across the album, Sonus Umbra pay homage to the giants of old school prog, but never in a derivative fashion. So if well written and performed, oddly metered, flutey, Hammondy, melodic prog floats your boat, and Sonus Umbra have so far passed you by, then I heartily recommend a visit to their Bandcamp site. 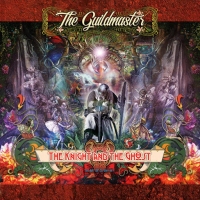 The past two years have been extremely productive in The Samurai of Prog camp, releasing two studio albums under the TSoP name, two as Bernard & Pörsti, a solo album from Kimmo Pörsti and now this side project release, under the moniker of The Guildmaster. Now when I say albums, I mean albums, these are the real deal, high definition gatefold layouts with lavish artwork and multi-page booklets. Not just a few tracks uploaded to a free digital platform with some sketchy artwork.

So how is this project different to TSoP. Well, The Guildmaster is a new project encompassing Messrs Bernard & Pörsti with regular TSoP contributor and multi-instrumentalist Rafael Pacha and keyboard legend Ton Scherpenzeel making up the core band. The Knight and the Ghost album features thirteen tracks, embracing many of the proggy traits synonymous with TSoP, however the music here has a very folky inclination. Defining it a little more closely, medieval folk, although not exclusively. The former can be found in the albums jaunty opener Puppet Dance. One for Mike Oldfield fans for sure, similarly with the oddly metered Sixes & Fives, the lively The Hare and Noughts and Crosses.

The Knight and the Ghost is predominately instrumental, however the album does include two songs. The title track is the first, featuring the delightful Camilla Rinaldi, bringing to mind Paidarion, another of Mr Pörsti’s bands. The equally delightful Ariane Valdivié adds her vocals, sung in her native tongue, to the symphonic Camino de Luz.

Not all of The Knight and the Ghost worked for me, perhaps a little too lightweight for my tastes and a few tracks didn’t quite marry the folk and rock elements into a truly harmonious relationship. Having said this, there’s still much to enjoy and, as mentioned above, this is a skilfully produced album, an impressive cast of musicians and great artwork throughout by Ed Unitsky. 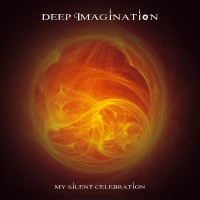 Thorsten Sudler-Mainz, the man behind Deep Imagination first came onto my radar back in 2008 with the impressive Endless Future album, from German duo Art Of Infinity. The eight tracks featured an impressive cast of guest musicians, along with vocalists Eva Wolf and Alquimia, and if that’s not enough, a choir. The album has long since disappeared from my collection, however memory of the music was that Endless Future was a rather special album.

Moving forward, Thorsten resurfaced in 2010 with Awareness, an album reminiscent of perhaps Jean Michel Jarre. I have little memory of this album, so I’m assuming it didn’t grab me particularly, however at this point it’s best to come clean regarding my ‘limited’ knowledge of the world of ‘ambient electronica’. 2017’s Carefully Kept Secrets was a different animal and the soothing keyboards along with ethereal vocals and Gilmour-ian guitar have provided many a late night listen.

So to 2020 and Deep Imagination returned with My Silent Celebration. To my mind the two albums affectionately mentioned above are coalesced into one, making this possibly DI’s most cohesive album to date. Pink Floyd can readily be found across the album, certainly the wonderfully atmospheric Stopping To Run, but perhaps most evident during the absorbing Burning Sun. Another reference point must surely be long running Australian duo Dead Can Dance, which can’t be a bad thing, especially during the more tribal/percussively heavy tracks.

Not normally one for comparisons, but as mentioned above this is not a genre I’m overly familiar with. DI themselves cite both Floyd and Dead Can Dance, so nice to know I’m on the same page. They also mention the influence of Depeche Mode, but I’ll have to take their word on that.

So to conclude, if you enjoy the music of the early electronic music pioneers, along with the more adventurous ’80s exponents, then this album should certainly be on your watch list. Regardless, Deep Imagination have produced a rather classy album, with a broad spectrum of appeal, and one that works on many levels. 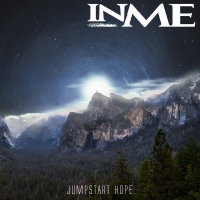 I was tempted to start this review with the words “I’m not sure why I like this band as much as I do”, however, I do, and the simple answer is it’s Dave McPherson, the man and the voice behind InMe for the past 25 years. The way he manages to sweep from raw and guttural, to mellifluous, stretching higher again into his sweeter falsetto voice and back is something rather special. The fact that Dave also has an uncanny knack of writing a catchy song, combined with emotionally charged, often introspective lyrics makes the perfect foil for the rawer edge of the music.

Before moving on, a mention for Dave McPherson’s solo material, available through Bandcamp, which sees a stripped down version of the man. Personal favourite is 2019’s Naked Dreamoirs, although the ‘acoustic electronica’ of last year’s Athanasy Sadness Songs reveals another string to his bow…

Anyway, back to InMe, who I came across back in 2009 with the release of Herald Moth, a wonderful album and one that accompanied me on many a run. Sadly, my running days are in the past and Herald Moth ain’t country strolls material, but still, the album gets regular blasts. Twelve years on, Jumpstart Hope still retains the InMe energy, but this is a band who are constantly progressing their sound, refining and getting stronger with each and every release. The writing here is more varied, so along with the familiar alt rock/metal and djenty riffage (whatever you want to call it), there’s a broadening of the palette.

So we have Clear History, The Leopard and the delightful acoustic Ancestry offering the ‘calmer’ moments. There’s a couple of catchy ‘singles’ in Next Song and For Something To Happen and the two heaviest tracks Blood Orange Lake and Shame bookend the album. Sandwiched in between is InMe at their raucous and infectious best – succinct, catchy, songs that demand frequent replays for me…