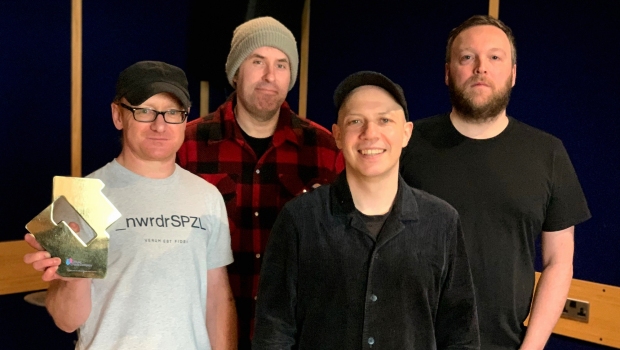 Mogwai’s tenth studio album As The Love Continues has debuted at number 1 on the UK Official Albums Chart on 26th February. The Glasgow band’s first number one album comes 25 years on from the release of their debut single… 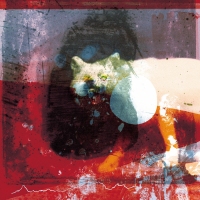 “We’re unbelievably happy to have the number 1 album in the UK,” said Mogwai guitarist Stuart Braithwait. “We want to thank everyone at Rock Action Records – both of you – and mostly to thank everyone who has bought, downloaded and streamed the album, and supported us over the last week, and the last 25 years. It’s something we’re amazed by. We’re taken aback by everyone’s support, kindness and generosity.

“It is 25 years this week we released our first single Tuner/Lower, the first release on our own label Rock Action Records. We didn’t start the band or the label to get into the charts. None of us ever envisaged either the band or the label being in a position where having a Number 1 record would be a possibility.

“We started the label with a loan of £400 from my now-brother in law. Martin’s folks generously helped us out by paying for the studio to record the songs. We were just kids that wanted to make an amazing noise and get our record played on John Peel. Amazingly John did play the record, and one thing led to another to get us to the point we’re at now. It’s been an incredible journey making music together over the last quarter century, taking us to places we never dreamed of and getting to play our music to more people than we ever imagined.”

As The Love Continues was recorded last year with producer Dave Fridmann and features the singles Ritchie Sacramento and Dry Fantasy alongside nine other stunning new songs, with contributions from Atticus Ross and Colin Stetson. It is available via Rock Action Records to stream and buy in various formats, including digital, CD and double vinyl. A special edition box set includes the CD, coloured double vinyl LP, special single vinyl pressing of five album demo tracks, and a photo book.

As The Love Continues is the follow up to 2017’s Every Country’s Sun and 2014’s Rave Tapes, two records which saw the band reach the top 10 of the albums chart for the first time. In between the band released a career-spanning retrospective Central Belters and collaborated with filmmaker Mark Cousins to soundtrack his documentary Atomic. Earlier this year, they released the soundtrack to the Sky Original drama ZeroZeroZero, available for its first week exclusively on a pay-what-you-can (PWYC) basis via Bandcamp, with half of proceeds going to Help Musicians and NHS charities.

Praise for As The Love Continues

“The band are taking their seat in indie Valhalla”  – 5*, Arts Desk

“Bristles with the unruly energies that enlivened their younger incarnation” – 9/10, Uncut

“When the moment commands it, Mogwai still take you there” – 4*, The Observer, Artists of The Week

“Their style, tremulous and atmospheric, lends itself to our period of enforced isolation and stillness. It renders the domestic world in dramatic, unfathomable hues.” – 4*, The Times

“Yet another high watermark in Mogwai’s irresistible rise” – 4*, MOJO

“They are the masters of the crescendo” – 4*, The iPaper

“It’s Mogwai as you’ve always heard them, but also as you’ve never heard them before. Three decades in, and their evolutionary guitarmageddon still continues to surprise.” – 8/10, Loud & Quiet

“Well-orchestrated, subtle and playful” – The Quietus

“Mogwai offer melody as something to cling to while storm clouds gather” – 4*, Record Collector

Mogwai – As The Love Continues →