Lockdown is a journey, to each of us their own, where we go, what we do, some constructive, but sadly for others a destructive journey as all that they believed important is dashed on the rocks. But not Richard Barbieri, influencer, innovator, musician, recognised for his work with Japan and Porcupine Tree, and collaborations with a variety of artistes, including Grice (loved by me).

2020, ironically a vision lost, becomes something completely different. The planned follow-up to Planets + Persona was side-lined as travel and shared studio sessions were curtailed, only leaving the internet available for contact and collaboration. Richard retreats to the home studio and plays, experiments, gets a few artists and friends on board and produces Under A Spell, a Covid-19 spell. “I wrote and recorded it in my studio at home, with all this strangeness going on outside”, says Barbieri. “It became something completely different: this weird, self-contained dream-state album.”

First is the title track, making full use of the stereo channels, our entre from quiet beginnings into a bit fat sumptuous tune, samples sprinkled liberally throughout. Of its own, but not unlike some of the worldly material you might find on a Peter Gabriel album, possibly with more of a jazz tinge than Gabriel would use, Richard paints a sonic palette, the music rhythmic and ethereal as the ears are treated to a fine display of aural fireworks. Clockwork; Flare 2; Serpentine; the music oscillates between the long and the short, seamlessly, it appears, between the tracks. If only all home studio recordings were this good.

Inspired by recurring dreams in this strange world that many have had to inhabit this last year, it could easily have been quite downbeat, but it isn’t, in fact it is uplifting, the drawing into its core of so many genres and styles ascending it above expectation. Comparing a wooded path to The Blair Witch Project is where I guess the title Under A Spell arises from.

For over 45 years, Richard has been producing cutting edge material. He has been writing again with Steve Jansen of Japan, collaborating with the likes of Steve Hogarth (Marillion), and Grice. It’s a long time, but there is no sign yet of the creative well running dry.

Sleep Will Find You, featuring vocals by Listen Rylander Love, is rich in atmosphere and texture, and maybe ironic given the number of people (self-included) who have struggled to sleep during lockdown. It is a short track, but I remember those hot days and nights of last year’s pandemic infected summer, and this feels about right. Different from the Virginia Astley track I used to chill, but equally as effective, and sits nicely with Jo Quill’s Exodus album for moments of contemplation. There are no songs as such, but the spoken words of Love and Steve Hogarth, though nearly inaudible, are very effective in creating atmosphere.

Darkness Will Find You is a rather more edgy creature, reflecting those times on the percipience of a dream yet not quite ready to fall. The effect is intriguing, whether of the aural interpretation or of a half-remembered incident, it is hard to say, but the feeling is created and experienced.

Lucid is the final track here, its repeating melodies and soft vocals are really an opposite of Darkness Will Find You. The running time feels too short, and I do love the slight late night jazz lounge feel, where quality exists, and the quantity is sufficient. It is electronic music, but it has a very organic feel, experimental and reminiscent of the albums Miles Davis made during the ’70s (try Aura). Richard says of this album that Under A Spell and Lucid are the keys to unlock it. “Those two tracks have the whole meaning within them”, he says. “The first song, Under A Spell, is leading you down a path, moving into places where you’re not sure what’s going on. There are whispers in the background, spells being cast in a deserted wood. Then the final track, Lucid, is the opposite. You’re in this comforting lucid dream, but then you’re drifting further away from it, trying to come out of it. There are voices saying: ‘Wake up, wake up, come back alive…’”

I find that the album flows best as one piece, although I acknowledge that you can drop in to some tracks. As said, it feels organic despite its electronic roots, and I find the whole piece beautiful, if a little other worldly. References to Davis and Gabriel are just that, the content is all Barbieri. He has been an influential artist for over 40 years and I can envisage, to those in the know, that this album and Richard’s other projects will influence for many years yet. I think that it is great and should have broad appeal, if only you can take that first step. 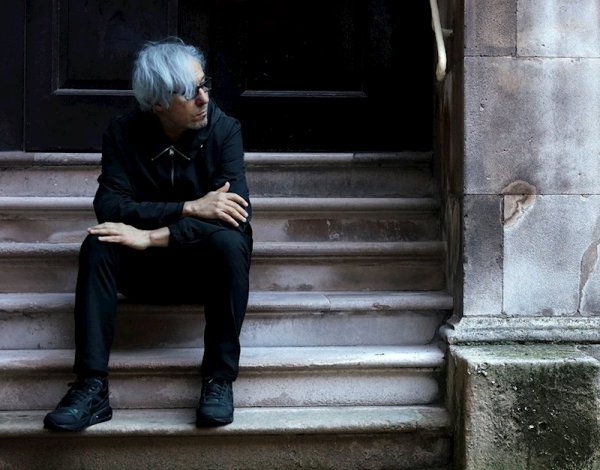