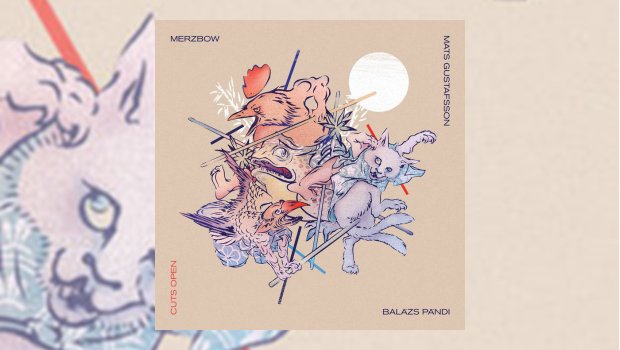 While reviewing the excellent Boris and Merzbow release 2R0I2P0, I mentioned to my sensai and swami, Sir Roger of Trenwith, that I was familiar with Merzbow only within the Boris universe. Always willing my mind to be expanded, Sir Roger passed on to me this latest instalment in an ongoing collaboration between Merzbow, Mats Gustafsson and Balázs Pándi. My mind has not been expanded, so much as blown – although the two are more or less the same. Cuts Open has indeed cut open the fabric of space and time. A Big Bang that has blown my mind, and allowed infinite expansion. As mentioned, I was already familiar with Merzbow, if only for his collaborations with Boris. I was familiar with Mats Gustafsson from Fire! Orchestra, and his collaboration with Zu on How to Raise an Ox. I did not think I was familiar with Balázs Pándi at all, the name didn’t seem to ring any bells, but upon investigation he appears on two albums in my collection – from Obake and Metallic Taste of Blood.

I feel somewhat ashamed not to recognise Balázs Pándi, for his part in the trio seems almost the most important. His drumming and percussion provide much of what little structure exists in these lengthy exploratory improvisational pieces. He provides the grounding and framework from which the other two build from and around, in essence working almost like an aural sculptor. And the music of Cuts Open is an exposition of sound sculptures, magnificent and multi-layered ideas, detail and discourse. Pándi’s part in Cuts Open reminds me of Asaf Sirkis’s playing on the recent Dwiki Dharmawan album, Hari Ketiga, not because their playing is similar, so much as they provide a sort of surrealist scaffolding for free jazz to flow around. Actually, scaffolding is perhaps the wrong word (as it suggests that Pándi is supporting or supplementing the sound of Merzbow and Gustaffson), when often Pándi provides the primary and predominant sound of the trio. 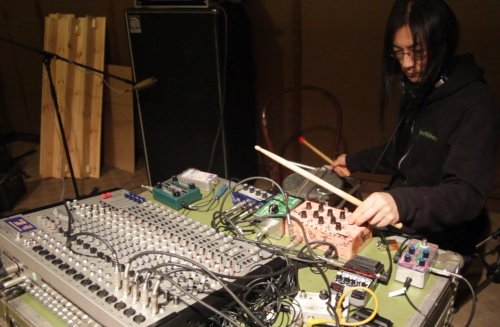 So, I guess, that was my first big surprise – and a very pleasing one it was. As was my second big surprise, because (I admit it) I wasn’t convinced I was going to enjoy this album at all. Merzbow is perhaps the most renowned noise artist in the world, and Gustafsson is equally well known for the belligerent intensity of his playing. As much as I might have enjoyed these two from what I had heard of them separately, I wasn’t convinced I would enjoy them as much together. I thought the intense wall of sound might just be too much for me. But as much as there are intense and noisy moments on Cuts Open, it’s a surprisingly easy to listen to album. The trio, far from creating and conserving the massive wall of impenetrable noise I was expecting, show a talent for recognising that what is not said is just as important as what is. There is great space and expansiveness within the improvisations that make them not only easy to navigate, but thoroughly enjoyable. Rather than a fierce and punishing assault, Cuts Open is a delight of dynamic textures, full of control and restraint.

Thus, the opening track begins with far more silence than noise, easing a nervous listener such as myself into the unknown. Pándi’s percussion (I presume, though cannot be sure, as all three musicians provide percussion) is a revelation, rolling around my ears, and creating more gaps than it fills. I’m not going to pretend it’s tranquil or serene, but it’s hardly unsettling or harsh. The trio don’t play their instruments in a conventional manner, it’s true, but it’s fascinating, rather than overwhelming. Gustafsson’s flute playing is actually quite beautiful in this piece, aspirated so gently it sounds more like traditional wind instruments created from nature (I’m definitely reminded of the taonga pūoro of the Māori people of New Zealand, for instance). The fluidity between the organic and electronic is quite amazing, though – for there are definitely times when it is surprisingly hard to differentiate between the two. 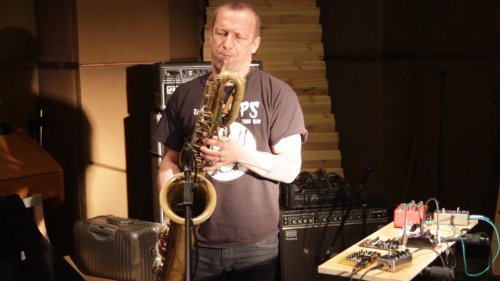 Another surprising comparison, for me at least, is Lark’s Tongue-era Kings Crimson. Again, I was expecting a far greater assault, more brutal, more metal. I was expecting to hear the force and power of pure, unadulterated noise. This is actually quite beautiful. I Went Down to Brother is not Jim Morrison heading down the hallway to kill his brother, so much as tuck him in and read him a bedtime story, then gently kiss him goodnight. Did I seriously just compare this piece of music to a gentle kiss? Yes, yes I did. This is less building a wall of sound, than breaking it down. And when the music actually sounds like that wall crashing down in the final minutes, those crashes are triumphant and jubilant, until we’re left only with feedback, flute, and scattered percussion, as the dust rises from the rubble. The second track then begins as if it were the wind howling over the ruins of that wall – again playing with space and silence to tremendous effect. Of course, this is merely the imagery my mind conjures. It is most probably not what the musicians intended, nor what you might hear. The point is that I imagine it might be impossible to listen to this evocative music and not have your mind create imagery to accompany the soundtrack. And that cinematic quality lasts the entire album. The four tracks are greater soundscapes than many musical pieces described as such.

And so, since good things come in threes, the third big surprise. I didn’t think I would be able to sit through four twenty-minute pieces of noise, before I put this album on. Even after I realised this was not the noise I was expecting, and that it was actually quite wonderful, I was still unsure that it could hold my attention and affections for the full length in one sitting. But when it comes down to it, the 80-odd minutes fly by. There is so much going on (and, at the same time, so much space between) that fatigue never sets in, and boredom never gets a look in. The music sometimes ebbs and flows, and sometimes crescendos and climaxes. There are moments when the restraint that pervades much of the album is forgotten, and Pandora’s Box is opened. But even then, it is more like conversation than confrontation. 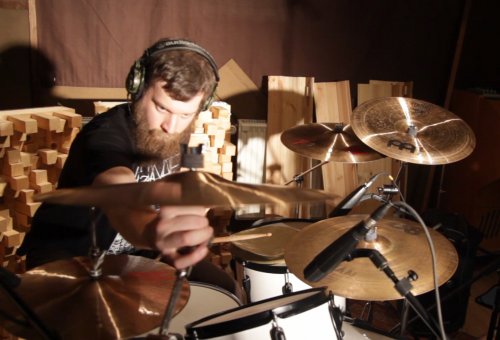 The exchange between the three musicans is incredible. I mentioned free jazz earlier, and Cuts Open sounds to my ears far closer to that than improvised noise. Or perhaps, if not free jazz, the free improvisation of the type that the MoonJune record label encourages (think Lighthouse and Stone House). I’m not really sure where the boundary between free jazz and free improvisation lies, because I’ve never really cared too much for genre delineation. So let’s just say that Cuts Open is an absolute beast of an album, that’s truly beautiful. The only problem it causes me is that I thought I had finally worked out what my favourite albums of 2020 were. Now, if you’ll excuse me, I have a lot of catching up to do. If the other albums this trio have made are as incredible as this one is, I am in for a treat…. 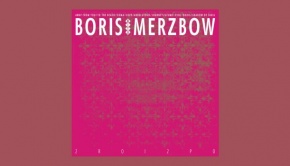