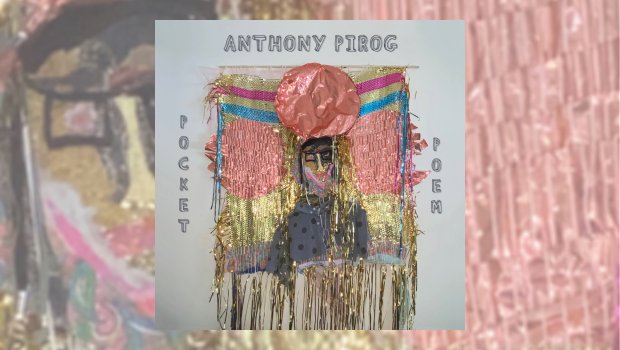 Anthony Pirog is a guitar playing graduate of the famed Berklee College of Music who already has a varied career behind him, and is someone who is not confined to one particular style or sound. This much is firstly evident in that he has made major contributions to albums made with his wife, cellist Janel Leppin, under the banner Janel & Anthony. One of these was the delightful Where Is Home, where a unique twist on songwriting playfully jostled with esoteric instrumentation and strange sound manipulations. Secondly, at the other end of the scale, Anthony was part of a project with Henry Kaiser and others on last year’s feral Five Times Surprise, an album that took no prisoners, and about as far removed from his marital musical contributions as can be.

Expect the unexpected is probably the correct approach to Pocket Poem, Anthony’s second solo outing. 2014’s Palo Colorado Dream was recorded with acoustic bassist Michael Formanek, and drummer Ches Smith, and that trio is here enhanced with modern technology and vintage guitar synthesisers, and a willingness to explore that results in the fourteen musical vignettes presented to us on this delightful album. These compositions range from the wistful introspection of Adonna the Painter to the full on alt-rock of atypical opener Dog Daze.

However, for the most part this album is a quiet and considered affair that revolves around mostly short sonic sketches, some with a defined melody, and some, like the title track, being more impressionistic in nature. Anthony’s skill on acoustic guitar is highlighted throughout, but nowhere more so than on Honeymoon Room, a stripped bare exposition of neat fretwork, on both acoustic and electric guitars. The tune floats by in an azure sky, recalling Bill Nelson at his most dreamy.

Incidentally, Honeymoon Room is one of only three pieces to trouble the five minute mark. The brevity of these fourteen pieces results in each quickly evoking their own mood, and the subtle shifts in styles and tempos serve to hold one’s attention throughout. The longest track is Adonna the Painter, and during the leisurely pace established over its five-and-a-half minutes goes through changes in colour from a lightly symphonic jazz intro, via a Flamenco-inspired unadorned electric guitar solo, to an upright bass solo, and back to the main theme with a polished natural grace.

The aforementioned title track is indeed impressionistic, but it is not ambient, as, although a subtle piece in keeping with the rest of the album, it is mildly jarring, the surprise element coming in the form of the gaps between the notes, rather than what you actually hear. The following Mori Point is more animated, ending with some electronic static, and as a result goes by far quicker than Pocket Poem despite being of a similar length. This clever use of dynamics surfaces through the album.

Electronica and beats are to the fore on the edgy Spinal Fusion, which precedes the final five-minute track, Untitled Atlas, a journey into slightly atonal territory with the feel of a cut’n’paste musical jigsaw that breaks down into component parts. This is as odd as this otherwise highly musical album gets, but it works within the general theme. Deetjen ends our journey with an electronica tone poem, and is a fitting way to conclude an album that becomes slightly stranger as it progresses, but never enough to frighten the horses.

It is clear that Anthony Pirog is a talented and individual composer, and I would love to hear him collaborate with, say, Charlie Cawood. Anything is possible in the digital age! 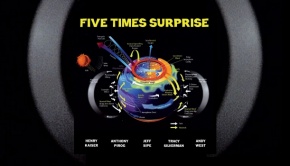