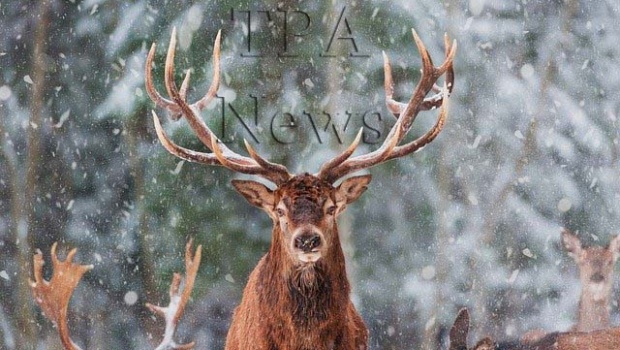 Latest Prog News from across the progressive music spectrum & updated throughout December 2020. 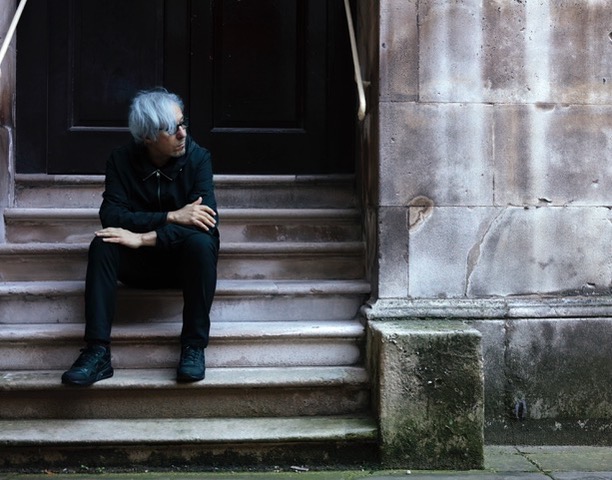 Richard Barbieri has announced a follow up to his 2017 release Planets + Persona with a fourth solo album Under A Spell.  “I wrote and recorded it in my studio at home, with all this strangeness going on outside,” says Barbieri of Under A Spell. “It became something completely different: this weird, self-contained dream-state album,” say Barbieri.

Under A Spell captures the atmospheres and moods that Barbieri’s disconnected brain was conjuring during the Covid lockdown rather than slaving over arrangements and melodies. Songs such as ‘Flare’, ‘Serpentine’, ‘Sleep Will Find You’ and its companion piece-of-sorts ‘Darkness Will Find You’ are sharply defined despite their dream-inspired genesis. He points to the evocative opening and closing tracks, ‘Under A Spell’ and ‘Lucid’, as the keys that unlock the album. “Those two tracks have the whole meaning within them,” he says. “The first song, ‘Under A Spell’, is leading you down a path, moving into places where you’re not sure what’s going on. There are whispers in the background, spells being cast in a deserted wood. Then the final track, ‘Lucid’, is the opposite. You’re in this comforting lucid dream, but then you’re drifting further away from it, trying to come out of it. There are voices saying: ‘Wake up, wake up, come back alive…’”

Listeners will be able to make out those voices but there are no vocals, these voices, collaborators, include Marillion frontman Steve Hogarth and Swedish singer Lisen Rylander Love (who co-wrote ‘A Star Light’).

The album’s title encapsulates the haunting and evocative world Barbieri has created. Songs such as the skittering, billowing ‘Clockwork’ and ‘Sketch 6’s dub-inspired soundscape hang suspended in that strange half-world between sleep and waking – a subconscious reflection of the surreal state the planet has found itself in over recent months. “I was having a lot of bizarre, recurring dreams that were hanging around after I woke up,” says Barbieri. “They were based around this woodland pathway, which is really summed up by the album cover – this surreal, deserted, Blair Witch Project type of environment. You’re going through these woods, heading towards this light, almost like you’re leaving life. That’s where the title Under A Spell came from – it was a feeling of not being totally in control. Almost as if your dreams are pointing you in directions that sometimes you can control and sometimes you can’t.” 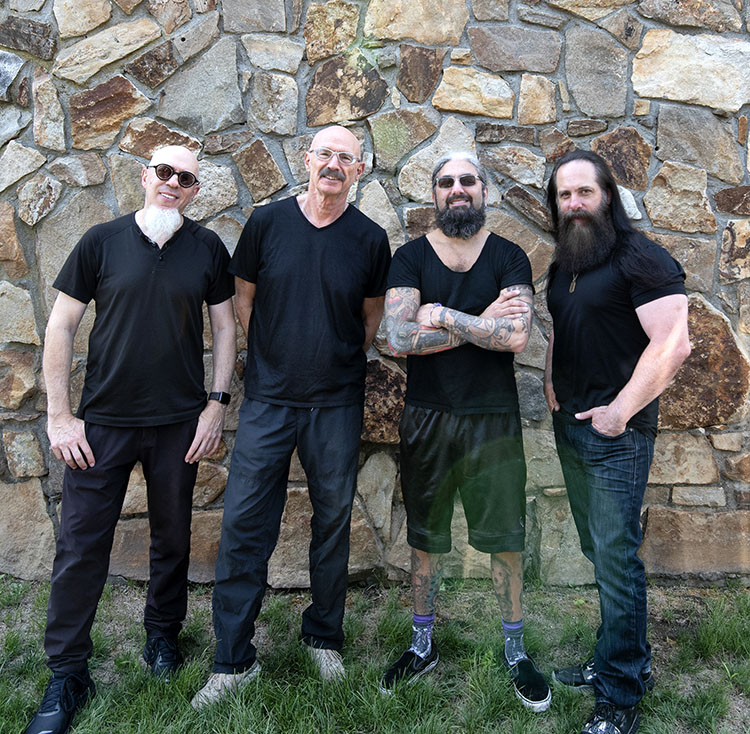 Liquid Tension Experiment announce their return with a new label and new album. The group – comprised of Mike Portnoy (Transatlantic, Sons of Apollo), John Petrucci (Dream Theater), Jordan Rudess (Dream Theater), and Tony Levin (King Crimson, Peter Gabriel) – have signed with InsideOutMusic for the release of their 3rd album. The album is set for a Spring 2021 release, 22 years after the bands’ last studio album.

“What happens, when you put four of the most talented musicians on the planet in one room? LTE. We all have been waiting for this album to happen for a very long time and it makes us very proud to be releasing this album. This one is for the fans!” – Thomas Waber, InsideOutMusic Label Manager

“We’ve all known Thomas Waber for a very long time and Jordan and I recently discovered how great it was to finally get to work together when Dream Theater joined the Inside Out family a few years ago. There really is no better home for LTE and we all look forward to doing great things together!” – John Petrucci

“Myself, and John, have known Thomas Waber since we met on the very first Dream Theater European tour in 1993…since then I have worked with him and Inside Out for the past 20 years with Transatlantic, The Neal Morse Band and Sons Of Apollo. When LTE finally reunited this summer, we knew there was no other label that we could call home” – Mike Portnoy

The band have released a new teaser trailer, created by Christian Rios, which you can see here:

In 1997, Mike Portnoy, John Petrucci, Jordan Rudess, and Tony Levin, joined forces to create Liquid Tension Experiment. The foursome released their self-titled debut album in 1998 and the follow-up, LTE2 in 1999. The creativity between the collective would prompt Petrucci and Portnoy to invite Rudess to join Dream Theater, effectively marking the end of this side project. However, since that time, there have been few reunions more in demand. Now, with the world in lockdown, the opportunity has finally happened.

Earlier this week, the Tony, Mike, Jordan, and John teased separate profile images on their social media pages with masks labeled with L-T-E-3 covering their respective faces. This was followed by the full band image on the band’s socials. 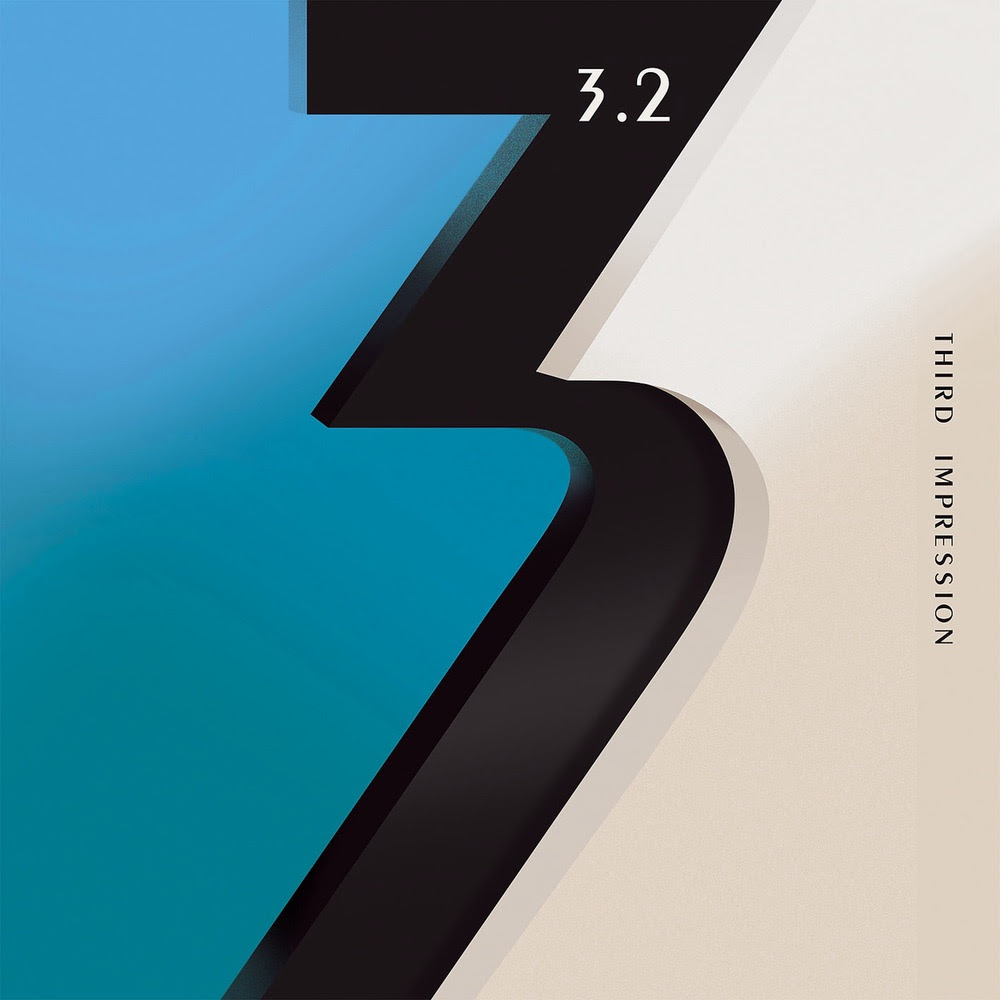 3.2 is a continuation of the progressive rock band 3, in which multi-instrumentalist and vocalist Robert Berry plays alongside ELP members Carl Palmer and the late Keith Emerson. Third Impression is the follow up to 2018 debut album The Rules Have Changed, presenting a mixture of epic songs that include album opener ‘Top Of The World’ and the closing ‘Never’ (the latter co-written by Berry and Emerson), plus more melodic and AOR moments.

Berry comments: “Being left with ‘Never’, the final song that Keith and I worked on, weighed heavily on me. It was as if my friend was still here as we had this song unreleased to the world. It was a big and powerful piece of music, but was too long to fit on ‘The Rules Have Changed’. However, the more I listened to it, the more it brought me back to the many conversations Keith and I had about style and where 3’s sound may have headed. I am so proud of these 3.2 albums and my time in 3. Playing with Keith was, and will remain, the best experience of my musical life.”

The choice of ‘A Fond Farewell’ as the first single to be taken from the new album was swiftly agreed between Berry and Frontiers. “It can be difficult for an artist to pick which song from an album should be released first. The choice made by Frontiers made complete sense. Not only because of the current state of the world, but also for reasons that true fans of 3.2 will understand, ‘A Fond Farewell’ is the perfect launch for the final works started with 3.”

Conversations between Berry and Frontiers about a new 3 album took place in 2015 as Berry and Emerson had discussed a follow-up to …To The Power Of Three album from 1988. From old cassette tapes, including Emerson keyboard parts and demos, collaborating on musical ideas over the phone, to long discussions about musical direction, the framework of the album was set, but Emerson’s untimely death in March 2016 made the album an uncertainty initially. After months of grieving and contemplating what to do with these co-written songs and musical fragments from Emerson, Berry decided to resume work on the material and craft a record that would be a fitting tribute to his late friend’s legacy and at the same time re-energise and update the musical style begun with 3 more than three decades previously. This resulted in 3.2 and a debut record of exquisite progressive music.

The working relationship between Berry and Emerson began in 1987 when manager Brian Lane (Yes, Asia, A-ha, etc.) and drummer Carl Palmer arranged a meeting between the two prolific musicians. The plan was to form a more melodic, song oriented band (in comparison to Emerson, Lake & Palmer) that would allow Emerson, Berry and Palmer to follow in the footsteps of the success that Asia and GTR were enjoying during that period. 3 was thus born, resulting in a top 10 US single in ‘Talkin’ Bout’ and an acclaimed North American tour. 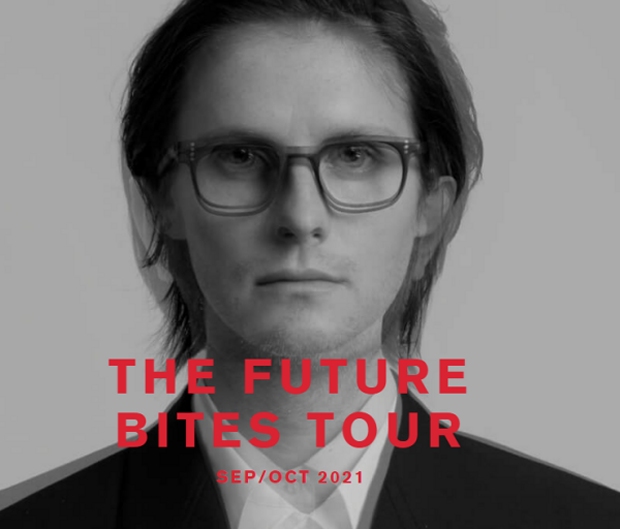 Steven Wilson has announced an extensive tour in support of his forthcoming sixth album, The Future Bites (due January 29th 2021). The tour begins in the UK in September 2021 before crossing Europe. Below are the UK dates which go on sale Friday 11th December 2020:

Due to COVID, Alan Emslie has been forced to delay the release of his new solo album, Witch-Hunt, until 21st December 2021. Alan explains: “This album contains a lot of orchestral playing so a lot of the recording sessions were unable to go ahead.” 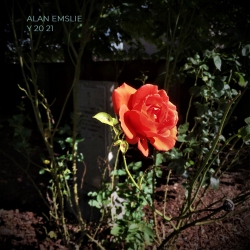 However (drumroll), in keeping with his ‘2112’ tradition of releasing new music on 21st December each year, Alan Emslie has announced the release of a single 20-minute track on entitled Y 20 21.

Described as “…a 20-minute reset for your brain. Lie on the floor on your back and let it wash over you”.

Downes Braide Association (DBA) have announced the release of their fifth album Halcyon Hymns. The CD/DVD is out on 5th February 2021, and 2LP White Vinyl edition is available on 26th March 2021.

The first track to be taken from the album, Love Among The Ruins, is out today and can be watched below:

Halcyon Hymns is the fifth DBA collaboration, following their previous studio albums Pictures of You (2012), Suburban Ghosts (2015) and Skyscraper Souls (2017). The duo have also released Live In England (2019) recorded at their first ever concert at Trading Boundaries, East Sussex, in 2018.

Following two more successful and enjoyable evenings at Trading Boundaries in February of 2020, Geoff Downes returned to Wales and his projects while Chris Braide returned to LA and struggled to find motivation with the unfolding events in a world of lockdown. Inspiration would return following a call from a close friend.

“Marc Almond suggested I ‘get stuck into another DBA record’ to lift the malaise,” say Braide. “Somehow it was hard to muster any enthusiasm for it. We had all been so upbeat at the recent shows and now here we were in a collective, creative void. It’s odd the way inspiration strikes though and it never ceases to delight and surprise me when the muse comes to play and it can happen at any time and without warning.”

“I opened up a folder of new DBA ideas Geoff (Downes) had sent to me a while back and which I’d listened to briefly and had made a note to do something with them at a later date. I can’t say why it happened but one day in the studio as I listened to the bits and pieces of ideas suddenly the songs started tumbling out as if by magic. I’m not exaggerating or being melodramatic. These new songs sounded like personal reflections, they just wrote themselves. It was so easy, so enjoyable and so meant to be. Like a gift.”

Geoff adds: “It was so great to witness Chris’s creativity making my fundamental ideas come alive. He took the bare bones of melodies, harmonies and textures I sent him, and somehow crafted these into something way beyond my expectations or imagination. Love Among The Ruins is one of the many examples on the album of his rare genius at work.”

The CD/DVD package also includes video footage of legendary artist Roger Deans painting sessions as he creates the album cover artwork for Halcyon Days together with lyric videos for three tracks from the album. 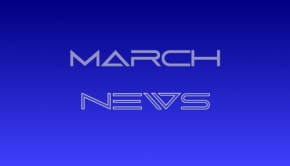 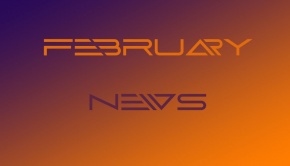 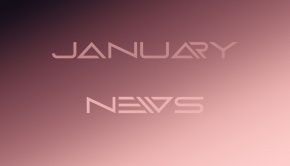 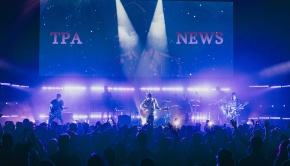