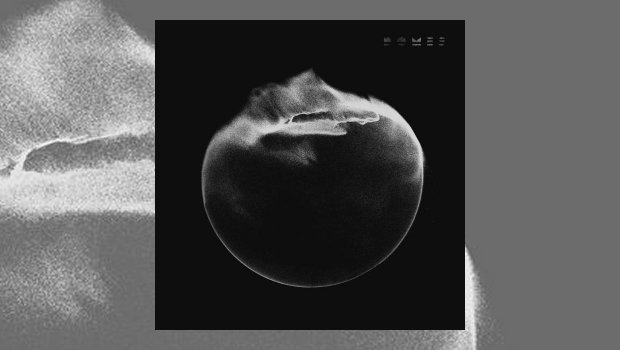 One of the most intriguing things over the last year has been watching New Zealand band Domes build their debut release. A self confessed experiment, rather than be released all at once, each track has been released individually. A test to see how true it is that prog fans tend to be album – rather than single – centric. The final piece in the puzzle was released at the beginning of October, and all six tracks will be collated into one on the anniversary of the release of the first single (8th November). Quite how this will be done remains somewhat of a mystery, and the full release does not yet have an official title, though one proposed name (Vol. 1) certainly fills me with hope and happiness, as it ensures the debut of Domes is not a one-off.

My interest in Domes began when I realised that there were strong links with Decortica who released three albums in a four year period between 2008 and 2012. Decortica was largely Mathew Bosher’s baby, but both fellow Domes members, Brendon Kahi and Dan also played a role in Decortica’s history. Kahi was also for a time in Ender, whose sole release (as far as I’m aware) is far less known than it deserves to be. Decortica were a heavy but melodic beast that, if I’m to make a simplistic comparison in order to save time (since this review is for Domes), sounded like a tag team of Oceansize and Muse taking on Shihad and Deftones, and cheered on by Filter and Tool. Is there much of this in Domes? I’d be lying if I said there were not, but there is a lot more too. Domes have a far more mature and assured sound, that is definitely more their own – and far less likely to draw comparisons to other bands. And Domes have definitely realised that not everything needs to be poured into a song. There’s a restraint that lends the album greater dynamics and greater impact. It’s not necessarily as full on or in your face, but it’s heavier and has far greater depth.

The same can be said for the length of the release. It seems some 40 songs were written, but only six have made the cut for this debut release. As per their website, “For the band, the project has been about music as altered experience through the aspiration, affirmation and adventure of it all. With melodies that writhe, arrangements that fold in on themselves and riffs that mine the senses, these songs tell the story of a transformational journey that leaves an indelible impression.” The idea of a musical odyssey on which all followers have been journeying with the band, has been incredibly brought to life by the running commentary. There has been no chance to ask “are we there yet?”, as detailed promotional drops have come with regularity. For those who’ve not been there from the beginning, many of these can be found in the Blog section of the Domes website. Between social media, podcasts, a mailing list, and playlists, both from the band and followers, the journey towards the completion of this debut release from Domes has been the most interactive campaign I’ve ever known. I admit to initially not being totally onboard with the idea of the EP being released song-by-song, but I was soon swept along in the wave of enthusiasm.

It’s for this reason that I’ve not really delved much into the music in this review. I rather hope your interest is piqued, and you’ll undertake the journey of discovery I went on. Of course, you’ll be able to do this in a binge session (Netflix and chill?), but do take the time to read about each song, as everything about this release has been carefully and meticulously detailed! As a shortcut, HERE is the direct link to the first blog entry, so that you can work your way forward. The final words of the entry are quite impactful for me. I didn’t see them at the time, as I was not present at the very beginning. But they make a clear statement: “This is an experiment for us. Rather than wait until a ‘big bang’ release, we want to share the journey in a transparent way with anyone curious about our art or independent music. Here we are, without any published material as yet but an open invitation to see it unfold.”

It seems funny to think I was not there in the beginning, and yet was there for Domes’s debut single, Malady, after a long post about lyrics where Bowie was mentioned. I can’t recall how I came by this post (a FB sponsored post, perhaps?) but I was onboard from there on in. Malady screams ‘opening number’. It is full of intent, and the introduction sucked me in immediately. Waves of Oceansize wash over me. Hints of post-rock, post-metal, post-hardcore, post-this, post-that. It’s a great opener, but still leaves one unprepared for the assault that follows.

Domes note that “The prefix post is sometimes helpful, sometimes not, though it’s where we tend to find the familiar reframed in new, exciting ways […] crossing vaguely defined boundaries of sub-genres of loud music.” And this is absolutely true of The Futurist, which is easily one of my favourite tracks from the EP, as it traverses a range of moods and styles. What made it particularly special is that Domes matched every dollar from purchases of The Futurist on Bandcamp, and donated the net total to the Red Cross of Australia (who were experiencing those horrific wildfires at the time).

The band seem to save the best for last, though. As much as I like The Futurist, the pairing of Ma’adim Vallis and R is simply incredible. R came as quite a surprise when it was released, being very different from all that had come before. Is it so surprising, if listening to the release for the first time as a whole? I’m inclined to think probably not, which does make me think the band made the right decision in releasing the EP the way they did. Hopefully the blog will be updated on the website, as there are several newsletters that are deserving of greater attention and could be incorporated into the blog. Ma’adim Vallis and R, particularly, are lacking the substance and attention given to previous songs in the blog at present. And it’s a shame, as they really do finish the EP in style, and it would be nice to see their part in the journey reflected in the blog.

Where Domes take me next, I don’t know – but rest assured I will be following eagerly, as I will their record label – which promises to be another enjoyable journey. Domes are definitely a band that deserves more attention, and Rothko will clearly be a record label worth following. Given the sheer amount of talent coming forward from New Zealand this year, and being recognised internationally, Domes have definitely chosen the best time to have the best chance of greater acclaim.