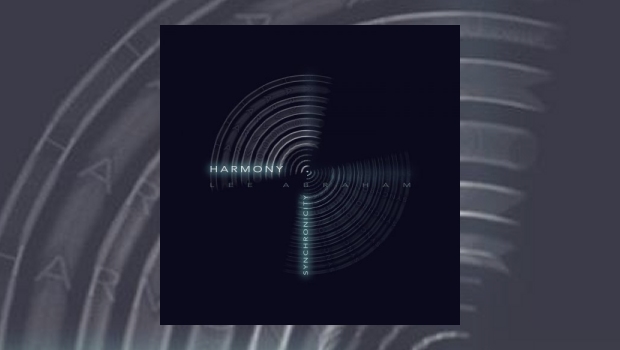 Lee Abraham is clearly on some sort of creative kick right now with a new solo album hot on the heels of his Echo Rain instrumental project EP, Western Skies, and not long after his release of one of the outstanding progressive rock albums of 2019, Comatose. Whilst that was an extended, ambitious and flowing song cycle imagining the experience of someone in a coma following an accident, Harmony/Synchronicity is a collection of much more accessible songs in a more AOR style with progressive elements, similar in nature to his fine 2017 album Colours. It seems each album is a reaction to the previous one for the now rather prolific Abraham. That’s putting aside his input into Galahad who are currently re-releasing 1998’s Following Ghosts in an expanded edition with an Alternative Ghosts disc of new versions, also featuring Abraham on guitars. Lee certainly keeps himself busy!

Harmony/Synchronicity is a collection of seven melodic rock songs of his usual smooth style and  crafted quality. Lee Abraham has now firmly established himself as an excellent lead guitarist, and ‘guest guitarists’ on his solo albums are now a distant memory. Additionally, Lee is also proving himself to be pretty adept on keyboards, handling that whole department on this album. Lee’s trusty drummer Gerald Mulligan is the only other additional musician, and he plays with his usual aplomb, particularly on the atmospheric instrumental Misguided, Pt.2, in which he performs with subtlety or power as required.

Lee has yet again recruited a set of excellent guest vocalists, and shows his usual skill in providing different songs perfectly suited to their respective vocal talents. Previous eminent guest singers have included Sean Filkins (ex-Big Big Train), Steve Thorne, Gary Chandler (Jadis), Steve Overland (FM), Dec Burke (ex-Frost* & Dust) and Robin Armstrong (Cosmograf). Two vocalists he seems to consistently turn to are Simon Godfrey (ex-Tinyfish, Shineback & Valdez/Tribe of Names) and Marc Atkinson (Riversea & Moon Halo), and they return once again to perform Lee’s songs with their usual vocal skills and feel. To his roster of guest vocalists (which is increasingly becoming a ‘Who’s Who of Modern Progressive Rock’) Lee has added Peter Jones (Tiger Moth Tales/Red Bazar & Camel) and from his Galahad bandmates, Stuart Nicholson and Mark Spencer. (Apparently Stuart did wonder when Lee would ever ask him!) This is an impressive cast list and Lee gives them all well written accessible rock songs to express themselves, ranging from the hard rocking opening song The World is Falling Down, which seems to refer to this year’s pandemic (?),handled with his usual vocal excellence by Nicholson, to the anthemic closing number Harmony/Synchronicity, sung with characteristic assurance by Godfrey. Lee’s guitar riffs and keyboards sound very ’80s (in a good way!) on this impressive final song, and it reaches a crescendo with a trademark rippling and rising guitar solo from Abraham as Mulligan belts the skins off his drums. Stay is a much gentler melodic soft rock piece, sung smoothly by the wonderful voice of Peter Jones.

The silken voice of Marc Atkinson is entrusted with two songs on this album, after singing the whole of the excellent Comatose last year. Never Say Never features Abraham on piano on an opening with echoes of The Way It Is by Bruce Hornsby, before an undulating U2-like guitar riff takes over, whilst Atkinson’s warm voice sings of hope… and we all need some more of that these days, don’t we? It’s a straightforward melodic song and sometimes just keeping it uncomplicated is what is needed… Atkinson could sing the phone book and it would sound just fine! Rise Again has a slower tempo with a beguiling undulating Mellotron-like backing and acoustic guitars from Lee. Towards the end, Lee embellishes the song with a restrained electric guitar solo, but part of me just wanted it kept simpler and more acoustic – sometimes less is more, especially with the song floating on the lush Mellotron base.

The highlight of the album and it’s most ambitious piece is Hearing the Call which features Lee’s bass playing Galahad bandmate Mark Spencer on vocals, although Spencer has previously demonstrated his vocal excellence singing with Twelfth Night, particularly one of the best albums of 2018, the outstanding Sequences. Hearing the Call is the most extended (and dare I say it ‘proggiest’?) song on Harmony/Synchronicity and shows that Abraham is developing his keyboard skills in a rather epic sounding piece. Spencer’s impressive vocals are perfect for the feel of this dramatic song. Halfway through, Abraham launches into a fuel injected guitar line with Mulligan providing plenty of percussive artillery. After a brief organ passage the tempo and intensity further increases before the acoustic guitar ‘come down’ sweeps us into a more stately and altogether more heroic conclusion, which is intoned beautifully by Spencer.

Harmony/Synchronicity is an excellent collection of songs, framed in appealing musical settings and topped off with Lee’s scintillating guitar work, which shines right across the album. It does not possess the breadth or ambition of something like Comatose but perhaps wisely Abraham does not try to repeat what he did last time. Previous albums such as The Seasons Turn and Comatose amply demonstrate his ability to be more ambitious in his concepts and song writing.

Part of me when listening to this album did wonder whether Lee could ‘stretch the envelope’ a little more at times as he does seem to following a familiar and possibly predictable pattern set by previous albums Colours and Distant Days.  However, another part of me just said ‘Shut up being so pretentious, and enjoy the music!’ Perhaps in a year which has cast a dark shadow over us all, Lee Abraham just felt he needed to use his musical expression to be accessible, positive and optimistic… and he succeeds with a fine album full of high-quality rock songs – just shut up and enjoy it! 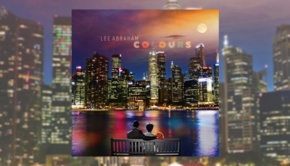 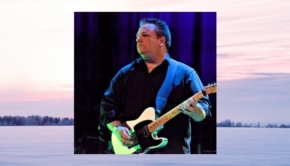