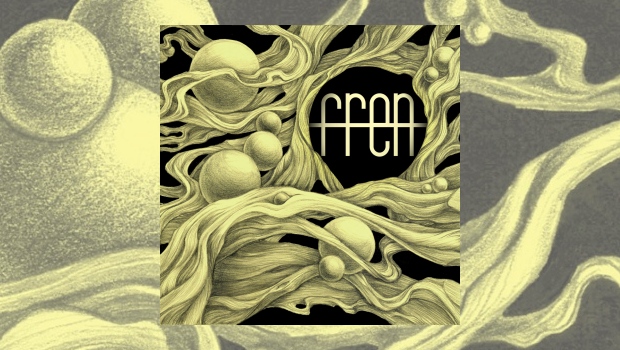 Fren – Where Do You Want Ghosts To Reside

Fren is a band that seems to have come from out of nowhere with their debut album, Where Do You Want Ghosts To Reside. I’ve seen all manner of people mentioning the album on social media in glowing terms, so when I saw it appear for review for The Progressive Aspect, I put my hand up for it fairly swiftly. I wanted to see what all the fuss was about, and I admit I wasn’t entirely convinced the album would – or even could – live up to the hype. But this Polish and Ukrainian group clearly know their stuff. They’ve concocted an absolutely astounding melange of sounds from the past and present that manages to paradoxically sound like everything else and nothing else all at once. I can’t help but name bands I hear, and yet what I’ve heard doesn’t actually sound like those bands at all. Fren have somehow managed to not only sound unlike anyone else, but also not even really reside in any particular genre. Is post-jazz a thing? I’ve no idea, but that seems as good (or useless) a label as any to affix to Fren.

So, what do Fren sound like? Or, should that be, ‘What Do Fren Sound Like’ (since the band seem to have named their album as a statement, rather than the question it appears to be, an analogy for the way the music within is indisputably their own, rather than the influences it appears to draw on?). Well, the opening track, Twin Peaks, actually feels like an extended introductory passage rather than a number in its own right, but it builds beautifully and flies by. It’s almost five minutes in length but feels more like two, and I could easily wish it to go on for a further five minutes. It’s mournful and melancholic, yet somehow warm and comfortable, and wraps me up so cosily that I’m reluctant to have it depart. Every time I hear it I think Twin Peaks is probably my favourite track on the album, but it is quite deceiving, having lulled me into what I assumed was going to be an enjoyable, if sombre, spacey trip, somewhat reminiscent of pink and tangerine dreams called Floyd.

Instead, all preconceptions are thrown out the window within the opening notes of what is probably my favourite track on the album, Surge. Beginning with the sound of Jethro Tull being fed through a seed drill into furrows of King Crimson, throughout the piece I’m reminded of all manner of other bands, including Rush, Genesis and Black Sabbath. Fren appear to have been influenced by, and borrowed from, all manner of classic bands, and morphed them into something quite original and not at all derivative. Calling this track Surge may be an understatement. It’s a maelstrom of surges, as the various sounds cascade over, around and through each other in violent turmoil. And it’s beautiful.

Gorąca Linia is the shortest track, but has an enormous amount going on within its short time frame, including an almost Iron Maiden galloping guitar, a somewhat Mission:Impossible bass line, and some absolutely gorgeous keyboard playing that re-minds me a little of Kevin Moore-era Dream Theater. Again, like Surge, nothing really sounds like any of those bands, so much as hints shine through at odd moments that I find reminiscent of them. It’s over too quickly, and I’m left wondering why the band chose not to extend this piece a little more.

The following Pleonasm takes us into jazz territory, with some gorgeous piano. Part of me doesn’t want to keep making these comparisons, but another part can’t help doing so. There are times I’m reminded a little of Gentle Giant, King Crimson, Steven Wilson and Genesis. It’s all bookended by that piano, and the final notes are sublime. However, if Pleonasm is the beauty, then Heavy Matter may just be the beast. The track plays around an almost mechanical descending tune, and jams all over and around it, before a particularly Floydian guitar comes in to rescue it from the depths, and have it soaring instead. The keys, too, could be Pink.

The bluesy opening to final number Time To Take Stones Away could also be compared to Floyd, as we are welcomed back to a machine like dirge. Two minutes in, and the tone changes completely as piano and bass almost seem to race each other with some urgency to find the next section. There’s a sense of anxiousness, but not darkness. The music almost fades out completely, before coming back sounding more assured, and with no need to rush. Rather than crescendo, the band plays a steady and repetitive, simple and minimalist guitar line with subdued percussion before the climax finally comes. The track ends as it began, but far more confidently. If the beginning passages seemed a mix of hope and apprehension, there is a sense of strength and self-assurance by the end.

Overall, this album provides a compact package of lush and rich atmospheric soundscapes that like the ducks in Itchycoo Park come out to groove about, be nice, and have fun in the sun. It’s a perfect summer album, and I will definitely be joining those throwing accolades around on social media. This is an album that deserves to be heard, and I’ll be doing my best to help get it out there.