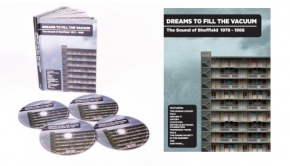 There’s a story that says that everyone who saw the Sex Pistols play the Free Trade Hall in Manchester went... Read More →

This album is the first by the post-Froese band where no new music was provided by Edgar, even as sketches... Read More →