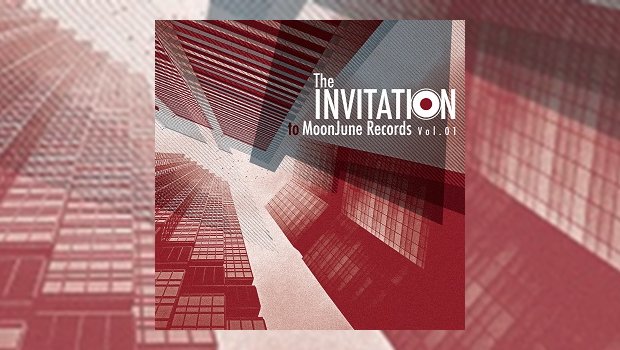 After 18 years, MoonJune Records are still going strong. For me, it’s a favourite label, releasing music that goes far beyond the progressive genre, taking in Jazz, Fusion, World Music, Experimental, and the Avant-Garde – MoonJune is like a train that won’t stop. With the name ‘MoonJune’ coming from the Soft Machine track Moon in June, from their 1970 classic Third, owner Leonardo Pavkovic has done an incredible job in bringing interesting music to audio explorers, and will hopefully continue to do so for many years to come. These releases are special, my ears always perking up to hear new and brilliant ideas.

With a roster featuring such artists as Mark Wingfield, SH.TG.N, Marbin, simakDialog, Copernicus, Slivovitz, Dewa Budjana and Moraine, to name but a few, the label is growing all the time. My first introduction to the label came in 2010 with the first of the Romantic Warriors documentary film series, directed by Jose Zegarra Holder and Adele Schmidt. It covered the dedication of the Prog genre and how it is still going strong, despite being ignored by the wider music industry, with help from the internet and, of course, social media. The bands mentioned in the documentary are finding an audience in new ways, creating their own sound that goes far beyond the mainstream.

But let’s get straight to this 2CD set, entitled The Invitation to MoonJune Records, Vol.01, released with a little help from MoonJune’s official partners in Europe, Audio Anatomy who, according to their website, are a group of enthusiasts immersed in the world of sounds, looking to take the next step towards creating a place where musical spaces intermingle.

Listening to this sampler is very much like a trip down memory lane for me, it made me feel right at home. You should really take note of some of the centrepieces to be found here. There is an eerie feel, reminiscent of David Bowie’s Outside-era, kicking this compilation off with an incredible and nightmarish live version of Stick Men’s Prog Noir, recorded in Japan for the Roppongi album. Italian masters Slivovitz give their own take of the ‘Dungeon Theme’ from 1986 Nintendo video game classic The Legend of Zelda and channel the style of French Progressive Rock band Atoll’s L’Araignee-Mal album with Fat.

Dusan Jevtovic creates his own ambient landscape through his guitar, walking through various locations and going into deeper atonalities with help from pianist Vasil Hadzimanov and drummer Asaf Sirkis on No Answer. Beledo delves into the spirit and textures of John McLaughlin, showing that he can bring both the metaphysicality and diaphanosity between his guitar and keyboards for Bye Bye Blues.

The late great Riza Arshad’s usage of the Fender Rhodes is quite an emotional trip, his spirit and legacy continuing to grow through his arrangements with simakDialog. When you listen to Tak Jauh Kedua you can tell that he’s in complete control, and the sounds of the Kendang percussion shows that he wants them to keep on and follow his lead.

The collaboration between Nicolas Meier and Mark Wingfield is, in my opinion, an incredible combination, bringing two masters together to honour Terje Rypdal. Listening to Mars Saffron, it is almost as if the instrumental piece was recorded during the sessions for Rypdal’s fifth studio album, Odyssey, recreating the chilling mountainous landscape on a cold and wintry evening in Norway.

D.F.A’s La Ballata De ‘Si Sposa ‘E Mannorri makes you want to revisit the Rock Progressivo Italiano (RPI) genre once more. The vocalisations of musical group Adhira bring light and beauty that climbs towards the heavens through transcendent minds, reminding me a little of vocal trio The Northettes who appeared on Hatfield and the North’s first two albums and Egg’s third and final album, The Civil Surface. D.F.A. create symphonic and Canterbury structures that take you through various locations in the heart of Italy.

Mahogany Frog’s post-psychedelic adventure of Saffron Myst shares the crossovers between Devo’s early days, the final album from Arthur Brown’s Kingdom Come, Journey, and CAN’s Ege Bamyasi, so for me, while I’ve been listening to Mahogany Frog for many years, it felt great listening to this track once more. I can almost imagine this along with the material from their Senna album being used as an alternate score for Sofia Coppola’s 1999 surreal classic, The Virgin Suicides.

But let’s not forget Holdsworth Pasquia Haslip Wackerman’s Red Alert, a tribute to both Tony Williams and Allan Holdsworth, which shows that their music is not just about laying down the Fusion elements, but also the funk styles of Parliament Funkadelic. Pasqua himself adds some of those Parliament grooves with heavy wah-wah distortion on his keyboards, while Holdsworth plays some incredible fret work that is quite mind-blowing with arpeggiated improvisations throughout his solo. After listening to this compilation I can tell you that I’ve had quite an experience.

I hope that Leonardo Pavkovic keeps the Soft Machine sounds of the label stoked with enough coal to keep the train chugging. In an interview with Anil Prasad ten years ago for the Innerviews: Music Without Borders website, Leonardo talked about the history of the label and Anil asked him what has been the greatest reward he had experienced with MoonJune. His answer was this;

“The greatest reward is that MoonJune is now an established global name, in the niche world of Progressive music. I really feel I am putting out quality records and that is being validated by global feedback. I feel like the future is wide open for MoonJune and that the possibilities are endless, despite the increasing decline of the sales of quality music. The important thing is to continue focusing on the niche. Overall, it’s been a fantastic experience so far.” 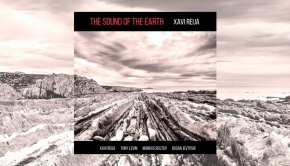 Xavi Reija – The Sounds Of The Earth → 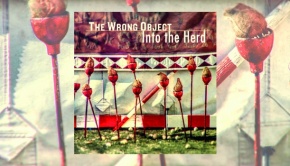 The Wrong Object – Into The Herd →