Some albums you encounter have such an arresting sparkle, the impact immediately captures your attention and simply refuses to let you go. Nightscape is just such an album. From the very beginning you are unwittingly exposed to a captivating exultation of the joy of being alive – a joie de vivre – which infectiously permeates every level and every element of this scintillating fifth album from the impressive Norwegian instrumentalists.

Following on from the memorable and outstanding Meeting Point (2016), part of the joy this dazzling release effortlessly communicates is the infectious delight these musicians have in playing alongside each other. Make no mistake about it, this is a band having fun. There is an encompassing and comprehensive spirit of happy inventiveness shining in and through the technically superb fusion of symphonic musicianship and melodic progressions which dances and plays with all manner of energetic rhythms, styles and variations.

The unmistakable mood of vitality and enthusiasm it creates brings a fertile originality and imaginative ingenuity to both the song writing as well as the playing. The opening track Wide Awake is exemplary as a showcase for the sheer quality of the instrumental interactions which become the standout feature of the album as a whole. Riveting solo performances seamlessly handshake in a breathless series of progressive transitions, saxophone giving way to keys, giving way to drums, giving way to guitar, all the while building to an enthralling crescendo.

Nor is this simply a demonstration of individual virtuosity. Each changeover not only echoes what has gone before but then skilfully crafts enticing organic bridges which carry the theme and the structure forward, introducing elements of novelty in the process which then carry forward at the next transition. The intricacy of the interactions are as mesmerising as they are delicious, forming a natural momentum which effortlessly and quite happily sweeps you along.

But the creative calibre of the ways in which the band interact with each other is only one story at work here. Reviewers frequently refer to ‘layers’ in relation to the ways particular instruments fill certain aspects of the soundstage, building and depending on each other to successfully paint a comprehensive and coherent picture. Nightscape is the perfect definition of how layers can be intelligently shaped in proximity with each other in order to create innovative and interweaving spaces for the music to evolve and unfold.

The magnificent Gabagool is a stunning exposition of how to lovingly mould and caress layers to produce gorgeous contrasts, melodic surges and sumptuous combinations which thrill in the way they coalesce and merge to recreate the familiar as the new. A 13 note repeating bass-synth sequence serves to anchor and demarcate the transitions whilst agile set phrases also repeat in ever complex variations. Listen to the closing segment as the trumpets enter the mix; slowly, but surely, they become ever more present, using a clever call and response routine in order to gradually take centre stage.

A further element which contributes to the success of this release is the change of pace and mood heralding an expansive and at times cinematic ambience, giving the music an enhanced feeling of depth and character. Room With a View and the beautifully sulky Ghost Notes augment and reinforce the spirit of the album whilst intensifying the flavour, mood and attitude of the music. They breathe an unmistakable insight and intelligence into the musical canvas which allows an extra measure of appreciation to open up.

Pymlico believe the songs on Nightscape “have a more traditional, song-based structure” which take inspiration “from some of the great pop music of the 20th century”. Certainly there is little doubt the album represents a shift in focus from the perhaps more ambitiously ranging tracks on Meeting Point. At the same time, it is easy to see Nightscape as both a condensing and consolidation of the textures and styles they were working on as well as a dynamic and vigorous evolution of the direction it was taking.

The result is an album which is instantly striking, musically lavish and creatively elegant. The excellence of the recording values ensures an imposing production which matches the superb musicianship and provides us with a collection of compositions which are to be thoroughly savoured and enjoyed. 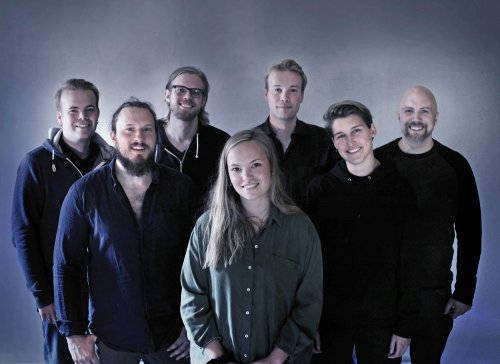